On the anniversary of its release, we made a list of reasons (and checked it twice) why Jon Favreau's 2003 hit is already a holiday classic. 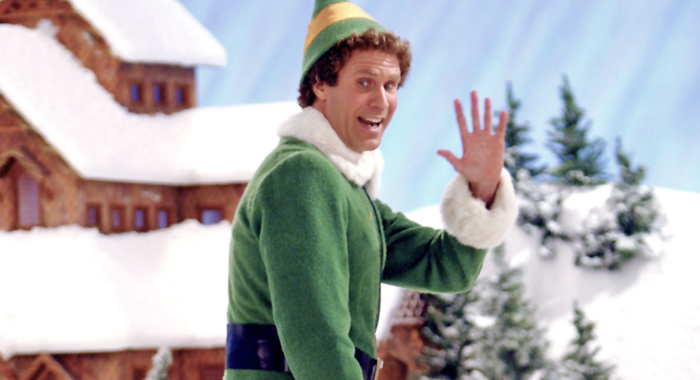 Written by David Berenbaum and directed by Jon Favreau, Elf was the holiday hit of the year, taking in more than $200 million worldwide, and earning equal praise from critics (it’s Certified Fresh at 84%) and audiences (it sports a 74% Audience Score).

Since then, Elf has become a holiday TV stalwart, spawned a hit Broadway musical and a stop-motion animated special, and turned into one of the most beloved Christmas movies of all time.

Even now, at 15 years old (old enough to doubt the existence of Santa), Elf is still full of Christmas cheer. So, why has this film earned a place on the Nice List for life? 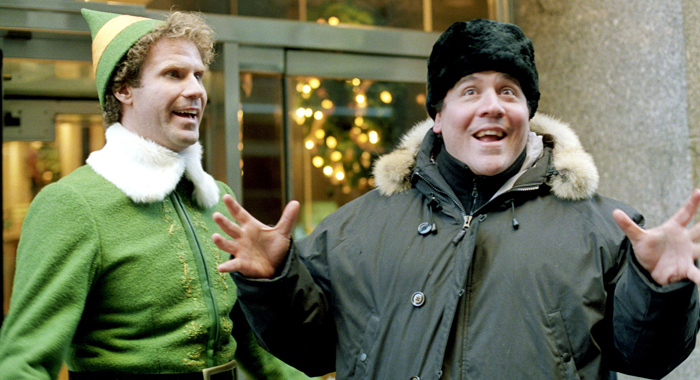 Prior to Elf, Jon Favreau was recognizable actor, but a relative unknown as a director. Granted, true Favreau-heads (Favr-ites?) might look to his 2001 independent film Made (Fresh at 71%) as Favreau’s directorial coming out party, but he was better known as one of the “money men” from Swingers and Monica’s millionaire boyfriend from Friends. But that all changed when he stepped behind the camera for Elf.

With his innovative and charming direction, Elf would go on to make nearly seven times its budget, and Favreau would go on to direct Iron Man, Iron Man 2, The Jungle Book, and the upcoming The Lion King.

But, if Favreau hadn’t taken on Elf (or if it hadn’t been quite a critical and commercial success), would he have been trusted to direct Iron Man? And if he hadn’t directed Iron Man, would the movie still have had the same vibrancy that made it such a hit? And would it then even spawn a sequel and set the stage for Captain America, The Avengers, Guardians of the Galaxy, and the rest of the blockbuster behemoth that is the Marvel Cinematic Universe?

Thankfully, Jon Favreau is so money, and Elf made sure we all knew it.

It Made Will Ferrell and Zooey Deschanel into Stars 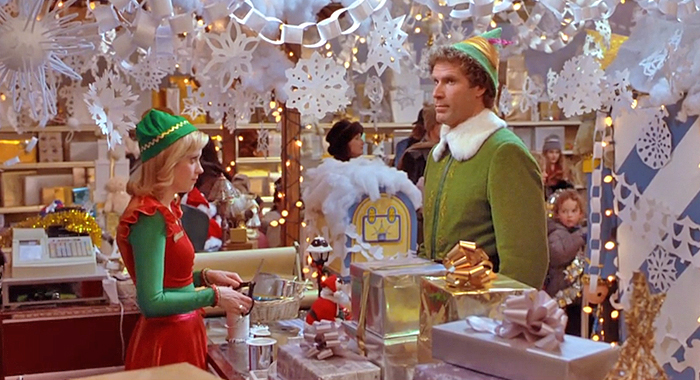 In 2003, Will Ferrell had already notched his name in TV lore with an impressive run on Saturday Night Live and stolen scenes in classic grown-up comedies like Old School, Austin Powers, and Zoolander, but it wasn’t known if the rambunctious man-child actor could carry a movie as a leading man, let alone a family film. Until, that is, everyone saw Elf.

The risk to cast Ferrell paid off, and launched him from recent SNL departee to Hollywood’s next great comedy star. In the following years, Ferrell continued to rack up hits with both adult-oriented comedies like Anchorman, Step Brothers, and The Other Guys and family-friendly fare, including Kicking & Screaming, The Lego Movie, and Daddy’s Home.

Elf also marked a coming-out party for Ferrell’s co-star Zooey Deschanel. After small yet memorable parts in Almost Famous and The New Guy, Deschanel was dangerously close to being known better as “that girl” than as “Zooey Deschanel.”

But playing the role of reluctant mall elf and Buddy’s reticent love interest, Jovie, Deschanel delivered a star-making performance, showcasing the charm, singing talent, and adorkable-ness that would make her into a darling of the indie film world and a staple of the sitcom one.

It Excels in Physical Humor

Will Ferrell has always been a larger-than-life performer, but Elf took that quality and ran with it.

As the only human in the North Pole (and a 6’3″ one at that), Buddy the Elf stands out amongst the diminutive elves of Santa’s workshop, but Ferrell needed some movie magic to truly look like a fish out of water.

Thanks to forced perspective, which manipulated the set to make the other actors appear smaller, Ferrell managed to tower over his elfin counterparts without having to resort to CGI or green screens. Favreau called this process “painstaking,” but the end result looks seamless and allowed the actors to appear as normal as possible.

It’s Super Quotable, All Year Round

Who can forget “He’s an angry elf,” “You stink. You smell like beef and cheese! You don’t smell like Santa,” or “The best way to spread Christmas cheer is singing loud for all to hear?”

Those are all well and good, but unfortunately, they’re only really well and good for about two months a year. But, you know what’s good almost all the time? Every other quote in the movie!

Answering the phone? “Buddy the elf. What’s your favorite color?”

Watching Cersei Lannister plot a scheme? “You sit on a throne of lies!” 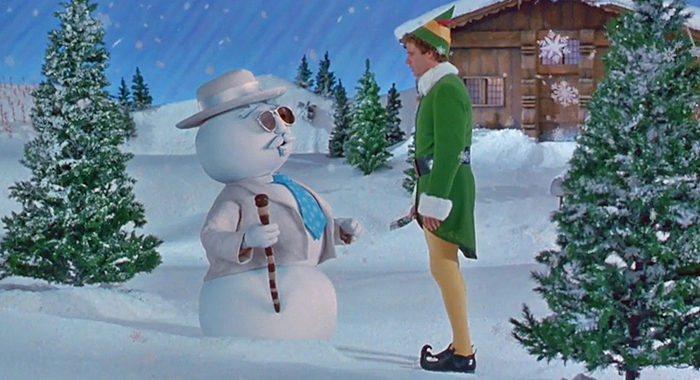 Unlike many Christmas movies of the 21st century, which sought to bring a modern sheen to the holiday, Elf went the opposite direction, drawing artistic inspiration from campy stop-motion holiday classics from Rankin/Bass like Rudolph The Red-Nosed Reindeer, Santa Claus Is Comin’ to Town, and Jack Frost to give a “timeless” feel to the whole film.

In an interview with 20/20 in 2017, director Jon Favreau said, “We used stop-motion animation… so when you watch it, it doesn’t feel like it ages the same way that a film that has a lot of digital effects does.” And even when Elf featured CGI, it used it to mimic the same classic stop-motion feel.

And it worked. Compared to other CGI-filled Christmas movies from the 2000s — including The Santa Clause 2 and 3 (55% and 17% on the Tomatometer, respectively), The Polar Express (55%), and Disney’s A Christmas Carol (54%) — Elf’s Certified Fresh 84% ranks on top. And fans agree as well, as last year Elf was selected as the Best Christmas Movie of the 21st Century by FandangoNOW users.