We know her as the charming, strong-willed housewife (Lynette Scavo, Desperate Housewives), the passionately driven mother of a murdered son (Barb Hanlon, American Crime), and the inspiring transexual parent of an estranged runaway teen (Bree, Transamerica). This week, though, we get to see Felicity Huffman as a CIA director who must work with the Vice President (played by Victor Garber) to find the President of the United States (Samuel L. Jackson) when he goes missing in Big Game. Huffman, one of today’s most lauded TV and film actors, gave us her list of five favorite films — movies that not only have entertained her but have served as inspiration for her ever-thought-provoking acting work. Here is the list, along with an astute explanation for each selection. Enjoy! 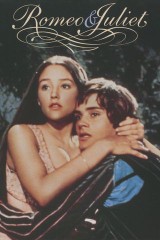 The one [film] that made me want to be an actor is [Franco] Zeffirelli’s Romeo and Juliet. I went and saw it and, because there might have been some sex scenes, I had to sit in front of my mom, and any time those beautiful young people took off their clothes, I would feel her hand clamp down on my eyes [laughing]. But that’s when I went, “Yes, that!”

RT: So it was the sex scenes that inspired you?

No, no! It wasn’t the sex scenes obviously, I didn’t see them [laughing]! It was just so romantic and so beautiful and I thought, “Oh my God, I want to be Juliet!” And of course I’ve had a career that is not about being the Juliet but I’m still in the business so I’m grateful for that.

RT: Have you played Juliet? 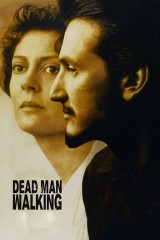 I think the next one was Dead Man Walking. One, it was a brilliant film with brilliant performances, but I thought the filmmaker put forth the question without giving us the answers. And I thought he did it masterfully. You know, it’s a question of capital punishment. It wasn’t preachy, it wasn’t didactic, it wasn’t sort of a polemic that you kind of go, “Let’s investigate this like an English class.” It was telling you a great story because, you know, all the audience wants to hear is what happened next. So it was telling you a great story, and based on the story telling I found my perspective changing. I had great sympathy for Sean Penn’s character and then suddenly I didn’t. And I thought he deserved exactly what he got. And then in the next fifteen minutes, my point of view would change. That’s why I thought it really involved you on an emotional level on the question of capital punishment. But even more than that I think it showed what film can do and what really great storytelling can do. 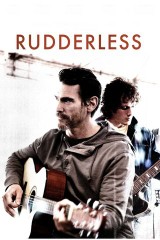 People might question this but Rudderless, which was directed by my husband [William H. Macy]. But I say Rudderless because of two things. One is because of the way the movie was structured, and the way Bill directed it. The audience got to experience in a small way, I think, what parents get to experience when their child does something horrific. That you’re going along with one experience of your child, which is, “He or she is like this, and this is the kind of person they are, and I love them dearly.” And then they do some horrific, incomprehensible action and it pulls the rug out from under you. And Bill did that and the movie Rudderless does that; it pulls a rug out from under you. Your breath gets knocked out of you, you go, “[Gasp].” And suddenly you are reevaluating Billy Crudup’s relationship with his son from a completely different perspective and, again, I just think that’s masterful storytelling.

The other reason is Billy Crudup’s performance. And, acting with Billy Crudup, I mean, what, did I do two scenes with him, maybe three? It really changed the target for me. I went, “Oh that’s what good acting is.” Really, and it really informed my work on American Crime. So for me it was a clinic on great acting. So for those two reasons. 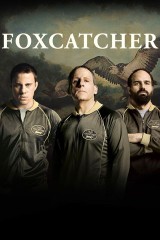 [Number] four is Foxcatcher. And again the two performances for me were — well, I guess the three performances — but one is the director. First of all, it was just so visually beautiful. And I felt like it was visually beautiful for a purpose, not just like, “Look at this lovely shot, and now we’ll get back to storytelling.” I mean every shot moved the story forward in some way, and yet was beautiful, or horrific. I thought Mark Ruffalo was just amazing, and Steve Carrell. So I watched it two or three times. I just thought it was just brilliant.

RT: That was such great character work.

It was great character work and I never saw the seams. I never went, “Oh, it’s a person playing a character.” It was just so beautiful. I love that one. 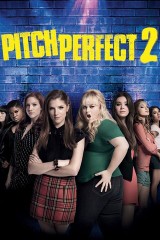 Finally, I think I’ve got to say Pitch Perfect 2. Because I think, one, it’s an incredibly enjoyable movie. I love it. I love the singing. But also because I think it moved forward… I think it helped the cause of women behind the camera. And I think those things are really important and must be supported.

RT: Absolutely. Do you have the soundtrack? Do you sing along?

Actually we do! [Laughing] We drove into town the other day– we’re out in this ranch in the middle of nowhere — we drove into town and put it in — my girls and I, we’ve now seen it now three times — and put it on our iPhones and sang all the way in. And I think Elizabeth Banks is just kick ass.

Kerr Lordygan for Rotten Tomatoes: Congratulations on Big Game coming out this week. What a fun movie. I mean, it’s fun for everybody, all audiences.

RT: And you got to work with Victor Garber who is awesome.

Huffman: Oh my God, I have such an enormous crush on Victor Garber.

RT: I think we all do. It was a lot of fun and you’re playing a CIA operative which is a little different, right?

Huffman: A little different. A little. And I got to act with Jim Broadbent who is fantastic. And the director Jalmari [Helender] was really funny. He would literally go into hair and makeup and put on wigs and make everybody laugh as he danced around and made faces. It was a really fun set.

RT: And to have such a young hero [Onni Tommila starring as Oskari] —

Huffman: Totally, a young hero. Also, he’s so sweet to look at with that face. Yeah.