Everything We Know About Shonda Rhimes' Netflix Shows: ‘This is Shondaland 2.0’

Scandal in Hollywood and Silicon Valley, dark comedies, historical dramas, and a doc from a Shondaland fave. 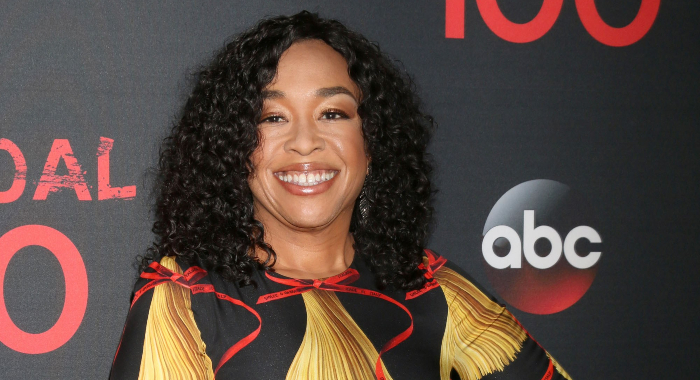 Netflix announced its first planned series with Shonda Rhimes and Betsy Beers’ Shondaland in 2018. In fact, there was so much drama and scintillating programming on the original development slate from the Scandal alums that Rhimes said in a statement then that “this is Shondaland 2.0.”

So, what exactly, does Shondaland 2.0 look like? The first of these shows is supposed to hit Netflix in 2020, which means we’ll be updating this list as more news becomes available. 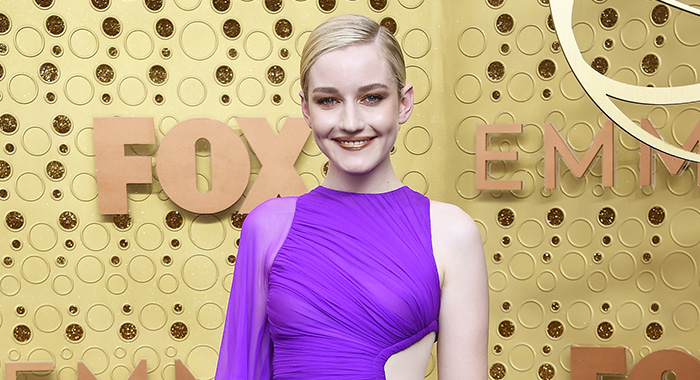 Rhimes is creating and exec-producing Inventing Anna based on the New York magazine story about con artist Anna Delvey.

Remember that viral story about a young and posh 20-something who duped Manhattan’s elite (even one Vanity Fair staffer) into believing she was an heiress? Well, according to the press release, Rhimes is going to make us wonder again if “she[’s] the stuff American dreams are made of or is she New York’s biggest con woman?” and “is it a con if you enjoy being taken?” It was later announced that the series would be called Inventing Anna. It will star Ozark Emmy winner Julia Garner as the titular troublemaker and Veep’s Anna Chlumsky as a reporter with a lot to prove who becomes embroiled in her web. The cast also includes Jennifer Esposito, Laverne Cox, and Scandal’s Katie Lowes and Jeff Perry.

The New York article mentioned Delvey’s penchant for shopping fancy designers like Acne and Rick Owens, so it’s also exciting that Scandal costume designer Lyn Paolo is credited on this series too. 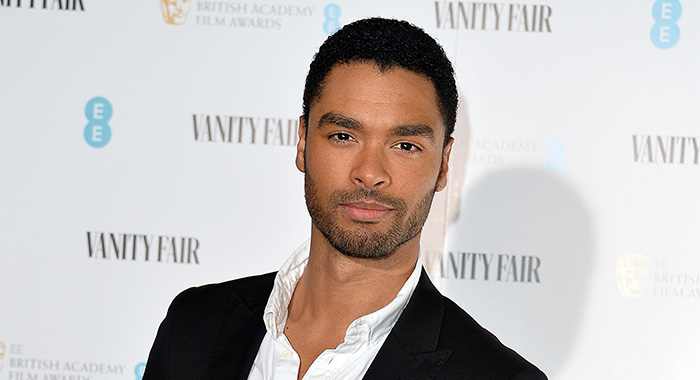 One of the first Shondland-Netflix collabs to hit the streaming site will be Bridgerton, a scripted soap set in the high society of Regency London, according to The Hollywood Reporter. It will be narrated by none other than Julie Andrews as the unseen gossip writer Lady Whistledown, while For the People’s Regé-Jean Page plays a duke who has his pick of the ladies, and Younger’s Phoebe Dynevor will play debutant Daphne Bridgerton.

The series is described as a “smart, feminist take on Regency England romance [that] unveils the glittering, wealthy, sexual, painful, funny, and sometimes lonely lives of the women and men in London’s high society marriage mart.” Chris Van Dusen, who is an alum of the Grey’s Anatomy, Private Practice, and Scandal writers’ rooms — and therefore knows a ton about steamy trysts — is adapting author Julia Quinn’s best-selling book series.

Anna Deavere Smith Adapts The Warmth of Other Suns 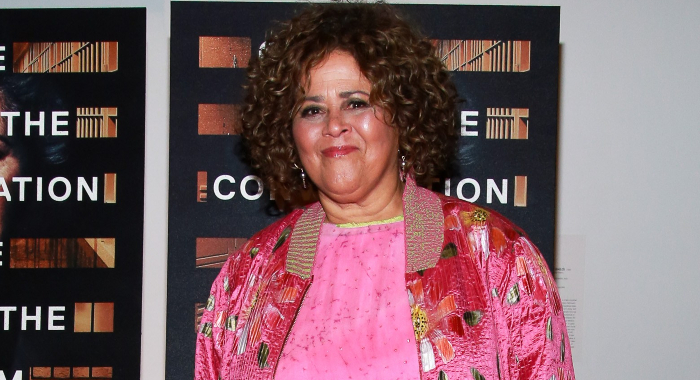 Esteemed playwright Anna Deavere Smith is making a TV show based on the Great Migration. Smith, who also appeared in Shondaland’s ABC drama For the People, is adapting author Isabel Wilkerson’s best-selling historical non-fiction The Warmth of Other Suns into a series that the press release promises will track “the decades-long migration of African-Americans fleeing the Jim Crow South in search of a better life in the North and the West between 1916 and 1970.”

Mad Men and Gilmore Girls alum Janet Leahy is creating a series currently titled Pico & Sepulveda, which is set in the 1840s when the state we now associate with Silicon Valley, Hollywood, and the beach was then part of Mexico. The press release says it will follow “the end of an idyllic era there as American forces threaten brutality and war at the border to claim this breathtaking land for its own” and sounds like an excellent companion for those who enjoyed the Netflix miniseries Godless, which has an 89% Fresh Tomatometer score.

There’s also a dark comedy set at a summer camp. 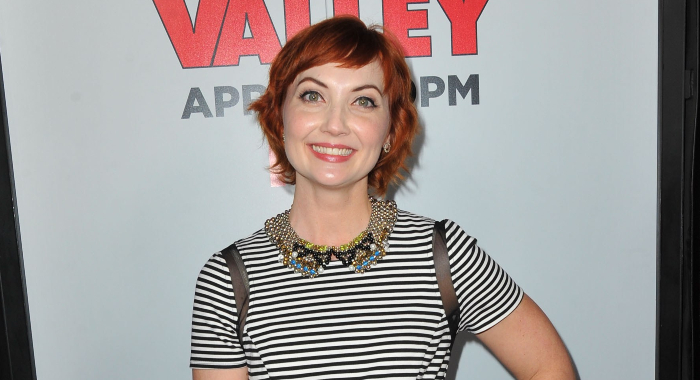 Writer-actress Jill Alexander — you may remember her as the oft-fired Hooli staffer Patrice from HBO’s Silicon Valley — is creating this half-hour series, titled Sunshine Scouts. The plot sounds ideal for anyone who enjoys Netflix’s teen-focused dark comedies like I Am Not Okay With This (85% on the Tomatometer): “An apocalyptic disaster spares a rag-tag group of teenage girls at sleep-away camp who must then summon their moxie and survival skills to weather the fallout and ensure all that remains of humanity abides by the Sunshine Scout Law.” 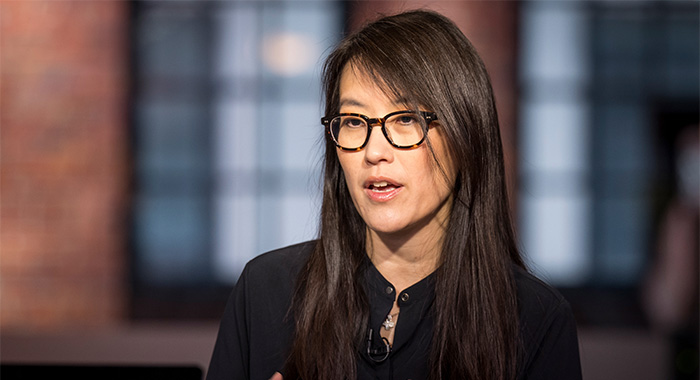 Netflix and Shondaland have acquired the rights to Ellen Pao’s groundbreaking memoir. Reset: My Fight for Inclusion and Lasting Change details the former Reddit interim CEO’s life and career, including the lawsuit she brought against her former employer Kleiner Perkins that triggered lasting media attention to sexism in Silicon Valley and foreshadowed the Time’s Up movement (in which Rhimes and Beers have both been active). Netflix has yet to announce a head writer or an official title.

Scandal Is Over, but Shondaland Hasn’t Left Washington

Also on the docket for an adaptation: Kate Andersen Brower’s non-fiction book, The Residence: Inside the Private World of the White House. While a head writer has not been named and the series does not have an official title, we are told that the series will follow in the footsteps of Brower’s book and give an “accurate insider’s account of White House residence staffers and the upstairs downstairs lives they share with the First Families at one of the most famous homes in history.” 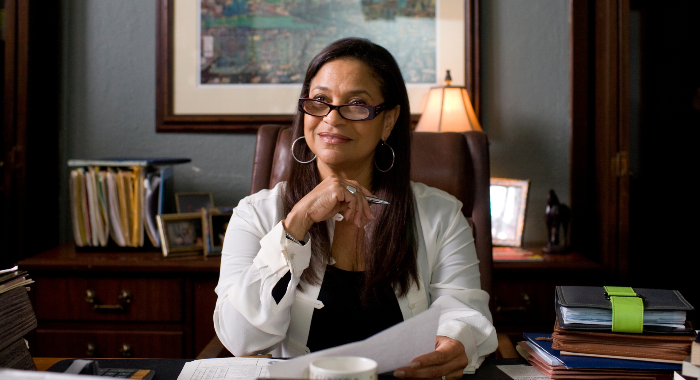 Tentatively titled Hot Chocolate Nutcracker, this documentary will go behind the scenes of the Grey’s Anatomy star’s (and frequent Shondaland series director) infamous Debbie Allen Dance Academy as they reimagine the classic ballet The Nutcracker with an inclusive cast and a blend of dance traditions. Oliver Bokelberg, who was the directing producer on Scandal, will serve as director, cinematographer, and producer.

Pucker Up to Netflix Anthology Series Notes on Love

Shondaland continues to add to its development slate, which now includes the anthology series Notes on Love. Announced in 2019, this episodic anthology series will explore the “unexpected, life-changing, euphoric, hilarious, surreal, and all-consuming places where love intersects with our lives,”  Variety reports. The first season, which will focus on marriage, includes episodes penned by Rhimes, Norman Lear and Aaron Shure, Steve Martin, Diane Warren, To All the Boys author Jenny Han, and Shrill author Lindy West and her husband, Ahamefule J. Oluo.