Everything Everywhere All at Once Broke Michelle Yeoh's Brain

The cast and directors discuss how they feel about multiverses now, what versions of themselves they'd like to become, and what a Daniels-directed Marvel movie might be like.

If you saw 2016’s Swiss Army Man, then you already know that the writer-director duo known as Daniels (Daniel Kwan and Daniel Scheinert) have a knack for balancing the absurd with genuine human drama, and their latest film, Everything Everywhere All at Once, certainly boasts plenty of both. Michelle Yeoh stars as a weary Chinese-American woman beset by family troubles and tax issues who is pulled into a dimension-skipping adventure by an alternate-universe version of her husband (Ke Huy Quan). Now she must learn to harness the abilities of her own multiverse variants in order to save reality, reconnect with her family, and finally finish her taxes. Sound like a lot? It is, but as Rotten Tomatoes correspondent Nikki Novak learned, the cast and crew had a blast making it. She chatted with both Daniels, Yeoh and Quan, and their co-stars Jamie Lee Curtis, Stephanie Hsu, and James Hong about what versions of themselves they’d like to be, how they responded to the Daniels’ script, and what it was like to be on the set of such a unique film. Curtis and Yeoh also talk about the instant bond they formed, and Yeoh describes in rather graphic detail the day that Daniels “broke her brain.”

Everything Everywhere All at Once is in theaters now. 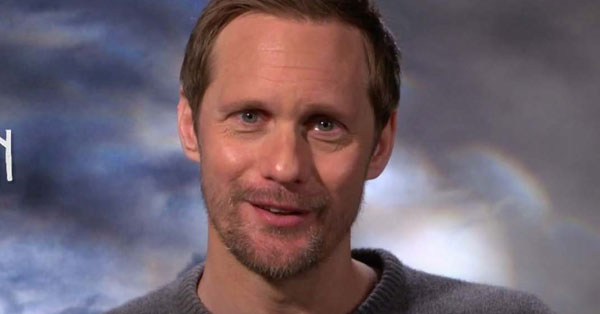