Liam Neeson is the new Naked Gun, The Joy Luck Club is getting a sequel, Adam Sandler is reuniting with the Safdie brothers, and new projects for Anya Taylor-Joy, Michelle Yeoh and Tina Fey, and Ryan Reynolds.

This week’s Ketchup brings you more headlines from the world of film development news, covering such titles as Five Nights at Freddy’s, The Oregon Trail, Spawn, and Tarzan.

EUPHORIA STAR SYDNEY SWEENEY TO BE THE NEW BARBARELLA 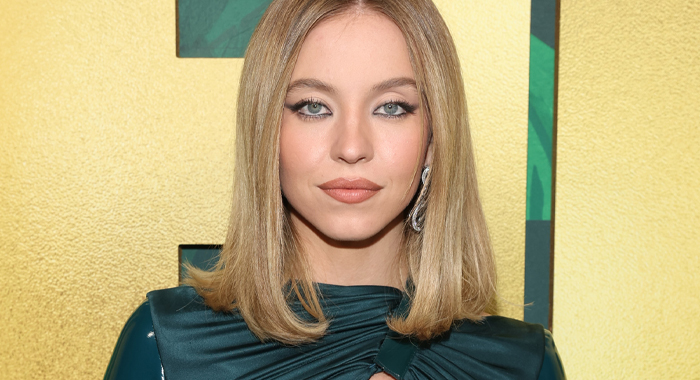 Young actress Sydney Sweeney recently received Emmy nominations for her roles in both The White Lotus (Fresh at 89%) and the second season of Euphoria (Fresh at 88%), both on HBO. This acclaim has helped Sweeney attract film roles, such as in Sony’s mysterious Marvel Comics adaptation Madame Web, starring Dakota Johnson. This week, Sony Pictures also attached Sweeney to star in their new adaptation of the classic French sci-fi comic book series Barbarella (Fresh at 74%), which was previously adapted as a 1968 film starring Jane Fonda. Not much is known about the film, including whether the same story will be adapted or whether the tone and the style will be the same. The idea of a new Barbarella has bounced around Hollywood for over a decade, including a possible series at Amazon and an adaptation that would have been directed by Robert Rodriguez, announced in 2007. In related news, Sydney Sweeney also signed with Universal Pictures this week to produce and star in The Caretaker, based on a short story that will be posted on Reddit.

1. LIAM NEESON TO STAR IN A NAKED GUN REBOOT FOR RESCUE RANGERS TEAM

Earlier this year, Disney had a surprising fan and critical hit with Chip ‘n’ Dale: Rescue Rangers (Certified Fresh at 80%), which skipped theaters for Disney+. That film was directed by Akiva Schafer of Andy Samberg’s Lonely Island comedy troupe and written by Dan Gregor and Doug Mand. Now, those three are reuniting for another comedy film that will dust off a well-remembered 1980s and 1990s franchise. Liam Neeson is in talks with Paramount to star in their reboot of The Naked Gun (Certified Fresh at 86%), based on the comedy franchise starring Leslie Nielsen, which itself was originally an adaptation (or extension) of the TV series Police Squad (Fresh at 90%). No other details have been revealed yet for the reboot of The Naked Gun, including whether or not it will be celebrity cameo-heavy like Rescue Rangers was. Seth McFarlane is one of the reboot’s producers.

2. ADAM SANDLER TO REUNITE WITH SAFDIE BROTHERS FOR NEW FILM

Although 2019’s Uncut Gems (Certified Fresh at 91%) was snubbed by the Academy Awards, it was still one of the most acclaimed films of the year and appeared on many critics’ “best of” lists. After apparently taking some time off for half of the Safdie brothers team, Benny Safdie, to take featured roles in projects like Licorice Pizza (Certified Fresh at 91%) and Obi-Wan Kenobi (Fresh at 82%), the Safdie brothers are now getting ready for their third film. The premise of the film isn’t yet known, but it will be a drama that will serve as a reunion with their Uncut Gems star Adam Sandler and a break from his steady stream of projects for Netflix.

It was just two weeks ago that director Robert Eggers’ (The Witch, The Northman) long-in-development remake of the classic German vampire film Nosferatu (Certified Fresh at 97%) finally  began to come to life, thanks to Focus Features. That announcement came along with the casting news that the vampire role of Count Orlok would be played by Bill Skarsgard (Pennywise in the IT movies, and the brother of Alexander Skarsgard, star of The Northman), and the female lead would be played by Lily-Rose Depp (after years of reports that the role may have gone to frequent Eggers collaborator Anya-Taylor Joy). This week, the third actor to be cast in Nosferatu was Nicholas Hoult, and while we don’t yet know the nature of his role, the most obvious one is probably that of Thomas Hutter, the real estate agent who visits Count Orlok (Skarsgard) and sets the story in motion.

Director Kenneth Branagh’s 2017 adaptation of the Agatha Christie classic Murder on the Orient Express (Fresh at 61% on the Tomatometer), starring Branagh as the famous mustachioed detective Hercule Poirot, earned more than $350 million worldwide, and its sequel, this year’s Death on the Nile (Fresh at 62%), was delayed by the pandemic and unfortunately didn’t meet with the same kind of success ($137 million). Nevertheless, a third film was put into production, and earlier this week, we learned that it will be an adaptation of Christie’s 1969 novel Hallowe’en Party called A Haunting in Venice. It will, of course, be set in post-World War II Venice on All Hallows’ Eve, and this time around, Branagh’s Poirot is “living in self-imposed exile” but “reluctantly attends a séance at a haunted palazzo when one of the guests is murdered, and the former detective must once again find out who did it.” Joining Branagh will be another ensemble cast that includes Michelle Yeoh, Tina Fey, Jamie Dornan, Kelly Reilly (Yellowstone), Kyle Allen (West Side Story), Camille Cottin (Killing Eve, House of Gucci), and Riccardo Scamarcio (John Wick: Chapter 2 and Chapter 3), among others. Production is set to begin this November at Pinewood Studios in London and on location in Venice for a 2023 theatrical release. In related news, Michelle Yeoh also joined the upcoming Transformers: Rise of the Beasts alongside Pete Davidson; Yeoh will voice the character Airazor, while Davidson will voice Mirage, and that film is scheduled to open on June 9, 2023.

5. A SEQUEL TO THE JOY LUCK CLUB WITH THE ORIGINAL CAST IS IN THE WORKS

When Crazy Rich Asians opened back in 2018, it made a lot of headlines for being the first major studio film to feature an all-Asian cast since 1993’s The Joy Luck Club, which itself was seen as a groundbreaking film that helped open up opportunities for Asian American actors. The latter was based on a 1989 novel by Amy Tan, who worked with screenwriter Ronald Bass to write the film after she was approached by director Wayne Wang. Almost 30 years later, we are getting a sequel to The Joy Luck Club, and both Tan and Bass are back on board to write the script. The story of the first film revolves around three interconnected generations of Chinese and Chinese-American women dealing with issues of motherhood and cultural identity, and in the sequel, “the mothers become grandmothers and the daughters become mothers in their own right, introducing a new generation exploring their own relationships with culture, heritage, love, womanhood and identity.” The original leading cast, which included Tsai Chin, Kieu Chinh, Lisa Lu, France Nuyen, Rosalind Chao, Lauren Tom, Tamlyn Tomita, and Ming-Na Wen, are in talks to reprise their roles alongside a new generation of actors, but we don’t yet have a release date.

Back in August, we reported that Top Gun: Maverick star Miles Teller had signed on to a new film from Doctor Strange and The Black Phone director Scott Derrickson called The Gorge. We still don’t know what the film is about, exactly, other than that it’s a genre-bending “high octane” action romance, but we do know who’s distributing it and who Miles Teller will evidently be romancing. Apple Original Films has picked up The Gorge for its Apple TV+ streaming service, and Anya Taylor-Joy (The Queen’s Gambit, The Northman) has signed on as Teller’s co-star. The busy Taylor-Joy recently appeared in David O. Russell’s Amsterdam, and she not only has the thriller The Menu set to open on November 18, but she also recently finished filming the Mad Max: Fury Road spin-off Furiosa for George Miller.

Speaking of people who have a lot on their plate these days, Ryan Reynolds not only has a hit show on FX (Welcome to Wrexham) and an upcoming holiday musical with Will Ferrell on Apple TV+ (Spirited), but he also recently made lots of fans insanely happy when he released a video on Twitter announcing Marvel’s Deadpool 3 and the return of Hugh Jackman’s Wolverine. Maybe those Deadpool discussions went better than expected, because Reynolds is now committed to produce a new adventure film based on Disney’s Society of Explorers and Adventurers (aka S.E.A.), a fictional organization that originated in Tokyo’s DisneySea theme park and involves a deep lore dating back to 1538 and multiple characters. The film will be written by Qui Nguyen, who co-wrote Raya and the Last Dragon and also penned and co-directed the upcoming Disney animated film Strange World (11/23/2022), and is intended to be the first in a franchise built upon the SEA mythology.