Does The Master of Disguise Deserve Cult Status?

When I was 13 years old in 1989, Dana Carvey wasn’t just my favorite Saturday Night Live cast member; I thought he was the funniest man alive. And if you were a tween or an early teenager in the late 1980s, Dana Carvey really was the funniest person in the world. There was something about his persona that appealed particularly to small children, a goofy, man-sprite playfulness that implicitly conveyed that while Carvey may look like a grown-up (albeit an eternally boyish one), inside he was the class clown every Saturday Night Live fan wished they sat next to.

Carvey was known for his political impressions, but even these had a distinctly child-like sensibility. Carvey didn’t impersonate the real George H.W. Bush — a Connecticut war hero who ran the CIA before spawning a political dynasty and becoming the most powerful man in the world — but rather embodied a child’s broad conception of this strange man as a funny-talking goober spouting catchphrases.

Then Carvey’s fans got older and the beloved Saturday Night Live cut-up more or less disappeared from the world of television and film, following the failure of his brilliant and uncharacteristically edgy and dark sketch comedy vehicle The Dana Carvey Show. The zeitgeist-capturing success of Wayne’s World — a film Mike Myers famously tried to cut the then- more popular Carvey out of — and its sequel notwithstanding, Carvey made a couple of limp vehicles (Clean Slate, Opportunity Knocks) and co-starred in some disastrously received studio films like The Road To Wellville and Trapped In Paradise. Aside from cameos in The Shot, Little Nicky, and the documentary Fire On The Track: The Steve Prefontaine Story, Carvey did not appear in a movie between his costarring role in 1994’s Trapped In Paradise and 2002’s The Master Of Disguise, which he also co-wrote with Harris Goldberg.

Partially out of childhood nostalgia and partially out of fondness for the Carvey era of Saturday Night Live, I had casually been looking forward to Carvey’s return, but The Master Of Disguise taught me and a generation that grew up on Carvey’s comedy to be careful what we wished for. The Master Of Disguise isn’t just a comedy very overtly pitched towards children; it feels throughout like it was made by children as well.

The fact that The Master Of Disguise is a children’s film does not render it any less perverse. If anything, the bizarre friction between the never-ending stream of weird sexual innuendos and self-indulgent references to R-rated movies released decades before the film’s core audience was born makes it even weirder. Most Hollywood executives might have a problem with creepy sexual content in a kid’s movie, but The Master Of Disguise feels like it was greenlit and overseen not by Joe Roth, the head of Revolution Studios, but rather by Sir Mix-A-Lot, who has always been refreshingly honest about his sexual preferences.

One of the film’s running jokes, for example, is that protagonist Pistachio Disguisey (Carvey) is sexually attracted to women with enormous posteriors that remind him of his beloved Mama’s (Edie McClurg, the original Edie McClurg type) zaftig rump. This is no one-off gag. On the contrary, it appears over and over again throughout the course of the film. In the most appalling instance, Pistachio and his grandfather (the great character actor Harold Gould) stare longingly at the big ass of a long-haired stranger walking away from them and are so shocked to discover the plus-sized bottom belongs to a dude that the ice cream cones they are conveniently snacking upon rocket straight into their mouths. It looks disconcertingly like two butt-obsessed men are performing oral sex on frozen treats — a rare example of a double gay panic joke in a PG-rated children’s film.

Early in The Master Of Disguise, Pistachio’s father (James Brolin) makes a getaway by pretending to be not just Bo Derek but specifically 10-era Bo Derek. That might seem like an awfully adult reference for a movie that would need to drink from a sippy cup if it were a human being, but The Master Of Disguise outdoes the 10 reference for jarringly inappropriate adult content by paying reverent homage to such beloved favorites of the pre-school set as The Exorcist, Scarface (Carvey spends an endless scene imitating Tony Montana as alter-ego “Mr. Peru”) and Jaws, which is lovingly resurrected by Carvey when he performs what appears to be Robert Shaw’s entire role late in the film.

Just about the only reference children might actually get is an unexpectedly melancholy moment when Pistachio tries to impress a little boy (whose mother ultimately becomes his assistant and love interest) by imitating Shrek, a movie whose primary voice is provided by a man famous for his troubled and tension-filled relationship with Carvey.

But before The Master Of Disguise can be glaringly, gallingly inappropriate, it first establishes an elaborate mythology for its title character, who we learn is part of a clan that has furtively protected society for ages through its uncanny gift for impersonation. The legacy of the Disguiseys has been kept a secret from Pistachio, who works in the family restaurant and, like Jerry Lewis long after his prime, is a grown-ass man in his forties who dresses and behaves like a mentally challenged child. Pistachio is a blinkered innocent, but during stressful situations he enters something of a fugue state where he can’t help but impersonate whoever he’s with.

Then one day, bad guy Devlin Bowman (Brent Spiner) shows up — he has an unfortunate predilection for laughing so hard and sinisterly at his evil plans that he unleashes explosive flatulence (because when you’re making a movie for kids you’ve got to explore the comic possibilities of both butts and farts to their full potential). Bowman kidnaps Pistachio’s parents and forces his father to use his uncanny powers of impersonation to steal priceless artifacts like the U.S Constitution. This is when Pistachio lazily lurches into action under the guidance of his grandfather to try to find his missing parents and thwart Devlin’s evil plan to sell beloved artifacts on a black market Ebay.

Now the purpose of a disguise, generally, is to fit into your surroundings so thoroughly that you are unnoticeable and can go about your important business uninterrupted, but Pistachio Disguisey pursues an antithetical strategy. Instead of blending in so well that he becomes borderline invisible human camouflage, able to swarm in and out of dangers inconspicuously, Pistachio makes such a bizarre, surreal spectacle of himself that not only is he destined to be noticed, but no one who ever sees one of his horrifying get-ups is ever likely to forget the trauma.

This extends to the audience. In The Master Of Disguise‘s signature scene — the reason the film has attracted such a strangely loyal following — Pistachio decides that the best way to go undercover at an exclusive enclave known as the Turtle Club is to disguise himself as a bald, turtle-shaped, amphibian-man hybrid who croaks “Turtle!” to no one in particular in a strangled voice redolent of deep mental illness and unimaginable damage.

Though he is presented as a lovably eccentric nut, Pistachio frequently comes across more like a deeply disturbed man who has suffered a definitive break from reality and lives in an insane world of his own imagining. His rampaging madness insists than an institution called the Turtle Club could only have acquired that name because it caters to a clientele of freakish man-animals who look and act like turtles, screeching the word “turtle” for no discernible reason when they aren’t retreating into a homemade shell (i.e. a turtle-shaped suit so enormous Pistachio is able to hide within it when threatened). “Am I not turtle-y enough for the Turtle Club?” Pistachio inquires aggressively — words I am ashamed to admit I will remember long after I forget the birthdays of my wife and son.

The turtle scene is at once the film’s nadir and its apex. Once seen, it cannot be unseen. It signals a shift from spectacularly stupid slapstick silliness to something that borders on avant-garde. The Master Of Disguise doesn’t have much use for a plot, but after the Turtle Club it all but abandons logic and linear storytelling altogether. The half-assed narrative becomes simply an excuse for Carvey to cycle through a series of characters that he obviously adores playing but which make very little sense within the context of the film, like a Tony Montana doppelgänger who also possesses the grace and moves of a ballet dancer.

The other actors in The Master Of Disguise don’t act with Carvey so much as they respond to his mugging and over-the-top shenanigans. This is particularly true of Jennifer Esposito, whose role is a never-ending assault on her dignity (at one point, Pistachio and his grandfather obsess about her “scrawny” posterior and how it fails to measure up to McClurg’s butt) but it’s also spectacularly unchallenging. All she really has to do is be attractive and seem appropriately embarrassed to be in the company of someone like Pistachio Disguisey, which is definitely within her wheelhouse.

The Master Of Disguise wraps up what little story it has around the 71-minute mark. This renders it barely feature-length, so the filmmakers eke another 10 minutes or so out of this nonsense with an endless series of outtakes and bloopers. What’s fascinating about this is that many of them are clearly from deleted scenes. Wikipedia lists fictional politician Mayor Maynot, real-life painter Bob Ross, a vampire, legendary ventriloquist dummy Charlie McCarthy, Groucho Marx, Gluteus Maximus (a parody of the protagonist of Gladiator), Forrest Gump, and a caveman as characters Carvey plays in the end credits but not in the film itself.

This raises the horrifying and fascinating prospect that the filmmakers shot way more footage than they ended up using (not difficult to imagine when the end credits show up shortly after an hour has passed) and that there were scenes that were written, costumed, and filmed but were edited out because they did not work as well as The Turtle Club scene or the one when Pistachio and his grandfather ogle the man’s ass.

I like to imagine that there is a four hour cut of The Master Of Disguise with every scene and character and costume included, but that anyone who watches it would go stark raving mad, and the people behind the film could not have that on their conscience. I would totally watch this fabled, probably theoretical cut because I find the film so hypnotically terrible and so joyously, wonderfully devoid of logic and sanity. It really feels like Carvey got an opportunity to realize every bad idea he’d ever had as a writer or performer and shoehorn them into one crazily overstuffed, overstuffed-with-crazy, impossible-to-forget extravaganza.

Though The Master Of Disguise is a commercial success that I imagine also did well on cable and home video, Carvey has not written or starred in a movie in the 13 years since the film was released. In a weird way, he doesn’t have to, because it feels like he did everything he ever wanted to do, film-wise, with The Master Of Disguise. It represents a strong, uncompromising vision no less fascinating for being insane and just barely a movie, rather than an extended highlight reel for the even longer film the end credits threaten. 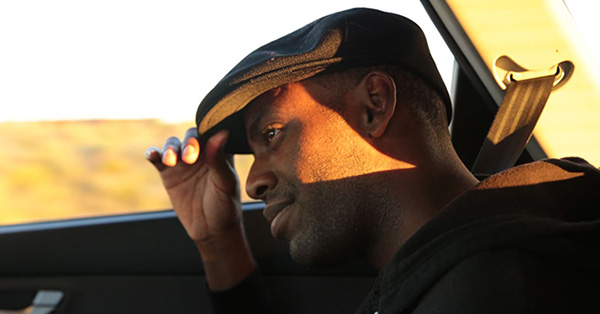