Sub-Cult is Nathan Rabin’s ongoing exploration of movies that have quietly been attracting devoted followings and are on the verge of becoming full-on cult sensations. 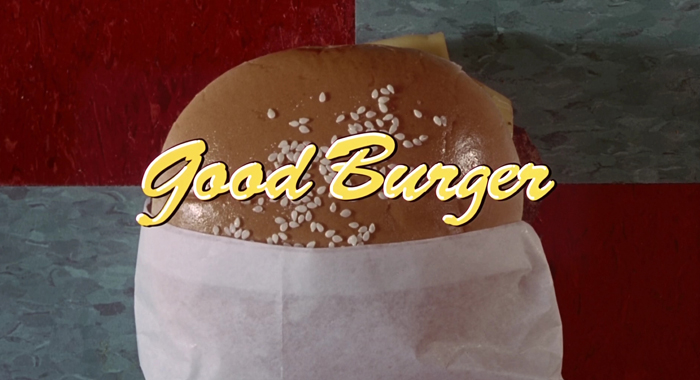 Once you pass a certain age, it’s hard to watch television shows pitched exclusively at children on Nickelodeon or The Disney Channel and not feel about as creepy as a grown man who sneaks into a high school locker room wearing only a too-tight Speedo and too-baggy trenchcoat. So there is a good reason why, despite my curiosity about Hannah Montana as a strange pop culture phenomenon that then birthed the even stranger pop culture phenomenon of whatever the hell Miley Cyrus is these days, I never set out to watch a single episode of Hannah Montana.

Over the past 20 years or so, television comedy for adults has grown increasingly sophisticated and mature in its storytelling and structure, as the influential but ultimately conventional Seinfeld gave way to the much darker and more challenging Curb Your Enthusiasm, and one-camera sitcoms with no laugh track went from being weird outliers to the default form for shows with any kind of ambition.

But if adult television comedies grew more sophisticated, television comedies for kids traveled in the opposite direction. Instead of running away from the hoary old conventions of sitcoms and sketch comedy shows — frenetic mugging, cartoonish characters, the unseen but oppressive laughter of easily impressed masses, idiot plots, gags older than Methuselah and twice as tired — the shows of kiddie TV kingpin and Head Of The Class cast-member Dan Schneider (All That, Kenan & Kel, The Amanda Show, Victorious) doubled down on them.

That makes sense from a commercial standpoint. If you’re trying to appeal to a hip, educated, and refined audience, you do not want to be shackled to the cornball conventions of an earlier age. But if your target demographic is children who may not even possess a sense of humor, let alone an advanced comic sensibility, then it’s commercially savvy to spoon-feed them as much possible, especially if you’re not even bothering to try to appeal to an adult audience.

For Good Burger, the big-screen spin-off of Nickelodeon sketch comedy hit All That, almost comic-book-level broadness, non-stop comedic mugging, corny wordplay, and one-dimensional characters aren’t flaws so much as cornerstones of its sensibility. That’s a beyond-broad, candy-colored, family-friendly sensibility that obviously connected with a lot of children at the time of the film’s release and holds up surprisingly well 18 years later.

Good Burger opens with Kel Mitchell’s Ed chirping, “Welcome to Good Burger, home of the good burger. Can I take your order, please?,” a seemingly mundane bit of banter that Mitchell repeats so frequently and with such demented glee over the course of the film (and earlier, in the “Good Burger” sketches on All That that inspired the film) that it has become a surprisingly ubiquitous catch-phrase and gif.

Before the film puts Ed in front of customers whose increasingly apoplectic orders he thoroughly and, I would argue, unprofessionally fails to grasp, he first has a dream in which he soars above the earth with talking hamburgers with eyes, exclaiming exuberantly, “I’m flying with hamburgers!”

I enjoy this scene both because it signals that the film will be a little goofier and more surreal than you might imagine, given its Nickelodeon pedigree, but also because it suggests that the entire film might very well be the subjective hallucinations of a drugged out madman, the kind of utterly insane lunatic who imagines himself flying with fried meat patties.

Mitchell plays Ed as a surfer/space cadet/stoner amalgam of Fast Times At Ridgemont High’s Jeff Spiccoli and The Simpsons’ Ralph Wiggum, with a little of MTV’s Jesse Camp thrown in for good measure. In other words, he is a wholly original combination of ubiquitous comic icons (except for Camp, who might as well be in witness protection for how often he pops up in the news these days). But Ed is another comic staple as well: he is the uncomprehending fool, whose lineage can be traced back to the baggy pants comedian of the vaudeville stage and before, who can be counted upon to misunderstand every verbal interaction in the most comedic manner imaginable.

Ed works at the eponymous fast-food establishment, a ramshackle employer of kooks, goofballs, and misfits alike (as well as Abe Vigoda, who acquits himself nicely with some inspired nearly-dead jokes) where he mans the register despite a pathological and, at times, quite comical inability to understand the English language. His unfamiliarity with colloquialisms, colorful phrases, cliches, and anything other than the most literal kind of language constitutes about 90 percent of the film’s humor; if the rimshot-worthy wordplay were removed, the film would be reduced to the Nickelodeon logo immediately followed by the end credits. Honestly, Ed’s grasp of English is so feeble, he might as well not speak it at all.

While Ed’s life revolves around his love of Good Burger (when it comes to blind devotion, the people of Jonestown had nothing on Ed’s feelings toward his employer), cool dude Dexter (Kenan Thompson, the “Kenan” part of Kenan & Kel) indulges in shenanigans like stealing his mother’s car and crashing it into the automobile of teacher Mr. Wheat (Sinbad). Sinbad plays Mr. Wheat in what appears to be a “Funky Black Power Buffoon” costume from a failing Halloween store in an outlet mall, but throws on a shiny giant butterfly collar so that the look isn’t overly sedate and understated.

Dexter will get into serious trouble unless he can raise the money to pay off Mr. Wheat, so he reluctantly gets a job at Mondo Burger, Good Burger’s fierce rival and a mega-food-emporium that’s part nightclub, part Disneyland, and part fast food establishment. Mondo Burger dwarfs Good Burger in every respect, particularly the size of the restaurant and the size of their burgers.

That is because Mondo Burger has been using an illegal additive to make its burgers freakishly large, and I have officially given Good Burger’s plot far more time and attention than it merits. Dexter ends up working at Good Burger after getting fired from Mondo Burger, and after Ed invents a delicious secret sauce that gives Good Burger a competitive advantage, Dexter takes advantage of his friend’s wide-eyed naiveté by trying to swindle him out of the money he is owed for his remarkable discovery.

It’s kind of adorable the way Good Burger intermittently attempts to be an actual movie instead of a 95-minute blast of random tomfoolery. It’s sweet that Good Burger feels the need to provide an origin story for Kenan & Kel’s relationship and their jobs at Good Burger, as if otherwise audiences would just never buy that a teenager like Dexter would be working flipping burgers.

About halfway through the film, Dexter and Ed bond when Dexter comes clean about the deep scar his father’s abandonment left within his soul as they gaze up at the stars on the roof of Good Burger. The tone in this scene is so sentimental and jarringly off that it’s hard to tell whether the filmmakers are trying to shoe-horn in an arbitrary element of “emotion” and “pathos” in a movie that neither needs nor can support either quality, or if they’re merely setting up a joke and taking their time in doing so.

It turns out Good Burger is doing both. After Dexter is done spilling his heart out as much as anyone can expose themselves emotionally in a film like Good Burger, he reflects that he doesn’t even remember what his father looks like, to which Ed obliviously retorts, “I don’t remember what my dad looks like either, but at least I get to see him every day,” which is technically a comic payoff for the scene, I suppose, but really raises more questions than it answers. Why can’t Ed remember what his father looks like from hour to hour? Does he have face blindness? Is he afflicted with a form of amnesia like the protagonist of Memento? Or is he just utterly insane, as is suggested over and over again throughout the film, overtly and otherwise?

Speaking of insanity, at one point in Good Burger, Ed and Dexter are shuttled off to Demented Hills Asylum after they find out too much about Mondo Burger. This part doesn’t make a whole lot of sense, even for a live-action cartoon like Good Burger, but while lurching about in the loony bin one day, Ed literally bumps into George Clinton and leads his fellow mental patients in a “Thriller” style group dance to the funk Clinton is laying down.

If I was on the fence about Good Burger’s brightly lit, endearingly goofy nonsense before this sequence, this production number conclusively tipped me over to the film’s side. It’s not funny, necessarily, but it is genial, likable and mildly amusing throughout, and full of gags and characters that hint at a subversive intelligence being kept in check by the necessity to appeal to a mainstream family audience.

Very early in the film, for example, Ed wakes up from the dream where he’s flying with hamburgers and, upon encountering his alarm clock, he screams out in horror, “A clock!” suggesting that he isn’t freaked out by the prospect of being late, but by the existence of a clock in the first place. Ed seems to inhabit a different universe than everyone else, one where people in mental hospitals spontaneously break out into choreographed dance numbers, and words almost invariably mean the opposite of what they’re supposed to mean.

In their bid to uncover the secret of Ed’s much sought-after sauce, Mondo Burger dispatches a sexy vixen played by Carmen Electra to learn its ingredients, but a man who cannot comprehend the basics of human communication cannot be seduced because he similarly cannot comprehend the basics of seduction. Ed is a weird little saint in Good Burger, a true believer in the transformative power of fried meat and french fries, and though Thompson would go on to have a more impressive career, thanks largely to the seven decades he has spent essaying the role of the “black guy in a dress” on Saturday Night Live, Mitchell gives the more impressive performance here. Thompson is a fine straight man, and his chemistry with Mitchell is strong, but it’s Mitchell’s daffy, dadaistic innocence that powers the movie and gives this silly, endearing little trifle its surprising longevity.

To people who grew up on All That and Kenan & Kel, the bright lighting, goofy performances and cartoonish shtick of Good Burger doesn’t just look and feel like the television shows they liked when they were younger. For these nostalgic souls, Good Burger looks and feels like their childhood. That connection to one’s youth is ultimately more powerful and important than any mere consideration over whether a movie is “bad” or “good.” Good Burger didn’t transport me back to my childhood. No, that was defined by such unassailable exemplars of quality as Saved By The Bell and You Can’t Do That On Television. But after watching Good Burger, I understand the younger generation’s love for it, and share at least part of it to the extent a geriatric old soul like myself can.

Up next: Punisher: War Zone 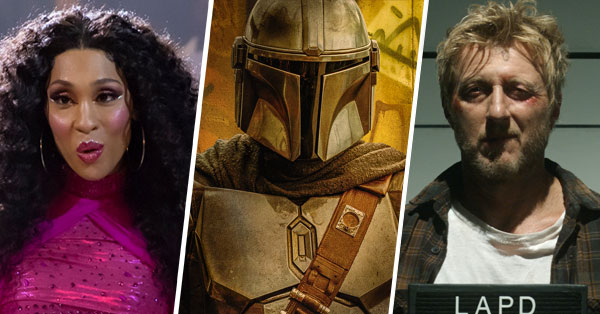 Biggest Snubs and Surprises from the 2021 Emmy Nominations