David Letterman to Return to TV on Netflix

Former "Late Show" host has signed on for a six-episode talk show series to premiere in 2018. 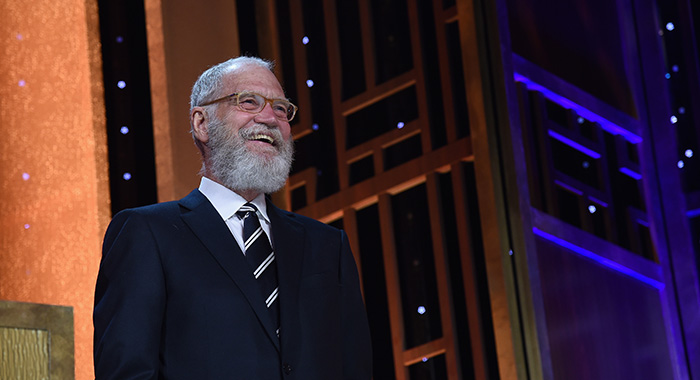 David Letterman is the latest star to find a new home in streaming. Netflix announced Tuesday that the former host of The Late Show has signed on for a six-episode talk show series to premiere in 2018.

“I feel excited and lucky to be working on this project for Netflix,” Letterman said in a statement. “Here’s what I have learned, if you retire to spend more time with your family, check with your family first. Thanks for watching, drive safely.”

The not-yet-named series will featured in-depth conversations with “extraordinary people” as well as in-the-field segments away from the studio.

Letterman, the longest-serving host in U.S. late-night television, began his hosting career with the 1982 debut of Late Night with David Letterman on NBC and retired from CBS’s The Late Show in 2015, after 33 years and 6,028 total episodes. He has 10 Emmy Awards, is a two-time Peabody-Award winner, and a Kennedy Center Honoree. He will also receive the Mark Twain Prize in October.

“Just meeting David Letterman was a thrill; imagine how exciting it is for me to announce that we will be working together,” Netflix Chief Content Officer Ted Sarandos said. “David Letterman is a true television icon, and I can’t wait to see him out in the wild, out from behind the desk and interviewing the people he finds most interesting. We’ll have to see if he keeps the beard.”

The project is being produced by Letterman’s Worldwide Pants and Academy Award– and Emmy-winning company RadicalMedia, responsible for Netflix’s What Happened, Miss Simone?, Oh Hello on Broadway, and Abstract: The Art of Design.

No word yet on whether the beard will join him.