Plus, Kidnap is a middling thriller, and Detroit and The Sinner are Certified Fresh.

This weekend at the movies, we have a Stephen King epic brought to life (The Dark Tower, starring Idris Elba and Matthew McConaughey), a mother in a desperate race to save her child (Kidnap, starring Halle Berry), and a mournful look back at a fatally violent chapter in America’s past (Detroit, starring John Boyega and Anthony Mackie). What are the critics saying? 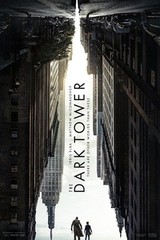 Everyone wants a cinematic universe these days, which is just one of a handful of reasons why it’s a little hard to understand the way Hollywood’s dragged its feet adapting Stephen King’s The Dark Tower. A mystical fantasy girded with fate-of-the-universe stakes, populated with distinctive characters, and tinged with the author’s trademark horror, it’s got plenty of blockbuster potential — and it ties into a whole bunch of King’s bestselling books. It’s also narratively sprawling, incredibly ambitious, and beloved among a devoted fanbase, which are just a few of the potential problems that have helped keep this project languishing in studio limbo for so long. Unfortunately, all that extra time in development doesn’t seem to have helped: this Tower is under siege from all sides by critics who’ve scaled its cinematic heights and found them sadly lacking. Lacking the scope of the source material or the focus of a compelling fantasy thriller, it’s being maligned as a near-total misfire — and a truly unfortunate beginning to what was once conceived as a major film and television franchise. 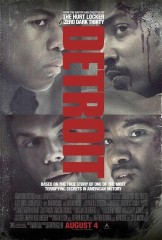 There’s a unique power to a well-made docudrama, but any director who attempts one bears the unique responsibility of trying to craft compelling cinema while also honoring the facts of the events being dramatized — and the people who experienced them. With Detroit, director Kathryn Bigelow shoulders that burden heavier than most; in looking back on one of the most violent race riots in American history 50 years after it occurred, her film probes wounds that are still painfully raw for many — and does so at what feels like a particularly fraught time. It’s a tough job, in other words, but critics say it’s a good thing Bigelow was the one to do it: the director’s award-winning experience with intense fact-based drama is well suited to the material, and that also applies to screenwriter Mark Boal, who earlier collaborated with her on The Hurt Locker. The end result certainly isn’t easy to watch, but reviews describe a hard-hitting achievement that might be something more important: a brutally honest look at our past that’s just as timely — and essential — today. 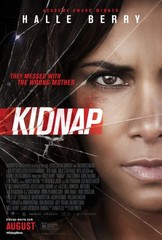 Liam Neeson’s career-altering turn in Taken proved that sometimes, all it takes is the right action vehicle to remind audiences how much they love you, and with this weekend’s Kidnap, Halle Berry joins the list of big-screen veterans ready to avenge a loved one by violently incapacitating bad guys. Berry plays Karla Dyson, a single mom whose son’s sudden abduction — in the midst of a custody battle, natch — sparks an action-packed struggle that’s only the start of their fight for survival. It sounds like the setup for a perfectly serviceable late-summer diversion, and as far as a handful of critics are concerned, that’s pretty much what it is; the majority, however, can’t get past the picture’s occasionally inexplicable plot and overall perfunctory air. If you’re really in the mood for an August action thriller, a huge Halle Berry fan, or just seeking out a darkened, air-conditioned room, Kidnap will do — but otherwise, it looks like you’re better off waiting to stream it at your extreme leisure.

Smartly unpredictable and led by powerful performances from a talented cast, the darkly compelling The Sinner sinks its hooks in fast and doesn’t let go.