Plus, Last Christmas is mildly diverting, Midway means well but falters, Playing with Fire is strictly for the kids, and Jojo Rabbit, Marriage Story, and Honey Boy are Certified Fresh. 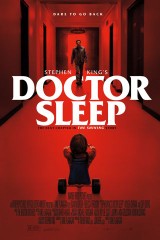 Stephen King was rather famously unhappy with Stanley Kubrick’s adaptation of his novel The Shining, even if the film went on to be a bona fide classic, beloved by millions of fans who mythologized and analyzed it endlessly. So even with a new novel from King to work with as source material, it was always going to be a daunting task for director Mike Flanagan to adapt Doctor Sleep, a sequel to The Shining, for the big screen almost four decades later. But Flanagan may have proven to be the best choice for the job — he’s a huge Stephen King fan and even wrote one of his own acclaimed horror films (Hush) at the Stanley Hotel, where King was inspired to write The Shining. The end result, according to reviews, is a faithful translation from page to screen — if different from its predecessor — that does a decent job balancing its genre thrills with its more contemplative themes. Ewan McGregor stars in Doctor Sleep as a grown-up Danny Torrance, who offers his help to a teenage girl (Kyliegh Curran) with the same extrasensory “shine” that he possesses. She’s on the run from a nefarious cult known as The True Knot, who seek out others like her and Danny to feed on their special abilities. Critics say the film has its flaws — it plays at times like mere Shining fan service and seems to feel the need to offer too-tidy solutions — but manages to feel both like it’s a part of Kubrick’s vision and a unique beast all its own, with great performances (Rebecca Ferguson in particular, ahem, shines as the villain) and poignant themes that help bring an element of depth to the scares. It’s probably not going to go down as a horror classic, but it’s more than serviceable as an addition to the still-growing list of Stephen King adaptations. 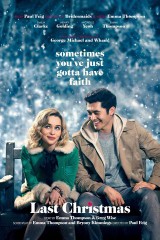 This week brings us our first true holiday film of the season in the form of a Paul Feig romantic comedy starring the Mother of Dragons and the hot guy from Crazy Rich Asians. We’re talking about Emilia Clarke and Henry Golding, respectively, the latter of whom previously worked with Feig on last year’s Certified Fresh A Simple Favor. In Last Christmas, Golding plays another love interest as Tom, the mysterious man who seems to pop up at the most convenient times in the life of an unlucky, self-destructive woman named Kate (Clarke). Kate is a struggling would-be singer who takes a job working at a year-round Christmas shop in London when she runs into Tom, and the two of them begin to fall for each other, as Tom helps Kate put her life back on track. Critics say this piece of holiday magic — co-written by and co-starring Emma Thompson — is certainly aided by the immense likability of its stars, and audiences in search of a feel-good flick will get what they’re looking for. However, the film does fall prey to some cliches commonly found in the genre, and there’s no denying that it all feels like something you might find airing on Lifetime or the Hallmark Channel, with all the requisite cheesiness that implies. Whether or not that’s appealing will be up to the viewer. 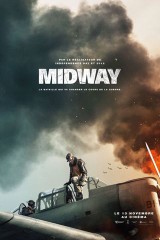 Director Roland Emmerich, one of Hollywood’s foremost purveyors of “disaster porn,” isn’t exactly known for his somber filmmaking or nuanced storytelling, so it wouldn’t be unreasonable to presume his cinematic retelling of World War II’s Battle of Midway, aptly titled Midway, would be a grandiose display of explosions and exaggerated human peril. To Emmerich’s credit, the film is more ambitious than that, but reviews so far say its reach far exceeds its grasp. Woody Harrelson and Patrick Wilson headline a testosterone-fueled ensemble cast (Dennis Quaid, Aaron Eckhart, Luke Evans, Ed Skrein, and more) as the story covers the events of Pearl Harbor, the U.S. code-breakers deciphering Japanese communications, and the pivotal titular battle itself, pitting American and Japanese forces against each other in a dramatic naval and aerial conflict. While critics concede Emmerich does his best to portray events in a balanced fashion, they also found that the film, which runs well over two hours, is chock full of stale dialogue and loses its way in a cacophony of special effects-heavy action sequences. There’s a powerful story to be told here about one of the most important battles in American history, but Roland Emmerich may not be quite the right man to tell it, unless you’re looking for an equally trite companion piece to Michael Bay’s Pearl Harbor. 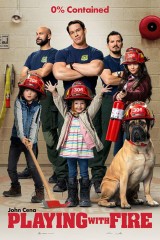 Being that we here at Rotten Tomatoes are located in California, just miles away from the sites of multiple wildfires, it’s admittedly a little difficult not to cringe a little bit every time we pass by a billboard for Playing with Fire, complete with a smirking John Cena and its flippant tagline — “0% Contained” — emblazoned across it. Thankfully, though the film wasn’t widely screened for critics ahead of time, those who have seen it report that the majority of the action takes place at the fire station, where Cena’s superintendent and fellow smoke-jumpers (played by Keegan-Michael Key and John Leguizamo) are tasked with babysitting a trio of kids they’ve rescued until their missing parents can come pick them up. What results is a broad slapstick comedy that critics say might appeal to the youngest viewers but might grow tiresome for anyone older. Cena, Key, and Leguizamo are reliable comic talents, and with a supporting cast that includes Brianna Hildebrand, Judy Greer, and Dennis Haysbert, there are bound to be some great moments. But the final product is a fairly standard children’s film that makes use of a familiar formula — macho men paired with precocious children — in service of a silly, predictable comedy, and unless you’re part of the target audience, there isn’t a strong chance there’s much for you to see here. 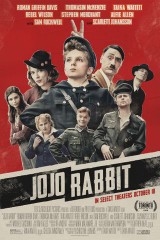 Lastly, we have rather unique film expanding into wider release with quite a bit of buzz surrounding it. Thor: Ragnarok director Taika Waititi‘s Jojo Rabbit is a World War II satire that centers on a young Hitler Youth named Jojo (Roman Griffith Davis) whose imaginary friend happens to be a decidedly less sinister incarnation of Der Führer himself (played by Waititi). When Jojo learns his mother (Scarlett Johansson) is harboring a young Jewish girl in the attic, he’s forced to come to terms with his beliefs and decide what is right. The ensemble cast includes Sam Rockwell, Rebel Wilson, Stephen Merchant, and as the girl seeking refuge, Thomasin McKenzie. Critics admit Jojo Rabbit‘s irreverent treatment of a rather serious subject may not be broadly appealing, but for those in tune with Taika Waititi’s off-kilter sense of humor, it’s a smart, funny, surprisingly sweet comedy that benefits from some strong performances and largely succeeds in communicating its larger themes. It’s a risky, ambitious proposition, for sure, and some moviegoers will find it a little awkward in its execution, but Waititi is nothing if not unconventional, and it would appear he’s accomplished what he set out to do.