This week at the movies, we’ve got a quartet of superheroes (Fantastic Four, starring Miles Teller and Michael B. Jordan); runaway livestock (the stop-motion animated feature Shaun the Sheep); a veteran rocker (Ricki and the Flash, starring Meryl Streep and Mamie Gummer); and a creepy acquaintance (The Gift, starring Jason Bateman and Rebecca Hall). What do the critics have to say? 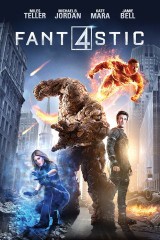 Pity the poor Fantastic Four. Marvel’s original superhero team has never been particularly well served on the big screen, and critics say that trend continues with Fantastic Four, a jumbled attempt to reboot the franchise that boasts talented actors stranded in an oddly morose, badly paced misfire. It’s yet another origin story: Reed Richards (Miles Teller) and his pals figure out how to teleport to another dimension, but after an ill-fated trip they all end up with superpowers — and make an enemy of the evil Dr. Doom. The pundits say that Fantastic Four has a few interesting ideas that are quickly pushed aside in favor of overripe dialogue, endless exposition, and so-so special effects. 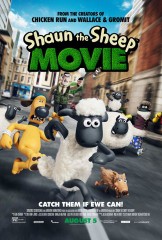 The cheeky Brits over at Aardman Animations — the folks who brought you Wallace & Gromit and Chicken Run — are masters of the witty, whimsical stop-motion comedy. However, critics say they may have topped themselves with Shaun the Sheep, an astonishing achievement that blends Chaplinesque silent-movie  slapstick with a surfeit of hilarious visual gags. Shaun the Sheep encourages the rest of his flock to take a day off, which eventually leads to the disappearance of their owner into the big city. The sheep attempt to recover the farmer, and hilarity ensues. The pundits say the Certified Fresh Shaun the Sheep is truly inspired in its comic lunacy, and while some of the jokes might fly over the heads of the youngest viewers, it’s sure to enchant the whole family. 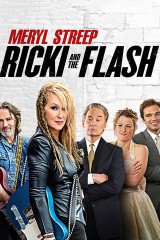 Meryl Streep classes up everything she touches, so it’s a little surprising to see her play a down-and-dirty rocker in Ricki and the Flash. But critics say the film has a few more tricks up its sleeve — despite its shopworn premise, Ricki and the Flash offers enough great acting and toe tapping tunes to be a little more than just the same old song. Streep stars as a singer who ditched her family to chase musical stardom. But with her estranged daughter in the midst of a personal crisis, Ricki heads home in an attempt to heal old wounds. The pundits say Ricki and the Flash isn’t earth-shaking, but it’s energetic and raggedy enough to make its formulaic elements feel fresh. 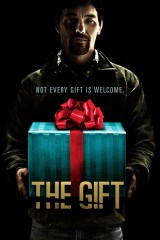 If you’ve seen Warrior or The Great Gatsby, you know Joel Edgerton has a commanding screen presence. And critics say that if the chilling, intelligent thriller The Gift is any indication, he’s got a promising future behind the camera as well. Well-to-do Simon (Jason Bateman) has a seemingly chance encounter with Gordo (Edgerton), an old high school classmate. But Gordo starts showing up everywhere Simon goes, and leaving odd gifts at his house; is there something in their pasts that prompted such behavior? The pundits say The Gift is a deeply unnerving psychological drama that sustains its tension from beginning to end.

Wet Hot American Summer: First Day of Camp offers more of the the goofy hijinks that fans of the cult classic crave, but outsiders might not be quite as enamored.