Plus, Mile 22 is a Berg-Wahlberg misfire, and Alpha is an epic adventure.

This weekend at the movies, we’ve got a big fat Asian wedding (Crazy Rich Asians, starring Constance Wu and Henry Golding), Peter Berg reunited with his favorite leading man (Mile 22, starring Mark Wahlberg and Iko Uwais), and a boy and his wolf (Alpha, starring Kodi Smit-McPhee). What are the critics saying? 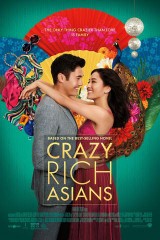 When a film is celebrated for real-world reasons, it can be difficult to judge its contents on their own merits, or to balance what we see on the screen against its significance outside the theater. Critics have had no such qualms with Crazy Rich Asians, however — while the movie’s cast and content is being rightly celebrated as a triumph of representation, it’s also being held up as a romantic comedy so purely entertaining that some reviews suggest it could single-handedly improve the genre as a whole. Adapted from the Kevin Kwan novel, Crazy tells the story of Nick Young (Henry Golding) and Rachel Chu (Constance Wu), a couple whose trip to a wedding in Singapore serves as her introduction to his family — and the audience’s introduction to a whole lot of glitz, glamour, and delightful characters, the latter of which are played by a bustling ensemble rounded out by Michelle Yeoh, Ken Jeong, and a scene-stealing Awkwafina. While we eagerly await the day when a movie like Crazy Rich Asians no longer represents a bold, rare studio gambit on a film built around non-white leads, fans of effervescent comedy and over-the-top movie romance can safely set aside time for the movie this weekend, secure in the knowledge that they’re in for a couple hours of near-universally acclaimed entertainment. 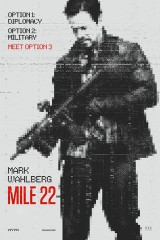 Mark Wahlberg has made plenty of worthwhile movies over the course of his career, and a number of them have been filmed under the direction of Peter Berg; in fact, this weekend’s Mile 22 marks the fourth time the duo have worked together, extending a partnership that already included the acclaimed outings Lone Survivor, Deepwater Horizon, and Patriots Day. Sadly, their luck has run out with critics, at least for now — reviews describe this action thriller, starring Wahlberg as a CIA operative tasked with delivering an agency asset (Iko Uwais) for extraction before he’s killed, as a toxic blend of confused writing and choppily edited action, populated with generally unlikable characters. Being a fan of this genre often means agreeing to accept certain disappointments in exchange for your killer set pieces, but Mile 22 seems to have very little to offer on any front; here’s hoping that if and when Berg and Wahlberg hook up for a fifth project, they find a way to regain their mojo. 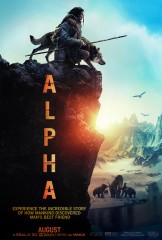 Young people and canines have been united for epic big-screen adventures countless times over the years, but Albert Hughes‘ Alpha might be the first to try and depict how our two species developed such an indelible bond. Set during the Ice Age, the story follows a young human hunter (Kodi Smit-McPhee) who’s seriously injured in pursuit of his quarry — and strikes out for home while relying on the assistance of a wolf with whom he develops a mutually beneficial relationship. The rough outline of this tale will be familiar to most filmgoers, but critics say the end result is still solidly entertaining; Hughes, making his solo feature debut here after co-helming a series of films with his brother, enlivens the material with IMAX-ready action, and Smit-McPhee delivers an affecting performance in a role whose demands were largely physical. It isn’t the highest-profile release of the summer, but for the young adventurer in us all, Alpha leads this weekend’s pack.

Insecure returns for a third season as authentic and exuberant as the star who made it, but with an added layer of growth that keeps it moving forward.