Eddie Murphy returns to host SNL, while Leslie Jones leaves. Plus, Mayans M.C. showrunner to step down, one last OA update, and trailers for Mr. Robot, the Breaking Bad movie, and more.

If you’ve been putting off subscribing to YouTube Premium to watch Cobra Kai, you won’t have any more excuses. Plus, SNL loses a beloved cast member, but an old friend makes his long-awaited return.


YouTube announced today that it would officially offer its original series as free, ad-supported videos on demand. You can still subscribe to YouTube Premium to watch them commercial free, but if you just want to see Cobra Kai and don’t mind watching a few ads, you can watch it for free as of today.

Cobra Kai season 2 then becomes available for free on YouTube on September 11. When season 3 rolls around, you may still want to subscribe so you can binge the whole season at once. Complete seasons will be available to Premium subscribers first, and free episodes will drop weekly. YouTube Premium also promises to offer exclusive bonus content for its subscribers.

YouTube also announced more new and returning originals. The documentary The Gift: The Journey of Johnny Cash will premiere Tuesday, October 8. Three new European originals are coming: The School Of…, Virtually History and The Edge of Science. Second seasons of Liza On Demand and Impulse premiere on September 25 and October 16, respectively. The first seasons are streaming for free so you can catch up in time for the new episodes. 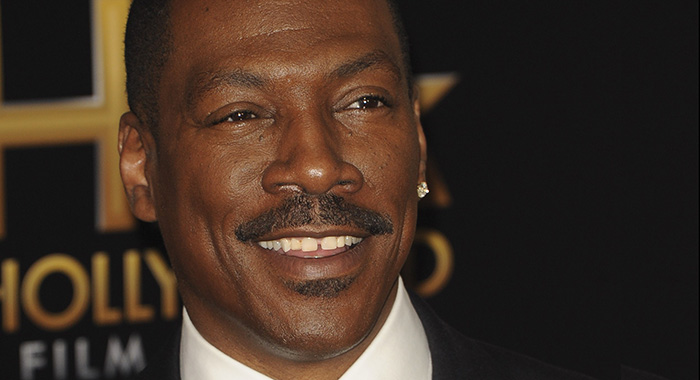 As Saturday Night Live gears up for its 45th season, cast member Leslie Jones has opted not to return after her fifth season on the show. EW reported that Jones had decided to focus on movies, comedy specials, and game show hosting opportunities. Jones will appear in Queenpins, I Am Maurice, and Coming 2 America.

SNL announced the fall lineup of hosts and musical guests, including Eddie Murphy on December 21. He appeared in the 40th anniversary special, but this will mark Murphy’s first time appearing in a full episode of SNL since he was in the cast. Woody Harrelson hosts the season premiere with Billie Eilish on September 28, Phoebe Waller-Bridge and Taylor Swift on October 5, and David Harbour and Camila Cabello on October 12. Kristen Stewart hosts November 2 and musical guests for Murphy and Stewart’s shows are still TBA.

THE OA REALLY IS OVER 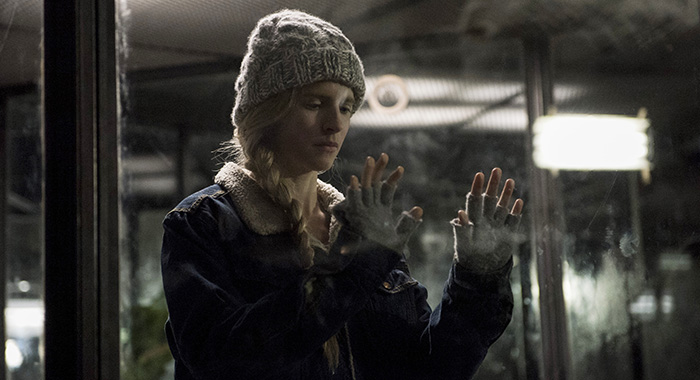 Fans were disappointed when Netflix canceled The OA after its second season. Now, they will have to accept the season finale as the series finale as Variety reports that talks about a wrap-up movie have ended. Creators Zal Batmanglij and Brit Marling envisioned five seasons, so they felt they could not wrap up the remaining three in two hours, according to Variety.

USA released a first look at the final season of Mr. Robot, which will be set around the holidays. The festive decor provides an ominous contrast to the cryptic hacking and violence in store for the big finale. Mr. Robot (Christian Slater) cautions Elliot (Rami Malek) over what he’s about to embark upon over hints of scenes to come. The teaser ends with Elliot’s response.

Also, the first teaser for El Camino: A Breaking Bad Movie shows Skinny Pete (Charles Baker) withstanding an interrogation, refusing to give up Jesse Pinkman (Aaron Paul). Paul is sadly not featured in the trailer but will star in the movie, premiering October 11 on Netflix.

– The trailer for American Horror Story: 1984 finally shows scenes from the season.

– A trailer for season 2 of Titans on DC Universe, featuring Bruce Wayne (Iain Glen) and Cameron Kent (Joshua Orpin) with his dog Krypto.

– A trailer for the Netflix limited series The Spy with Sacha Baron Cohen in a dramatic turn.

– A new featurette for the third and final season of HBO’s The Deuce with Maggie Gyllenhaal and James Franco, set in 1985.

– A teaser for HBO’s The New Pope, with Jude Law in a follow-up to The Young Pope.

– Plus, this week saw teasers for Batwoman, the landmark 21st season of Law & Order: Special Victims Unit, season 2 of NBC’s drama Manifest, season 8 of Chicago Fire on NBC, and Dickinson.

– And trailers dropped for the new Fox drama Prodigal Son, Steven Soderbergh’s docu-series Leavenworth on Starz, and season 3 of Top Boy, produced by Drake and Briarpatch and starring Rosario Dawson. 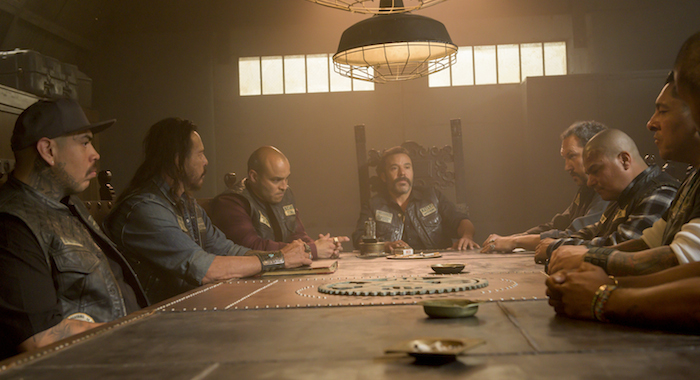 Kurt Sutter is co-showrunner of his Sons of Anarchy spin-off Mayans M.C., but he told an audience at the season 2 premiere that he will leave if the show gets renewed.

“It’s time for the white man to leave the building,” Sutter said, according to Variety.

Though Sutter co-created the series, he feels it is time to leave the story of a Latino biker gang to co-creator/co-show runner Elgin James and the Hispanic staff. 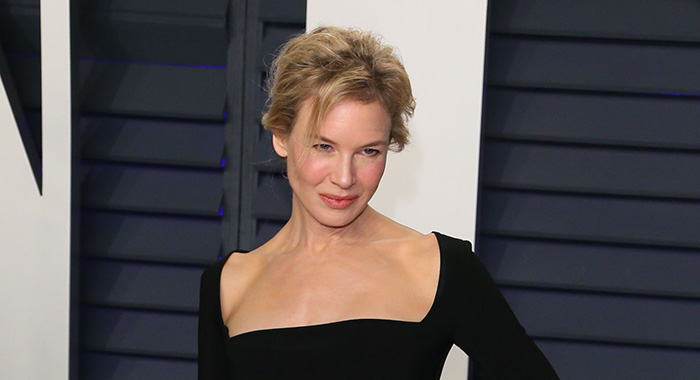 Renee Zellweger signed a first-look deal with MGM TV for two years. She recently made the leap to streaming in Netflix’s What/If. Clickbait, a thriller series about social media, is in development for Netflix.

Julie Plec will turn Amy Chozick’s book Chasing Hilary into a Netflix series. The series will be called The Girl on the Bus, the title of one of the book’s chapters. The show will follow four female journalists on the campaign trail, but will not be set during the 2016 Hilary Clinton campaign as the book was.

Bates Motel and The Good Doctor star Freddie Highmore is developing the dark comedy Homesick for TBS with James Mitchell. Homesick is about the dysfunctional relationship between a 20-something man and his mother.

Mitch Albom is adapting his own book The Five People You Meet in Heaven for Fox. Albom also adapted his book for the 2004 ABC miniseries. CBS is developing a United Nations workplace comedy UNprofessionals from producers Seth Rogen and Evan Goldberg. Academy Award winning Hurt Locker writer Mark Boal will write Rise and Fall: The Story of 9/11 for ABC. ABC plans to air the miniseries in 2021 for the 20th anniversary of the September 11th attacks.

Will Forte and Kaitlin Olson will star in Flipped for the yet to be released Quibi platform. Amy Heckerling is also directing the 10 episode Quibi musical series Royalties. Even murder houses can get extreme makeovers in Quibi’s reality series Murder House Flip, according to a Quibi press release.

Hulu is almost ready to give Lamorne Morris’s comedy Woke a series order. Universal Television won the bidding war for Bruce Holsinger’s novel The Gifted School and are looking for a writer. Sherry Marsh is producing. Nickelodeon greenlit the holiday competition series Top Elf and a full season of hidden camera show The Substitute. 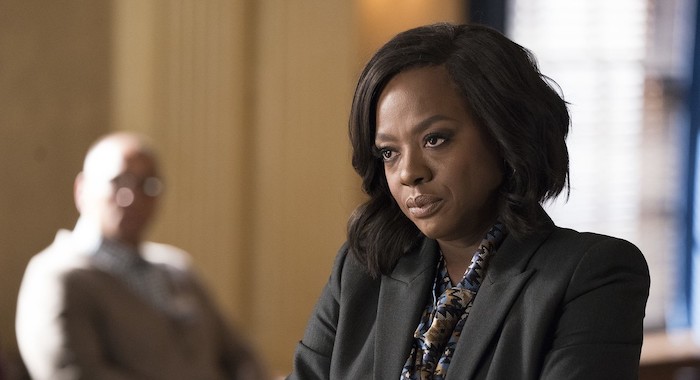 Viola Davis has been cast as Michele Obama on Showtime’s First Ladies. The drama series will also tell stories about Eleanor Roosevelt and Betty Ford.

Mike Flanagan confirmed on Twitter that Haunting of Hill House star Henry Thomas would have a new role in the follow-up The Haunting of Bly Manor.

I'm beyond thrilled to announce that the inestimable, irreplaceable, invaluable Henry Thomas has joined the cast of THE HAUNTING OF BLY MANOR.

John Pankow and Richard Kind will return for Spectrum Original’s Mad About You revival.

Lena Waithe‘s Showtime pilot How to Make Love to a Black Woman has cast Kendrick Sampson and Carra Patterson.

Power’s Lela Loren joins the cast of Altered Carbon for season 2, according to a Netflix press release. Loren will play Danica Harlan, the governor of planet Harlan’s World.

Garcelle Beauvais joins season 2 of CBS All Access’s Tell Me a Story, according to Deadline. Beauvais will play evil stepmother Veronica Garland in a season inspired by princess fairy tales.