The horror juggernaut It once again out-grossed every other film in release, combined 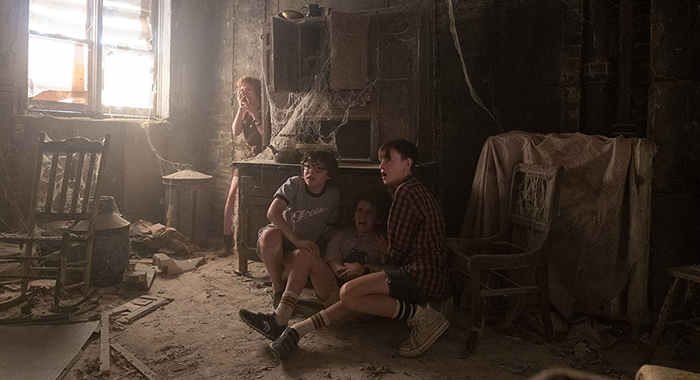 Continuing its dominant run through the box office, the horror juggernaut It once again out-grossed every other film in release, combined. Two newcomers barely put a dent into the charts while remaining holdovers all held on pretty well from last weekend.

Falling an extremely reasonable 51.4% from its gargantuan opening, It scared up another $60M this weekend, according to estimates, bringing its total up to $218M. It was the third biggest second weekend of the year, behind only Beauty and the Beast and Guardians of the Galaxy Vol. 2. It has become the highest grossing film ever released in the month of September. At its current path, It should easily beat The Sixth Sense ($293.5M) to become the highest grossing horror film ever. Look for It to end somewhere in the $320-330M range which would put it past notable blockbusters like Iron Man and Transformers. Overseas, It added another $60.3M bringing its international cume up to $152.6M and its global total to $371.3M.

Debuting far behind in second place was the Lionsgate action-thriller American Assassin which grossed an estimated $14.8M from 3,154 theaters for a per screen average of $4,692. Reviews were overall poor as it currently stands at 35% fresh at Rotten Tomatoes while audiences liked it more giving it a B+ grade on CinemaScore. Overseas it added an estimated $6.2M from 41 markets.

Paramount went wide with director Darren Aronofsky’s latest, the genre-bending religious allegory mother! which probably should have been platformed as it made only $7.5M, according to estimates, from 2,368 theaters for a per screen average of $3,167. Starring Jennifer Lawrence and Javier Bardem, the film had mixed reviews from critics (68% fresh on Rotten Tomatoes) but was blasted by audiences as it received an F grade on CinemaScore. This was the kind of film that audiences were either going to love or hate and clearly hate was the choice here. I wouldn’t expect to see much more talk of this film other than on lists discussing biggest busts of the year. Overseas it added an estimated $6M from 16 markets.

The rest of the box office dropped a couple of spots from last weekend but stayed in the same order. Fourth place belonged to Home Again which fell 37.7% in its second weekend to an estimated $5.3M, bringing its total up to $17M. Look for a finale in the $30M range. In fifth place was The Hitman’s Bodyguard which took in an additional $3.5M this weekend, according to estimates, bringing its total up to $70M after five weeks.