National Treasure: Book of Secrets claimed the number one spot at
the North American box office during what was a red hot session at the
multiplexes. Along with the powerful sophomore holdovers
I Am Legend
and

Cage posted
one of the best openings of his career with

National Treasure: Book of Secrets which debuted on top with an
estimated $45.5M from an aggressive launch in 3,832 theaters. The Disney sequel
averaged a stellar $11,874 which was almost identical to the first weekend
average of $11,648 for its predecessor
National Treasure
which opened in November 2004 with $35.1M from 3,017 playdates. That film went
on to gross $173M domestically and $347M worldwide. Book of Secrets hopes
to exceed both totals by the end of its run giving the studio another lucrative
franchise. Cage’s previous best bow was $45.4M for last February’s
Ghost Rider so if
estimates hold, Secrets will eke out a new career high for the actor.

With its PG rating, Book of Secrets played to a broad audience. Studio
research showed that the action pic’s crowd was 54% male while those over the
age of 25 accounted for 55%. With so many R-rated and adult-skewing films in the
current marketplace, Treasure was one of the only pics that people of all
ages could go and see together. Reviews were mostly negative for the sequel.

I Am Legend
dropped to second place with an estimated $34.2M losing an understandable
56% of its audience. The Warner Bros. smash has taken in a stunning $137.5M in
only ten days and could shoot past the $200M mark after the holidays giving
Smith his fourth trip past the double-century mark. Overseas, Legend opened at
number one in seven new countries collecting an estimated $25.3M from all 15
territories. That boosted the international sum to $54.3M and the global tally
to a spectacular $192M with many more major markets like Germany, Australia, and
the United Kingdom still to come.

Alvin and the Chipmunks scored a terrific second weekend dropping
only 35% to an estimated $29M for a potent ten-day cume of $84.9M. With few
other options for young kids, the PG-rated comedy faced little direct
competition and should continue to attract large amounts of families for the
rest of the year. Alvin should be able to blast past the $150M mark and
could even go much higher.

Far back in fourth place was the
Tom Hanks–Julia
Roberts entry
Charlie Wilson’s
War which led all other new releases this weekend with an estimated
$9.6M. Playing in 2,575 theaters, the R-rated pic averaged a mediocre $3,736 per
venue. Universal is hoping that this older-skewing film will find its audience
in the long run over the holidays and into January. Charlie nabbed five
Golden Globe nominations, the second most of any film after
Atonement‘s
seven, and cost $75M to produce. Reviews were generally positive. Studio
research showed that 52% of the audience was female, 88% was Caucasian, and 80%
was over the age of 30. 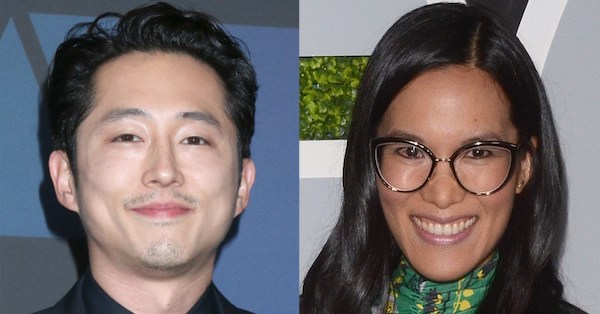