For the first time in four years, the Martin Luther King holiday weekend will not be ruled by a film led by an African American cast. Instead, studios are rolling out a monster movie, a wedding flick, and a bank robbery comedy. Paramount leads the way with its much-anticipated sci-fi thriller Cloverfield, Fox goes after young women with the romantic comedy 27 Dresses, and rookie distributor Overture Films offers the lo-tech heist picture Mad Money. Some audience overlap is sure to result between the new releases but the box office still seems likely to beat out year-ago grosses for the sixth consecutive weekend.

Following a half-year of online hype and savvy marketing that continuously built up fan frenzy, the J.J. Abrams-produced (but not directed) monster movie Cloverfield finally makes its way into the multiplexes. The PG-13 film is shot from a camcorder’s perspective and chronicles the story of a group of New York City friends whose surprise party is rocked when a ferocious and seemingly unstoppable beast attacks the city. The cast is filled with mostly unknowns who do a relatively good job with the material on screen while Matt Reeves (The Pallbearer) directs. Kudos to the creative team for making an engaging and thrilling film unlike anything else out there.

In a world where most sci-fi films have every plot point revealed and every exciting action sequence made public ahead of time through trailers, Cloverfield is something new. The studio has successfully kept most of the film, and the look of the monster, under wraps. This has generated intense fan anticipation which will manifest itself this weekend at the cash registers. But expectations should be kept in check. Two summers ago Snakes on a Plane was the most talked about film on the net and although it debuted at number one, the Samuel L. Jackson actioner fizzled out to a depressing $34M domestic final. The blogs didn’t bring in the bucks.

Cloverfield should do much better thanks in part to its rating which will welcome young teens. Snakes was rated R. The new monster flick is reminiscent in many ways of 1999’s The Blair Witch Project which coincidentally had to battle a new wedding-themed comedy of its own when it opened nationally against Julia Roberts in Runaway Bride. That runaway smash also used shaky handheld cameras to tell a new kind of story for a new generation of young people and used the internet to spread the buzz and build its audience. Since today’s 17-year-old was just eight or nine back then, Cloverfield will play out as the Blair Witch for today’s generation of teenagers.

Rarely does a studio ever position a hot buzzworthy action film into January. That would explain why only one movie in history has ever opened in the first month of the year to a three-day bow north of $30M. Eleven years ago, Fox smashed the January debut record with the Special Edition of Star Wars which opened to an explosive $35.9M ($50M+ at today’s ticket prices). No January pic has been able to beat it since, although Cloverfield will love to try. Business this weekend should be frontloaded with Friday seeing a potent gross and Sunday taking a hit from football playoffs.

With a reported production budget of $25M, the monster flick clocks in at under 75 minutes before the slow-moving credits roll. That will allow for more showtimes with some screens squeezing six showings into each day. But eating into some of its potential with women is Fox’s recent shifting of 27 Dresses from January 11 to this weekend. Until a few weeks ago, Cloverfield had clear sailing over this frame but now some of its female audience will instead get pulled away to the bridesmaid pic. But the films were destined to be together since 01+18+08 = 27. Nevertheless, a solid launch is assured. Crashing into over 3,200 theaters, Cloverfield might take in around $30M this weekend.

The new monster epic Cloverfield
Fresh from her breakout role in Knocked Up (2007’s second biggest R-rated pic after 300), Katherine Heigl is back with another romantic comedy headlining 27 Dresses. The PG-13 venture finds the former Grey’s Anatomy star playing a Manhattan assistant addicted to planning her friends’ weddings whose life takes a turn when her sister falls for the man she secretly loves. Edward Burns and James Marsden co-star as the love interests. Fox truly believes in the potential of Dresses and set up two different weekends of sneak previews to help get word of mouth going. The date flick should skew very female and very Caucasian with teens and young adults making up the biggest age groups.

Getting in males will be tough. Cloverfield and the NFL conference championship games on Sunday will both be major distractions plus Dresses lacks the kind of leading man that can pull in guys. Romantic comedies opening in the first quarter are usually driven higher when both genders have a big star to contribute. 50 First Dates starring Adam Sandler and Drew Barrymore bowed to $39.9M, Failure to Launch with Matthew McConaughey and Sarah Jessica Parker opened to $24.4M, and the Ben Stiller–Jennifer Aniston hit Along Came Polly debuted to $27.7M over the MLK holiday frame. Dresses will be a major test of Heigl’s starpower since she basically carries the whole film on her own shoulders. For Knocked Up, Seth Rogen was more prominent in the marketing and director Judd Apatow was the biggest selling point. Walking down the aisle in 3,058 venues, 27 Dresses could collect about $19M this weekend taking the bridesmaid spot on the charts.

Katherine Heigl and James Marsden in 27 Dresses
In its maiden voyage at the box office, Overture Films releases the bank robbery comedy Mad Money which brings together the unlikely trio of Diane Keaton, Queen Latifah, and Katie Holmes. The PG-13 pic should skew female given the talent and the lack of action. The filmmakers made casting choices that shamelessly try to give the movie appeal to various demographic groups across race and age. Ticket buyers will have the chance to decide for themselves this weekend whether these ladies are worth paying mad money to see. Money will try to stand as counterprogramming for women uninterested in football, but 27 Dresses already has that audience locked up.

With the action crowd and female moviegoers already having high profile new releases aimed at them, Mad Money will have intense competition to deal with. Overture will need to rely on Latifah’s pull with African Americans although fellow former rapper Ice Cube will be a direct threat with the second weekend of his hit comedy First Sunday. Reviews for Money have not been very encouraging which could affect the Keaton crowd. But some marketing tricks like having the three actresses ring the opening bell of the NASDAQ stock exchange on Wednesday morning have helped to raise awareness. Five recent comedies anchored by Keaton or Latifah have opened in the $12-13M range proving their bankability. Money will not be as wide of a release as the others and competition will be tougher, but a decent showing may still result thanks to the divide-and-conquer casting plan. Mad Money will sneak into about 2,200 theaters on Friday and could make off with roughly $9M.

The three stars of Mad Money
Last weekend’s top film The Bucket List will get kicked out of the number one spot thanks to monsters and wedding dresses. Older-skewing pics usually don’t fall too hard on the sophomore frame and the added boost from the holiday will cushion the blow too. Look for a 30% fall to around $13.5M which would lift the ten-day cume for the Jack Nicholson–Morgan Freeman film to $41M.

Ice Cube was red hot at the box office last weekend with his latest comedy First Sunday which generated the best average of any movie in wide release. The entertainer’s laughers usually see sizable second weekend drops and this Sony release should follow. A 40% decline would give the church robbery tale approximately $10.5M over the Friday-to-Sunday span and put the film’s ten-day sum at $31M.

After missing out on Golden Globe trophies, Juno will see some of its buzz subside this weekend. A 30% drop to about $9.5M could result pushing Fox Searchlight’s total to $84M. Disney’s adventure hit National Treasure: Book of Secrets might slip 35% to $7.5M for a cume to date of $197M.

LAST YEAR: For the second straight weekend, Sony’s dance drama Stomp the Yard topped the charts grossing $12.3M in its sophomore frame. Also holding steady was megahit Night at the Museum which stayed put in second place with $12M in its fifth outing. Adding 300 theaters to its run was Dreamgirls which placed third with $8M. The weekend’s only new release was the horror remake The Hitcher which bowed in fourth with just $7.8M on its way to $16.4M for Focus. Rounding out the top five was Sony’s durable wonder The Pursuit of Happyness with $6.3M. 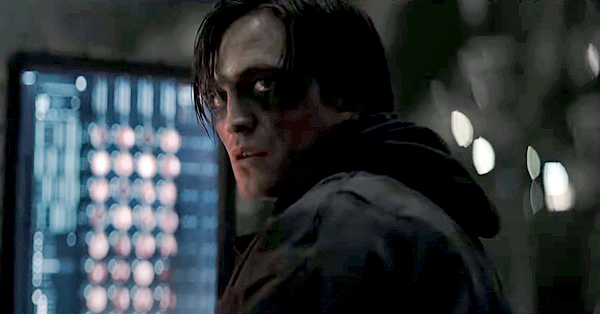 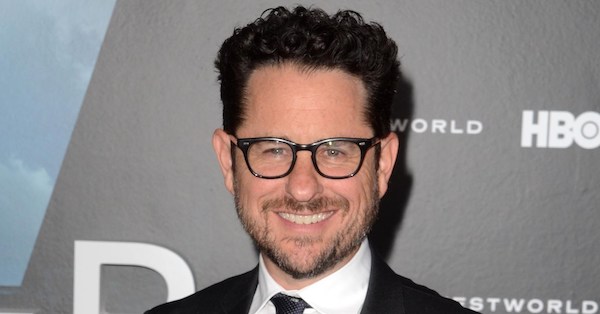