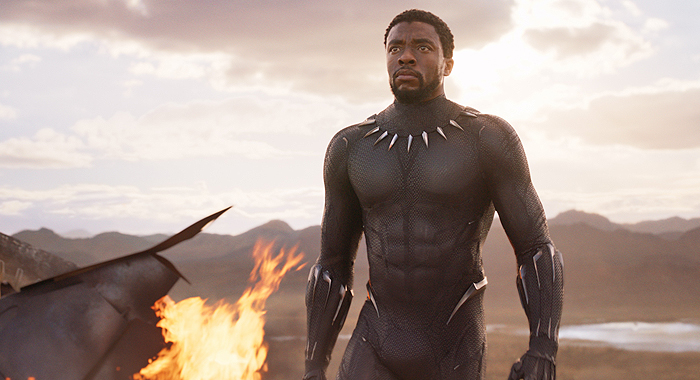 We are 18 movies into the Marvel Cinematic Universe, and the franchise is as hot as ever. Black Panther has been one of the most anticipated titles in the series, ushering in the world of Wakanda and its predominantly black ensemble of characters. And as we see from the first wave of reviews, Marvel does not disappoint even the highest of expectations.

Below is a breakdown of what the critics are saying about the action, villain, costumes, scene-stealing actresses and more.

How does Black Panther compare to other Marvel movies?

Marvel’s boldest movie yet, and fortunately, it’s also one of its best.
– Haleigh Foutch, Collider

Not only holds its own, but improves on the formula in several key respects, from a politically engaged villain to an emotionally grounded final showdown.
– Peter Debruge, Variety

This isn’t just one of the best movies in the MCU – it caps off the franchise’s best run of movies ever, which started last year with Guardians of the Galaxy Vol. 2.
– Angie Han, Mashable

One of the best superhero films I have seen in decades.
– Clay Cane, News One

How is Chadwick Boseman in the lead?

Boseman dazzles as T’Challa, portraying him as the regal yet vulnerable character he is.
– Tonja Renee Stidhum, Shadow and Act

Boseman, a stunningly versatile actor… digs so deep into T’Challa that you can feel his nerve endings.
– Peter Travers, Rolling Stone

Boseman might be the least interesting part of the movie as the titular lead, which says a lot about how well the rest of the characters are written and cast.
– Rodrigo Perez, The Playlist 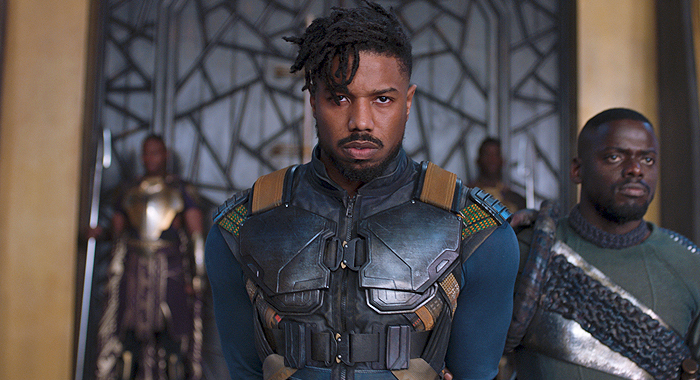 Jordan completely takes over Black Panther every single time he’s onscreen. We’re talking Jack Nicholson in Tim Burton’s Batman levels of domination, where the bad guy is so compelling he almost makes you forget that the movie is actually supposed to be about someone else.
– Matt Singer, ScreenCrush

He is a menacing yet charismatic presence who thanks to a nuanced script is a character injected with a sympathetic edge. Even when he’s at his most terrifying and rage-fueled his anger is understandable.
– Katherine McLaughlin, SciFiNow

I have never cared for a villain the way I care for Michael B. Jordan’s Erik Killmonger… He is the crown jewel of an incredibly wealthy project.
– Joelle Monique, Polygon

There’s no beating the smarts and sass of the wonderous Letitia Wright, who brings scene-stealing to the level of grand larceny as Princess Shuri… Wright is a star in the making, who makes damn sure that Shuri will be a role model to young girls for years to come.
– Peter Travers, Rolling Stone

Wright would be able to hold a Shuri Black Panther solo movie on her own.
– Jamie Broadnax, Black Girl Nerds

It’s The Walking Dead’s Gurira who steals the show as the ferocious Okoye, gloriously swinging her spear in a billowing red gown.
– Emma Simmonds, Radio Times 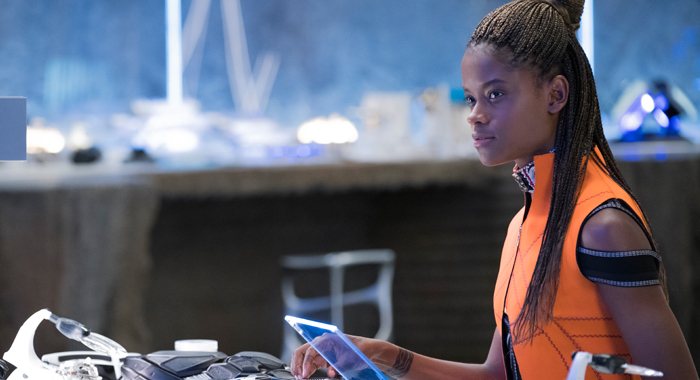 The action scenes in Black Panther are definitely a step up from what I’ve seen in previous Marvel movies.
– Jamie Broadnax, Black Girl Nerds

Black Panther features at least one sequence that out-007s the recent James Bond movies…among that sequence’s thrilling aspects is Black Panther riding on top of a driverless sports car.
– Alonso Duralde, The Wrap

Even by Marvel’s standards, the action in Black Panther is subpar.
– Matt Singer, ScreenCrush

It’s not just that the choreography in Black Panther lacks coherence, but also that every fight scene is undone by awful CG.
– David Ehrlich, IndieWire

How is Ryan Coogler’s directing?

Like Christopher Nolan, who was 35 when he reanimated the Batman franchise, the 31-year-old Coogler has a gift for putting his own spin on genre, for making popular culture worlds his own.
– Kenneth Turan, Los Angeles times

Coogler’s directing strengths are more intimate. There are sequences in Black Panther that may make you cry because of where they go and what they say, but also because of the sensitivity he brings to them.
– Manohla Dargis, New York Times 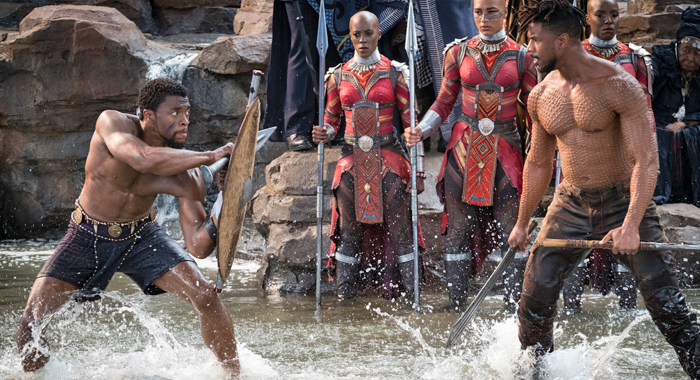 As imagined by production designer Hannah Beachler, Wakanda is all bright colors, contrasting textures, and jaw-dropping tech. It’s fantastical enough to inspire wonder, and grounded enough to awaken yearning. It’s a tantalizing glimpse at what might have been, in some alternate reality not defined by white society.
– Angie Han, Mashable

Production design, costumes, and of course, visual effects are all on point, and newly minted Oscar-nominee Rachel Morrison shoots every frame to embrace the sumptuous detail.
– Haleigh Foutch, Collider

DP Rachel Morrison delivers a plethora of gorgeous vistas that wash over the screen and each one holds specific meaning.
– Katherine McLaughlin, SciFiNow

What else is great about Black Panther?

[This is] a Marvel film that actually feels like it takes place in the real world…you believe — maybe for the first time — that the MCU actually matters.
– David Ehrlich, IndieWire

[Wakanda] is a fully realized world, worth visiting over and over… if Disney ever wants to give Marvel a truly immersive theme park treatment, it should start by creating a Wakanda expansion land.
– Bryan Bishop, The Verge

It’s a testament to the writing that you could go long on each of these characters, who they are, their motivations and their emotional interiors; Black Panther knows how to give three-dimensional life to supporting characters with very limited space to do so.
– Rodrigo Perez, The Playlist

There’s so much to enjoy about Black Panther that it is hard to know where to stop.
– Joelle Monique, Polygon 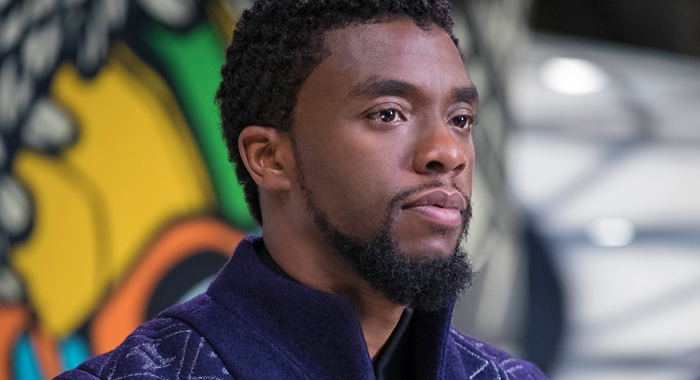 Just how important is this movie?

What it means is everything, especially to any kid who has never put the words “African” and “king” together in the same sentence. Or to any young woman who was ever discouraged from chasing a life in science and technology. To anyone who was ever told “you fight like a girl.”
– Marc Bernardin, Nerdist

It is the power of representation in its best form. It is empowerment on a higher level. It is inspiration to a different degree. It is black excellence exemplified that will leave audiences yearning to inhabit Wakanda forever.
– Tonja Renee Stidhum, Shadow and Act

Black Panther is as powerful for Black women as Wonder Woman was for white women.
– Clay Cane, News One

Race matters in Black Panther and it matters deeply, not in terms of Manichaean good guys and bad but as a means to explore larger human concerns about the past, the present and the uses and abuses of power.
– Manohla Dargis, New York Times

It’s a vital moment in cinema history and a heartfelt, thoughtful exploration of the scars of colonialism and the hope for healing.
– Haleigh Foutch, Collider

[This] feels like a turning point, one where the studio has finally recognized that its movies can be about more than just selling the next installment.
– Bryan Bishop, The Verge

Black Panther opens everywhere on Friday, February 16. Read all the reviews for it here.