The dark, surprisingly emotional Netflix drama from South Korea became a global sensation out of nowhere, and our panelists debate everything from best episode to most shocking death.

Netflix has had great success with its international offerings, with Spanish crime drama Money Heist and German sci-fi thriller Dark among its standout series, but nothing could have prepared the world for South Korea’s Squid Game. The dark, surprisingly emotional high-concept drama about down-and-out citizens who compete in a series of deadly children’s games for the chance to win a fortune became the streaming giant’s most-watched series within a month of its debut and inspired a global fanbase. In other words, it’s a great series for another heated installment of Binge Battle.

Regular host Mark Ellis referees the discussion between the Hollywood Reporter’s TV critic Angie Han and actor and content creator for the Gegghead YouTube channel Jon Lee Brody, who face off on topics ranging from Most Intense Game and Most Shocking Death to whether or not the series ultimately lived up to the immense worldwide hype. Tune in for the full battle! 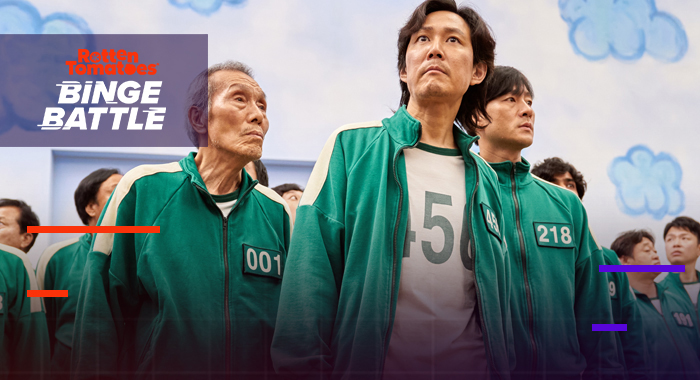