The mysterious Apple TV+ workplace thriller blew everybody's minds with its bonkers season finale, and we're here to talk about everything leading up to it.

Apple TV+’s mysterious high-concept workplace thriller Severance may have initially flown somewhat under the radar — it certainly didn’t inspire the kind of fanfare that Stranger Things or Obi-Wan Kenobi recently did — but those who watched it knew they had discovered a gem. And we’re talking both critics and audiences here: The first season is Certified Fresh at 98% and it currently holds an impressive 93% Audience Score. Executive produced by Ben Stiller and boasting a cast headlined by people like Adam Scott, Patricia Arquette, John Turturro, and Christopher Walken, Severance premiered on February 18 and ran for nine episodes, culminating in a tension-filled season finale that left a lot of questions unanswered. Our latest episode of Binge Battle covers all of that and more.

Joining regular host Mark Ellis for this episode are a couple of folks we’ve had fun with before. First up is Lon Harris, writer for Screen Junkies and co-host of the Binge Boys podcast. Facing off against Lon is a familiar face to anyone who follows us regularly, our superstar RT correspondent Naz Perez. They go head-to-head on best characters, best episodes, most shocking moments, and more. Tune in for the full battle! 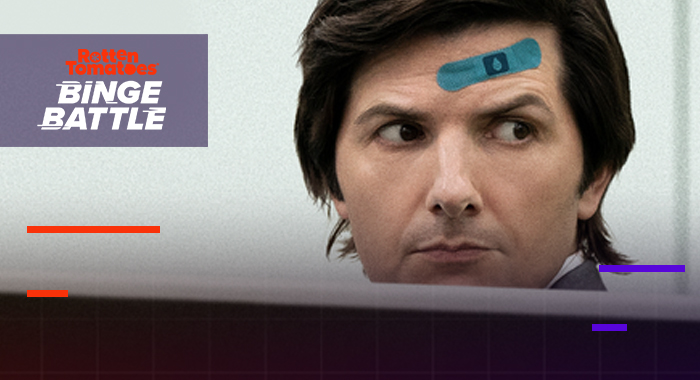