10 Big Questions Before the Game of Thrones Season 7 Finale

We have a ton of questions we'd like answered before season 7 comes to a close — here are our main ones. 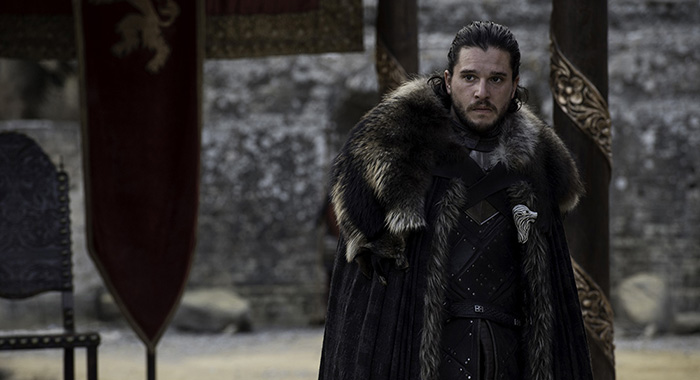 We want answers to the following burning Game of Thrones questions in Sunday’s season 7 finale, “The Dragon and the Wolf.”

1. Will Dany and Jon Have Sex?

Our two favorite heroes may or may not hook up, but star Nikolaj Coster-Waldau, who plays Jaime Lannister on the show, pretty much confirmed to RT that they would in our interview with him. The only question remaining is “When?”

2. Will Jon Find Out He Is Targaryen (and Dany’s Nephew, And Will That Happen Before or After They Hook Up – EW!)?

We know that Lyanna Stark gave birth to Jon and handed him over to young Ned for his care and protection. We know that Rhaegar Targaryen, Dany’s brother who died at Robert Baratheon’s hand, “kidnapped” Lyanna (according to Robert) and also “left his wife Elia for another woman” (according to Oberyn Martell, Elia’s brother). And we recently learned that the High Septon Maynard performed an annulment for Rhaegar and remarried him in a secret ceremony — thanks, Gilly! So the timing of Dany and Jon getting together will say a lot about their characters and whether they’re OK with the icky incest thing. 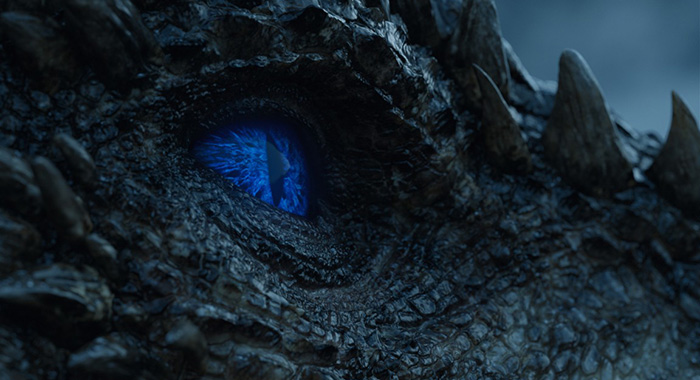 Fire-made-flesh dragons breathe fire, but what does a White Walker ice dragon breathe? The Night King has a new pet and it’s terrifying!

Is the Wall coming down and allowing the army of the dead through during the finale? And if they do come through it, will Queen Cersei and Daenerys be able to cooperate long enough to put the dead to a final rest and defeat the Night King. (Sounds so season 8 to us, though.)

5. Will Tormund and Brienne Be Reunited?

Tormund seemed to stay at Eastwatch, and we know from “The Dragon and the Wolf” trailer (above) that Brienne will be at the summit of queens and kings (plural if Euron Greyjoy is there). Will our favorite not-quite-lovers reunite? Hope so!

6. Who Will Arya Kill Next: Sansa, Littlefinger, or Someone Else?

There are a lot of theories about the youngest Stark being so angry with her sister’s cowardice that she might kill Sansa, but then even Littlefinger — if that was Littlefinger — reassured Sansa that Arya would never betray family. Now does that sound like something Littlefinger would say? Safe to say that Melisandre is probably still on Arya’s list, and she did claim that she would die in Westeros.

7. Will Cersei Break the Armistice or Will She fight the Night King with the Northern Allies?

Has Cersei set those traps that Dany and Tyrion were so concerned about? Sunday will tell us. 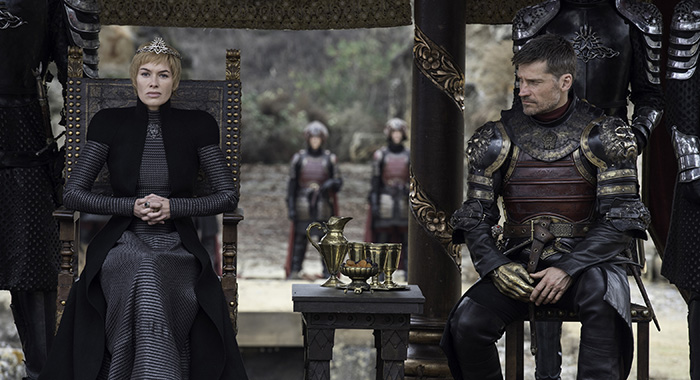 8. Will Sam Find Out His Father and Brother Have Been Killed – and How Will He Feel About Dany If So?

No matter his beef with his dad, Sam seemed to legitimately get along with his brother. So what happens when someone drops the bomb that Daenery’s had Drogon incinerate his brother?

9. Will Ghost and Nymeria Return?

What do we want? Direwolves! When do we want them? Several episodes ago!

Oh, Bran. We’re disappointed that the writers suddenly cut us off from most of your raven dreams. We got at least that one north of the wall, but it’s nothing like the access we were given in season 6. Now you’re kind of  just that creepy kid.

How about you? What are your big questions ahead of the finale? Tell us in the comments! Want to talk to other fans about our theories? Head to our Debate of Thrones Facebook group to air your thoughts. 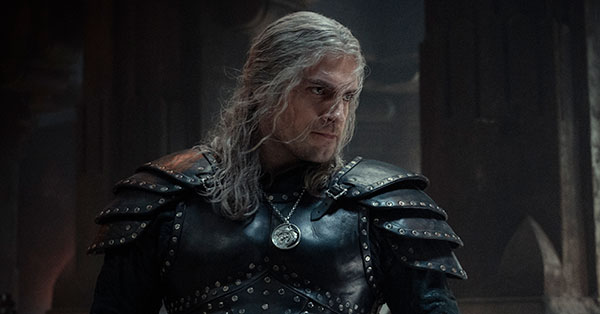