Claire in Motion, a mysterious new drama opening Friday, stars Betsy Brandt as Claire, a woman in search of her missing husband and the truths behind his past. The actress, though, who has starred in TV greats like Life in Pieces, Masters of Sex, and Breaking Bad among many others, did not have to search too long to come up with her Five Favorite Films. The list is refreshingly fun, and you can see it here: 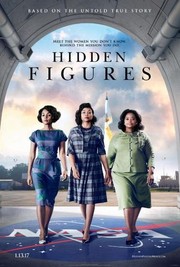 I just saw Hidden Figures yesterday and I’m so glad that I saw it at the New Year, because I feel like that’s exactly what you want to get off on the right foot for 2017. I saw it with my husband and my kids. My kids are 11 and eight, and it was a phenomenal experience. I saw it at the ArcLight in Hollywood and the house was full. Everybody was so vocal. We clapped, we laughed, we cried. It was like watching a play. I really don’t know how to describe it. Afterwards we went out to eat and I could not shut up about it. I could not stop talking about it. 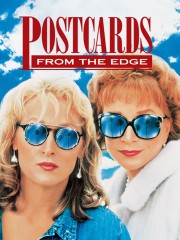 My brother and his family were in town and my sister-in-law’s never seen it. I’m like, “How have you not?” She’s five years older than me. I’m like, “How have you not seen that?” I read the books. You feel like you’re bipolar when you read it. I think that’s as close as anyone who does not suffer from that illness, that you can understand it. It’s the way [Carrie Fisher] writes that. What a talent and what a loss. 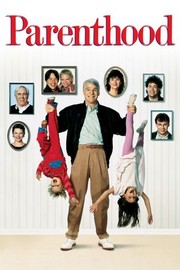 I feel the performances are great and I love how it’s funny, it’s dramatic, but it’s also really, really honest. There’s some beautifully tender moments because it has that honesty. It was amazing to watch when I was younger. It’s amazing to watch now. Whenever that’s on HBO, I can’t not watch it. I just love the film. I love the film.

I love that part at the end when they’re talking about the rollercoaster.

And when I watched it when I was much younger, I got that, but now I get that more.

Sure, and after having kids, too.

Yeah, absolutely, being married. I feel like 10 years from now, it would feel differently to me then also. I think that’s such a great mark of a film. 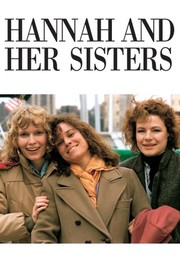 I was in college. I had the chicken pox so I had to stay in my dorm room.  I wasn’t even sick. I had like two pox. Not like the rapper, but like two pox, and I had all this energy, and I was like [makes sick noise], and I watched Hannah and Her Sisters with two other friends of mine in the dorm that had already had chicken pox, so they could be around me.

I’d never seen filmmaking like that, although, in high school, I watched New York Stories by Woody Allen, which I also was a big fan already, so I was like, “Oh, this is great.” I feel like Hannah and Her Sisters was just a beautiful film. Such a beautiful film. The work that he gets out of the actors… He casts these amazing actors, but then he gets these phenomenal performances out of them. There’s so much vulnerability in that movie that it just struck me. It was like an amazing artistic truck just running me over. I was already studying acting and knew I wanted to do that, but it really, really landed on me. 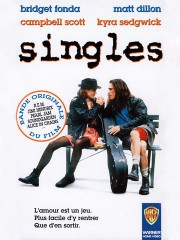 You know, I could just totally mix it up and be honest. It’s not Lawrence of Arabia, but I’ve got to be me. I think I’m going to have to say Singles.  After college, I moved to Seattle with my boyfriend, who is now my husband. We moved to Seattle and it was awesome and I loved it. I danced in really crappy, dirty, disgusting clubs and had the time of my life. And I did a bunch of plays.

That’s great. I love that movie, and I’m a huge Campbell Scott person.

He’s fantastic. Like, memorably fantastic. I thought Bridget Fonda’s performance was great, too.

I was going to say, love Bridget Fonda in that movie, also. And Matt Dillon. I quote it all the time: “We’re huge in Belgium right now.” I will say that. I’ll say that about Claire in Motion. I’m like, “It’s huge in Belgium.” People are like, “Is it really?” I’m like, “Probably not. No. It hasn’t even been released yet. No.”

I just think that on paper she could potentially come off as unsympathetic, but she plays her so well that she ends up being cute.

She really tapped into [how] Janet faces her insecurities and her vulnerabilities head-on. At first, she’s all about her boyfriend. I’m like, “He really does not give a rat’s ass about you.” I think there’s so many things that could’ve come across as cheesy, but then they work. The film just works. I think it’s kind of lightning in a bottle. Don’t know how they do it, but I just love it. It’s so nostalgic for me.