25 Characters That Keep You Glued to Your TV: Rank Them!

With so many excellent small-screen choices these days, what makes a particular character stand out? 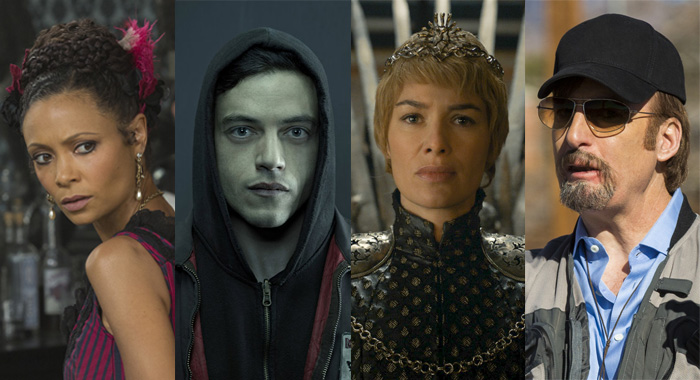 Characters who make us laugh our asses off and those who rip our hearts out can be equally as engaging. There are enigmatic characters so intriguing you have to learn more about them and others so damaged that, like a car wreck, you can’t look away. Some characters grab you with their strength, while others suck you into their world of pain.

We’ve compiled a list of characters currently on TV and streaming that we find complicated, hilarious, engrossing, enigmatic, scary, and more — what they all have in common is that they keep us coming back for more.

Rank our picks of the most compelling characters on TV below, and tell us which you think is the hardest character to quit.

Think there’s a character we’ve missed? Tell us which compelling TV character you would have included in the comments!

Spoiler warning: Some of these descriptions refer to plot details from the characters’ respective shows.