Ant-Man And The Wasp Scheduled for 2018, Furious 8 Gets a Director, and More Movie News

Arya Stark might pilot a Jaeger, Disney's finds its Moana, DC's Flash lands its director, and the Pink Power Ranger is cast.

This week’s Ketchup focuses on ten top headlines from the last seven days in Hollywood’s film development cycles.  Included in the mix this time around are stories about such movies as The Flash, Furious 8, Disney’s Moana, and the J.K. Rowling spinoff Fantastic Beasts and Where to Find Them.

MARVEL’S ANT-MAN AND THE WASP SCHEDULED FOR 2018 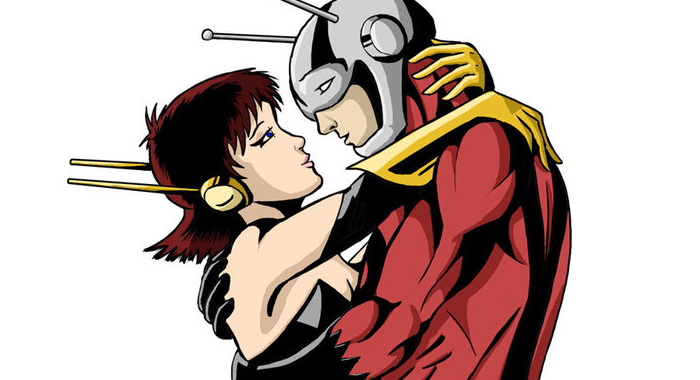 This year’s New York Comic Con is going on as this column goes live this weekend, and for that reason, it was probably to be expected that some sort of Marvel Studios news might be announced either at the event, or just before. And that is exactly what happened, with most of it coming from the sequel that Marvel Studios announced this week. Following its international box office success, this summer’s Ant-Man has earned a sequel in the form of Ant-Man and the Wasp (7/6/18), with the second half referring to the character played in the first film by Evangeline Lilly. (Or at least one version, as there are hints that the original Wasp, Janet Van Dyne, may also appear in the film, just as Michael Douglas played Doctor Henry Pym in the first.) This announcement, and the release date, makes Wasp the first female Marvel Studios character to be included in one of their film’s titles. (2005’s Elektra doesn’t count because it was released by 20th Century Fox, and not Marvel Studios.) Captain Marvel had previously been expected to be the first, but that film has now been pushed back several months to March 18, 2019.  This announcement also makes Ant-Man the first Marvel Studios character to receive a quasi-solo sequel outside of their “big three” (Iron Man, Thor, and Captain America). Marvel’s Black Panther also had its release date changed this week, but it instead was moved up to February 16, 2018.  Marvel Studios has also announced three release dates in 2020, but those dates are currently for untitled mystery movies, which are likely to be a combination of sequels and at least one new property (which one is anyone’s guess). Marvel also announced this week that Black Panther is being written by Joe Robert Cole, who came out of the same in-house writers program that produced Nicole Perlman and Guardians of the Galaxy. We also learned this week that Captain Marvel will be written by Meg LeFauve (Pixar’s The Good Dinosaur), and the aforementioned Nicole Perlman.

1. STRAIGHT OUTTA COMPTON AND INTO… FURIOUS 8

Following months of speculation, this week, we learned who the director of the eighth Fast and Furious film will be, and confirmation of the news came directly from the director’s Twitter account. Furious 8 will be directed by F. Gary Gray, whose filmography bears a few hints that he may have been quasi-destined to someday join a franchise like Fast and Furious. Gray previously worked with Vin Diesel on the action/drama A Man Apart in 2003, and also has experience with car-racing action in the form of the remake of The Italian Job (also released in 2003). More recently, F. Gary Gray’s N.W.A. biopic Straight Outta Compton was another of Universal Pictures’ box office hits, following the success of Furious 7. Universal Pictures has scheduled the movie (which is variously described as either Fast 8 or Furious 8) for release on April 14, 2017.

After an impressive career in South Korea with such films as Memories of Murder, Mother, and The Host, director Bong Joon-ho achieved even greater exposure in 2013 and 2014 with the international release of the science fiction film Snowpiercer. For his next film, Bong is repeating the theme with a new monster/horror film called Okja, which will feature a cast of both Korean and Western/American talents. Tilda Swinton, who costarred in Snowpiercer, was the first Western name announced, and this week, we found several more. Jake Gyllenhaal, Paul Dano (There Will Be Blood), Bill Nighy, and Kelly Macdonald (Boardwalk Empire) are all now in advanced talks to costar in Okja. The premise is currently unknown, except that the lead will be a Korean actress, supported by English-speaking actors filming scenes in New York City.

The idea of a sequel to the giant-robots-vs-giant-monsters action movie Pacific Rim seemed to hit a roadblock recently when Universal Pictures pulled Pacific Rim 2 from its 2017 schedule. (The move was made to make room for Pitch Perfect 3 on August 4, 2017.) Despite that delay, director Guillermo Del Toro has apparently not given up on the prospect of a Pacific Rim 2 (this is, after all, a director quasi-famous for all of the delays his films have received over the last 15 years or so). Del Toro took to his Twitter account this week to tweet, “Had lunch with Maisie Williams yesterday. Remarkable. Dammit – if PR2 happens, that girl is getting a Jaeger.” GDT is referring to the “Jaeger” giant robots that the pilots in Pacific Rim used to battle the invading giant monsters from another dimension. And Maisie Williams is better known to many fans as Arya Stark, the young sword-wielding heiress-of-Winterfell from HBO’s Game of Thrones.

4. RON PERLMAN CAST AS A GOBLIN IN FANTASTIC BEASTS AND WHERE TO FIND THEM

Continuing that thread, as Pacific Rim 2 has hit a development and production delay, it’s probably to be expected that the actors that probably had been planning on spending time on it are now moving on to other projects. One such actor is long-time GDT collaborator Ron Perlman (AKA his Hellboy star). This week, we learned that Ron Perlman has been cast by Warner Bros in their adaptation of J.K. Rowling’s Fantastic Beasts and Where to Find Them. Perlman will play a goblin in the film, which expands Rowling’s Harry Potter universe, in an adventure which is set across the Atlantic and 70 years earlier, in the New York City of the 1920s or 1930s. Fantastic Beasts and Where to Find Them will be directed by four-time Harry Potter director David Yates, and is scheduled for release on November 18, 2016.

Late last year, Walt Disney Pictures announced a global casting call to find the young lady who would provide the title voice for Moana. The animated film, scheduled for release on November 23, 2015, is a magical adventure set within the mythology of Pacific Islanders. This week, the world learned that the role has gone to 14-year-old newcomer Auli’i Cravalho, who is a Native Hawaiian.  The news came via a two minute announcement on YouTube, where you can meet Cravalho, and see the moment when she was offered the lead role as Moana.

6. ELLEN PAGE TO STAR IN REMAKE OF JULIA ROBERTS’ FLATLINERS

Every once in a while, a movie gets made just before one of its young stars becomes a major, major movie star. A memorable example of this was the 1990 supernatural drama Flatliners, about five medical school students who start experimenting with near-death experiences. Flatliners was released on July 27, 1990, and its male stars included Kevin Bacon and Kiefer Sutherland (both of whom were already stars from their work in 1980s “teen” movies). What changed in between filming and release, however, is that the female star of Flatliners, Julia Roberts, starred in a movie called Pretty Woman that was released four months earlier on March 23, 1990. For their remake of Flatliners, Sony Pictures and producer Michael Douglas are not choosing another soon-to-be-discovered actress for the female lead. Instead, the role has gone to Ellen Page, the star of Juno, Hard Candy, and the actress who played Kitty Pryde in two of the X-Men movies. The Flatliners remake will be directed by Niels Arden Oplev, who is currently best known for directing the original Swedish version of The Girl with the Dragon Tattoo (the one that made Noomi Rapace a star).

Rotten Ideas of The Week

3. THE FLASH TO BE DIRECTED BY… A VAMPIRE/ZOMBIE SPECIALIST?

Based on the last 50+ years of televised evidence, nailing comic book superhero adaptations in weekly television form is an enterprise with lots of obstacles and hurdles to overcome. One recent such show that audiences and critics appear to think has gotten it “right” is The Flash, which currently holds an impressive 98 percent Tomatometer score. The show has accomplished this at least partly by aiming for “fun” and a light-and-bright approach to the characters and plots. Unlike Marvel, which maintains the same continuity and “universe” for both movies and TV shows, Warner Bros and DC Comics separates their shows and films, and so the same is being done with The Flash (3/23/18). This week, the news broke about which director Warner Bros has hired for The Flash, and their choice was surprising for a few reasons. First of all, screenwriter and producer Seth Grahame-Smith is not (yet) a director, but will be making his debut with The Flash. Grahame-Smith’s career focus has been mostly on books and scripts that “mash up” horror and historical subjects, such as Abraham Lincoln: Vampire Hunter, Pride & Prejudice & Zombies (the first trailer of which debuted this week), and to a lesser degree, Tim Burton’s adaptation of Dark Shadows. For that reason, The Flash never seemed like an obvious choice for Grahame-Smith’s feature film directorial debut. Ezra Miller (The Perks of Being a Wallflower) will star as The Flash when it hits theaters on March 23, 2018. It was also reported this week that Warner Bros has restarted development of the long-in-the-works Justice League Dark project, featuring characters like John Constantine, Swamp Thing, Deadman, and Zatanna.

The Weekly Ketchup first reported on Disney’s plans for a live action Cruella (De Vil) movie two years ago this week. At that time, the studio had hired screenwriter Aline Brosh McKenna to work on the remake, following her work on movies like 27 Dresses and The Devil Wears Prada. Two years later, Walt Disney Pictures is still developing (“fast tracking,” even) the 101 Dalmatians spinoff for Cruella De Vil, and with that news, comes a new screenwriter. The live action reboot is now being adapted by Kelly Marcel, who previously worked with Disney on the “making of Mary Poppins” movie Saving Mr. Banks. Kelly Marcel’s most famous (and most recent) film, however, is Fifty Shades of Grey (25 percent on the Tomatometer). Cruella will be the third major live action version of the character, following Glenn Close’s version in the 1996 and 2001 101 Dalmatians movies, and her appearance last year on ABC’s Once Upon a Time.

With a release date only about 15 months away (1/13/17), Lionsgate’s new live action Power Rangers appeared to kick into a new level of pre-production this week, which began with three “short lists” revealed for the Black, Red, and Pink Power Rangers.  (The Yellow and Blue Power Rangers will make up the other 40% of the team.) Unsurprisingly, the actors listed are mostly young, and for a movie where much of the budget will probably be spent on monsters and fight sequences, none of them are currently “name stars.” The first confirmed Power Rangers star was then announced on Wednesday via the movie’s Instagram account. The role of the Pink Power Ranger will be played by relative newcomer Naomi Scott, whose filmography includes the teenage daughter Maddy Shannon in the FOX TV series Terra Nova, and a small role in last week’s The Martian. There was also a report this week about the film’s premise (which is not a total reboot as previously reported), including who the main villain will be, but it might be a spoiler to recent seasons of the TV show(s), so click-and-read with that warning. Power Rangers will be the second feature film for director Dean Israelite, who made his debut earlier this year with Project Almanac (34 percent on the Tomatometer).