Plus, Neighbors 2: Sorority Rising is good for some laughs, and The Nice Guys is Certified Fresh.

This week at the movies, we’ve got furious fowl (The Angry Birds Movie, featuring voice performances by Jason Sudeikis and Josh Gad), a neighborhood feud (Neighbors 2: Sorority Rising, starring Seth Rogen and Rose Byrne), and mismatched detectives (The Nice Guys, starring Russell Crowe and Ryan Gosling). What do the critics have to say? 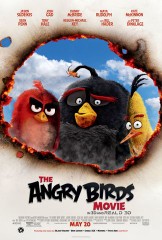 First the good news: at press time, The Angry Birds Movie is the best-reviewed video game film adaptation of all time. The bad news is that it’s still Rotten on the Tomatometer. It’s the story of Red (voiced by Jason Sudeikis), an oft-enraged bird who fears that a group of pigs want to invade his avian paradise. Critics say The Angry Birds Movie has a colorful look and a few decent gags, but it wastes a stellar voice cast on a script filled with lowbrow humor and mixed messages. 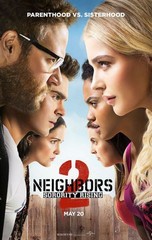 Seth Rogen and Rose Byrne squared off against an obnoxious fraternity in 2014’s Neighbors, and the result was a Certified Fresh hit comedy. This time around, Mac (Rogen) and Kelly (Byrne) face a similar predicament when a sorority led by party girl Shelby (Chloë Grace Moretz) moves in next door, so they reunite with frat boy Teddy (Zac Efron) to fight fire with fire. Critics say Neighbors 2: Sorority Rising manages to squeeze enough fresh laughs out of its recycled premise to make it worth a watch, even if it doesn’t feel like a particularly necessary sequel. 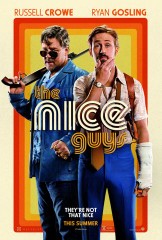 Shane Black may not have invented the odd couple action/comedy, but he’s one of its greatest purveyors – he wrote the script for Lethal Weapon and directed Kiss Kiss, Bang Bang. Now he’s back with The Nice Guys, and critics say this wild and woolly comedy – about a private eye who teams up with an enforcer to find a missing woman – boasts terrific comic chemistry between Russell Crowe and Ryan Gosling, along with a surfeit of groovy 1970s style.

A thrilling celebration of the bizarre, Preacher boasts enough gore, glee, and guile to make this visually stunning adaption a must-see for fans of the comic and newcomers alike.

Chelsea comes up short in its attempts to innovate the conventional talk show format — and even worse, it frequently fails to be smart or funny.