Plus, studio production dates for dozens of movies for 2009.

This week saw the announcement of a couple of sequels, some casting news/rumors for two big DC Comics titles, two new biopics and adaptations of some classic English lit. Thankfully, no remakes this week!

Following the success this past summer of Get Smart, Warner Bros has both signed Steve Carell to return in a Get Smart sequel, and signed the comedian-actor to a three picture first look production deal (which doesn’t include Get Smart 2). No writer or director has been announced yet, and there’s no word yet on any returning cast besides Steve Carell, such as Dwayne “The Rock” Johnson or Anne Hathaway. Considering Johnson’s continuing love affair with kiddie movies, maybe Get Smart 2 will prove too mature and sophisticated to come back to.

The New York Post is reporting that Kevin Costner has been in Los Angeles, talking to Bull Durham director Ron Shelton (Tin Cup, White Men Can’t Jump) about reteaming once again on Bull Durham 2, which would also see the return of Susan Sarandon and Tim Robbins, whose characters now own a MLB baseball team that Costner’s character Crash Davis manages. Kristen Kerr, costar of Showtime’s Dexter, is expected to costar as Crash Davis’ latest romantic interest. The idea of a Bull Durham 2 seems a bit out of left field, but if Stallone can come back with Rocky Balboa and Rambo, why not?

As negotiations continue with the Screen Actors Guild, Variety published an overview this week of the 40+ movies that the studios are aiming to start production on in the spring or summer of 2009, and there are some interesting titles. We’ve heard that most of the titles in the article were in development, but it’s an entirely different thing to actually see that a production start date has been decided upon. The movies the studios hope to start filming by next summer (see the article for the full list) include: The A-Team, Alvin and the Chipmunks 2, Beverly Hills Cop 4, Bioshock (videogame adaptation), Clash of the Titans, Footloose (starring Zac Efron), Gears of War (videogame adaptation), The Green Hornet, Iron Man 2, Jonah Hex, Mars Needs Moms (Robert Zemeckis-produced CGI), A Nightmare on Elm Street, Ramona (Beverly Cleary’s), Robocop, Sex and the City 2, The Sorcerer’s Apprentice (Fantasia spin-off starring Nicholas Cage), Thor, Tr2n and Wild Hogs 2.

With W. opening next week, Josh Brolin is already in talks to star in what is being seen as a potential franchise starter, Jonah Hex, based upon the long-running DC Comics title from the 1970s (and in other titles in the 30 years since), about a scarred former Confederate soldier turned Western bounty hunter. Jonah Hex would go on to spend his second series, published in the 1980s, in the future, but the latest script review suggests this first movie is set entirely in the 19th century. Jonah Hex is being written and will be directed by the team of Mark Neveldine Brian Taylor (Crank). That’s not the only DC casting news, however, as Latino Review is reporting that Warner Bros’ top choice to play Hal Jordan in the fast-tracked Green Lantern movie is Ryan Gosling (The Notebook). Gosling continues to show himself to be a really top notch young actor, but he doesn’t really look like Hal Jordan to me (something about his eyes, they’re too… squinty?).

Earlier this year, Ridley Scott made a comment that his next film after Nottingham would be an adaptation of a sci-fi novel, which led to online speculation that it might be Brave New World by Aldous Huxley. Well, the trades haven’t picked up on this yet, but the talented director of Alien and Gladiator has confirmed in this interview that yes, indeed, Brave New World is his next project! Scott says that the project was brought to him by Leonardo DiCaprio’s production company, Appian Way (The Aviator, the upcoming Atari biopic), and that the director feels that DiCaprio would be “perfect for it.” Brave New World is set in a future governed by a world “utopia” where everyone does drugs and sex is purely for recreation, because the government uses “hatcheries” to create test tube babies. The script is still being worked on, so that does put a bit of a question mark about whether it will really be Scott’s next after Nottingham, but this is still very exciting news.

Director Julie Taymor (Frida, Across the Universe) made her debut with the flamboyantly designed Shakespeare adaptation Titus, and now she’s returning to the Bard’s work with The Tempest, one of his most mysterious and mystical plays, but with a twist: the magician Prospero will now be Prospera, and played by Helen Mirren. The Tempest is set on a magical island inhabited by the sorceress and Duchess, Prospera, her daughter Miranda (Felicity Jones), her mystical servant Ariel (played by Ben Wishaw, another gender switch) and the deformed slave, Caliban (Djimon Hounsou). The story is propelled by the arrival of the passengers of the royal ship (wrecked by a storm caused by Prospera) of Prospera’s brother, King Alonso of Naples (Jeremy Irons), which include Gonzalo, a former advisor of Prospera’s (Geoffrey Rush, in talks), a butler (Alfred Monlina) and a jester (Russell Brand). The Tempest, which is scheduled to start filming in Hawaii in November to capture the appropriate island atmosphere (maybe they will bump into the Lost crew?), will be distributed by Miramax.

Charles S. Dutton announced earlier this year that he has a deal with HBO to develop a six hour mini-series about the life of famed jazz trumpeter (and singer) Louis Armstrong. So, actor/director Forest Whitaker (First Daughter, Hope Floats) has signed a deal with a French production company to direct and star in What a Wonderful World, a theatrical biopic about Armstrong, from a script by Ron Bass (Dangerous Minds, What Dreams May Come), who also cowrote Whitaker’s directorial debut, Waiting to Exhale. This will be Whitaker’s second run at portraying a jazz great, following his turn as Charlie Parker in Bird. What a Wonderful World is scheduled to start filming in the summer of 2009 in Louisiana.

With Marvel prepping their Ant-Man movie for sometime in the next few years, Warner Bros. has fast-tracked a potential tentpole project based on the English folklore character Tom Thumb, with Kevin Lima (A Goofy Movie, Enchanted) directing and Red Wagon Productions (Stuart Little, Bewitched) producing. Revamping the tiny character’s origin story (which was often connected to Merlin and King Arthur), the script by Robert Rodat (The Patriot, Saving Private Ryan) is about an arrogant knight who is shrunk to 6 inches tall while assigned to protect a princess.

#10 HOLLYWOOD TO MAKE ANOTHER HINDU MOVIE AFTER THE LOVE GURU

Good news, Hindus, followers of the 3rd largest religion on the planet: Mike Myers did not kill all future hopes of your faith getting attention on the big screen with this summer’s atrocity, The Love Guru. The newly renamed Liquid Comics (formerly Virgin Comics) has signed a deal with producer Mark Canton (300, Land of the Dead) and Mandalay Pictures (Sleepy Hollow) to make a movie version of their comic title, Ramayan 3392 A.D., which is a futuristic sci-fi series inspired by the blue-skinned Hindu prince, Rama (an avatar of Vishnu), and his battle against the evil demon, Ravan. The comic series was created by self-help author Deepak Chopra and film director Shekhar Kapur (Elizabeth, The Golden Age), as part of Liquid/Virgin’s mission to publish comic book titles written by celebrities like directors, actors and musicians. Sony Online Entertainment is also developing a MMO video game (like World of Warcraft) based upon Ramayan 3392 A.D. John Collee (cowriter of Master and Commander: The Far Side of the World) is working on the script. 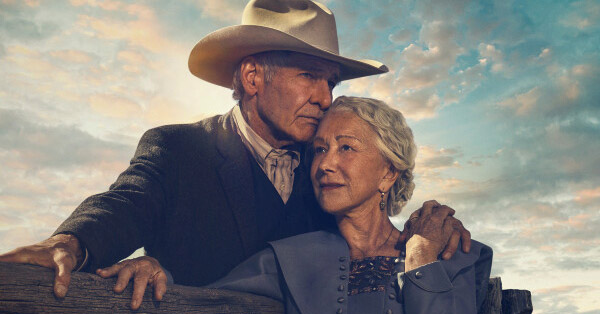