Critics Consensus: 10,000 B.C. is Primitive; Bank Gets the Job Done

Also: College Trip is on a Road to nowhere.

This week
at the movies, we’ve got prehistoric passion (10,000 B.C., starring
Steven Strait and
Camilla Belle), travel travails (College Road Trip,
starring Martin Lawrence and
Raven-Symone), and
hard-boiled heists (The Bank Job, starring
Jason Statham). What do the
critics have to say?

If you’re
looking for subtlety,
Roland Emmerich is not your man. That’s not to say he’s a
bad filmmaker; he’s made some quality big-budget, high-concept yarns (Independence
Day springs to mind) that deliver thrills aplenty. Unfortunately, critics say
his latest,
10,000 B.C., is mired in the stone age. B.C. stars

Steven Strait and
Camilla Belle as a pair of hunting-and-gathering honeys; when
Belle gets kidnapped, Strait and members of their tribe journey into the unknown
to save her — and run across saber-toothed tigers, wooly mammoths, and other
civilizations. The pundits say 10,000 B.C. doesn’t lack for compelling
visuals, but it’s weak on plot and characterization and filled with
unintentional comedy. At 12 percent on the Tomatometer, 10,000 B.C. is a
Mesolithic mess. It’s also the worst-reviewed film of Emmerich’s career.

With
College Road Trip,
Martin Lawrence joins
Ice Cube and
Robin Williams in the pantheon
of once-edgy performers toplining poorly-reviewed family road trip comedies.
Lawrence stars as the overbearing father of
Melanie (Raven-Symone), whose plan for a just-the-girls trip to look at schools
is undermined by her dad’s insistence on going along for the ride; subsequently,
laffs are had and lessons are learned, at least in theory. The pundits say Road
Trip features over-the-top gags and a remarkable shortage of comic
imagination. At zero percent on the Tomatometer, this is the worst-reviewed film
of Lawrence’s career, edging out the five percent
Big Momma’s House 2.

Maiden voyage of the Battleship Pigtemkin.

After
touring the martial arts circuit in movies like
The Transporter and
War,
Jason Statham returns to his grimy thriller roots with
The Bank Job.
Based on the real-life 1971 robbery of security deposit boxes, he stars as a
petty thug in over his head as the job spirals out of control. It’s a throwback
to the heist movies of yore, and according to the critics (to quote
The French
Connection‘s tagline) the time is right for an out-and-out thriller like this.
Director Roger Donaldson never lets the pace flag, forging a movie that’s
dramatic, funny, and plain entertaining. At 73 percent on the Tomatometer, The Bank Job is looking like a solid investment. (And
check out our Total Recall feature on heist movies 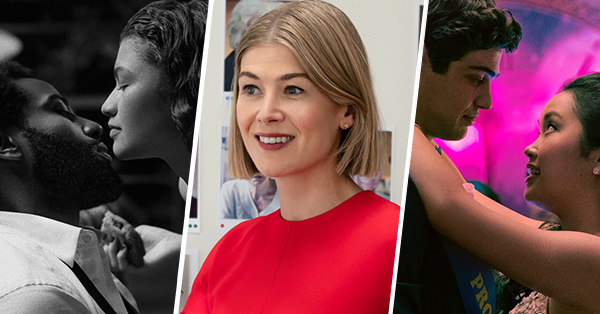 New on Netflix in February 2021