9 TV Shows You Should Binge-Watch This July

Sometimes you need a couch instead of a beach chair. We invite you now to spend a July afternoon with any of these fine series. Catch up before they return with a new installment.

What it is: Creator Aaron Korsh struck gold in 2011 with this popular legal drama—and it’s still going seven seasons strong! The premise is simple: Mike Ross (Patrick J. Adams) is a law school dropout and brilliant fraudster who, upon impressing New York City’s top closer, Harvey Specter (Gabriel Macht), lands a job as Harvey’s associate despite not having a license. Mike proves, however, that he’s up to snuff, and together, he and Harvey work to keep his sordid past and illegitimacy a secret.

Why you should watch: Suits works because it’s in on its own fun. Its high concept rags-to-riches premise especially works thanks to the chemistry of Adams and Macht. It’s a steep order to binge six seasons, of course, but the show’s two charming leads along with their formidable supporting cast have kept us coming back for more. Suits returns for its seventh season on July 12. 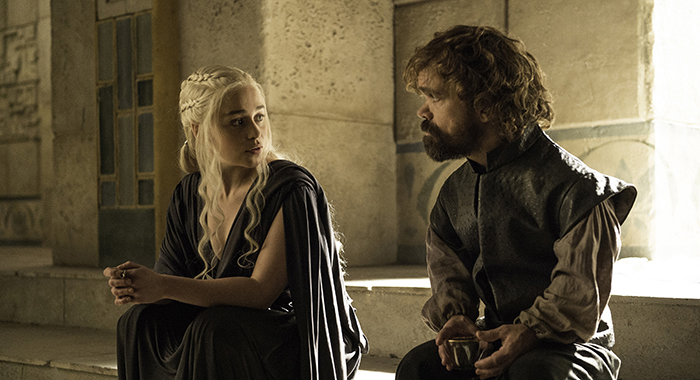 What it is: This critical darling and fan-favorite fantasy series needs no introduction. Based on George R.R. Martin’s A Song of Ice and Fire book series, Game of Thrones charts the rise and fall of families and kingdoms in the mythical Westeros as one after another fights for the Iron Throne.

Why you should watch it: Over the course of its six seasons, Game of Thrones has tapped into the cultural zeitgeist, become Monday’s mandatory water-cooler conversation, and stirred national debate on what’s to come for its ensemble of beloved characters. Fan theories abound, so if you’re new to Westeros, stay away from Reddit until you’re all caught up. We promise it’s an adventure you don’t want to miss. Season 7 premieres July 16. 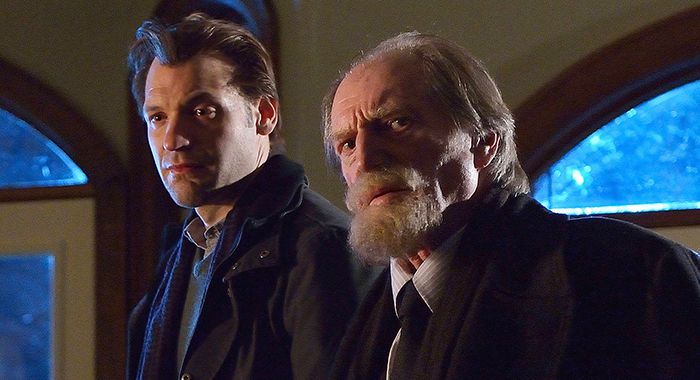 What it is: If you’re a horror fan craving a different kind of bite than Sharknado, The Strain may well be for you. From visionary creators Guillermo del Toro and Chuck Hogan, this graphic novel-inspired horror series imagines a world where a vampiric viral outbreak risks wiping out humanity as we know it.

Why you should watch: While The Strain brings little new to the table of vampire-themed scares, you can rest assured that you’re in good hands with del Toro and Hogan, who here are adapting their own book series. We also love seeing Corey Stoll — forever a standout supporting player and scene-stealer — boosted to leading man as Dr. Ephraim Goodweather. The Strain returns for its fourth and final season on July 16. 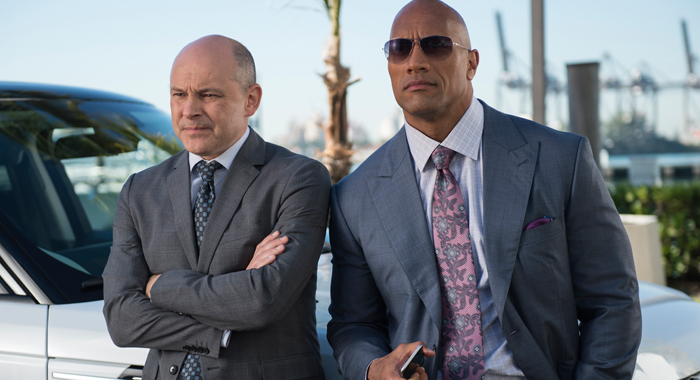 What it is: From creator and multi-Emmy nominee Stephen Levinson (Entourage), Ballers stars Dwayne “The Rock” Johnson as Spencer Strasmore, a Miami Dolphins retiree who finds a second wind as a financial manager for the footballers and friends he left behind.

Why you should watch it: Sure, Johnson is one of the world’s highest paid and biggest movie stars, but Ballers is definitive proof that he’s got the acting chops to back his paycheck up. Plus — like Entourage before it — watching high-rolling men butting heads and behaving badly makes for good TV. Ballers returns for season 3 on July 23. 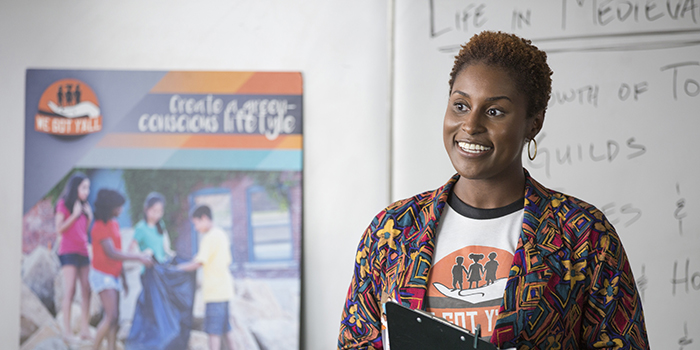 Why you should watch it: Upon its premiere last year, Insecure was praised for its inspired take on gender and race in millennial America and contributed to a larger discussion about diversity on TV. While that’s certainly important, the series is also much more than a hot-button pusher. Hilarious and heartfelt, it’s the kind of off-kilter take on love and life that’s immediately relatable. The series returns for season 2 on July 23. 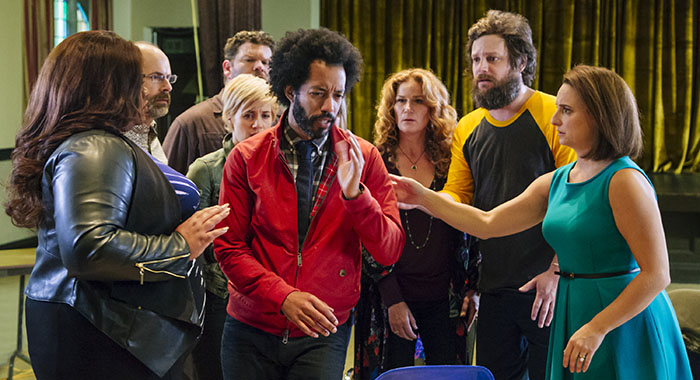 What it is: Wyatt Cenac stars as Ozzie Graham, a journalist who is assigned to cover an alien abduction support group. The characters he meets there are equal parts strange and engrossing. And unexpectedly, he begins to learn that maybe he, too, has been victim of E.T. examinations.

Why you should watch: The sort of oddball characters that are good for a sideline gag and laugh in other series are put centerstage here to transcend the gag and become characters that we actually care about and empathize with. Whip-smart scripts with a penchant for the absurd allows this quick 30-minute comedy to go down easy. Spend an afternoon to catch up before season 2, premiering July 24. 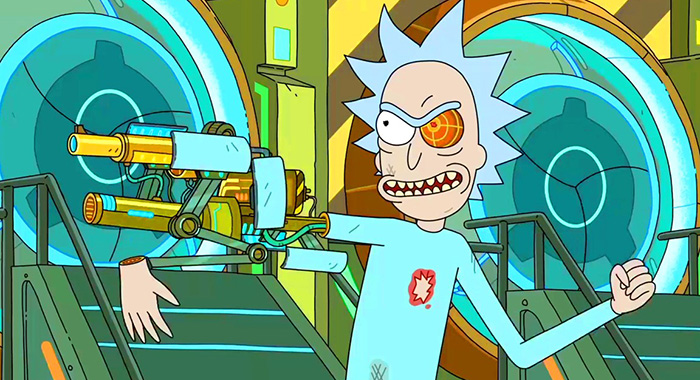 What it is: This half-hour Adult Swim sci-fi sitcom follows the misadventures of mad scientist Rick Sanchez and his nervous grandson Morty. Alcoholic Rick moves in with his daughter Beth’s family after a 20-year absence and splits his time between interdimensional travel and domestic tedium.

Why you should watch: Creators Justin Roiland and Dan Harmon offer up audacious comedy in the animated series aimed squarely at adults. While Roiland provides the voices of both Rick and Morty, the voice cast includes the talents of Chris Parnell, Spencer Grammer, and Sarah Chalke. The new season premieres July 30. 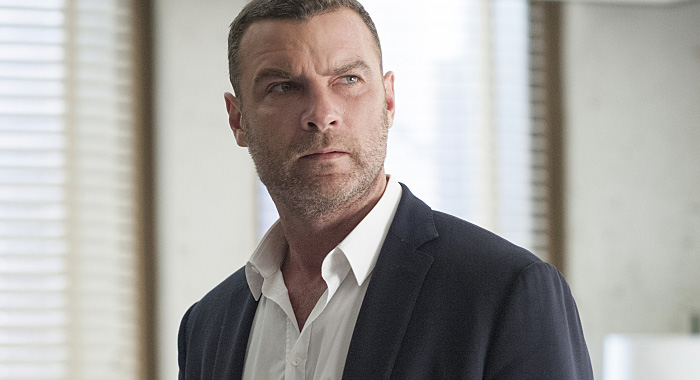 What it is: Ann Biderman’s Ray Donovan ranks as one of the finer character studies in recent memory, with Liev Schreiber playing the titular L.A. “fixer” with smoldering grit and Jon Voight as his no-good father who’s straight out the slammer. Ray may be the man L.A.’s rich and famous call to get out of trouble, but upon the return of his father, Donovan, a family man himself, finds he has problems of his own.

Why you should watch: When Ray Donovan premiered on Showtime in 2013, it promised the arrival of an exciting new anti-hero. It’s since stayed true to that promise and hasn’t let up, bringing us into the hidden underbelly of Los Angelean elite and slowly unveiling the many layers of a complicated and troubled man. With the addition of the great Susan Sarandon for season 5, which premieres August 6, there’s sure to be more goods to come. 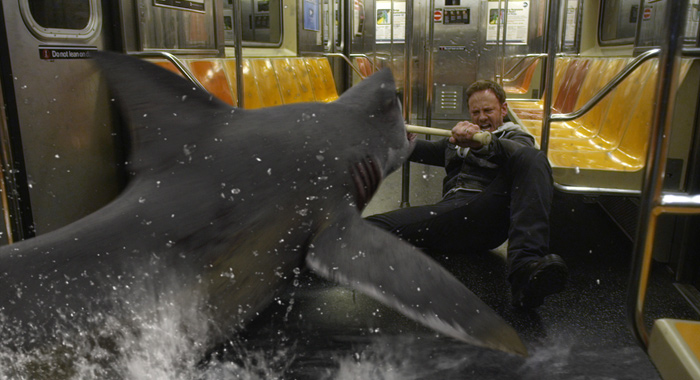 What it is: Just as it sounds, the City of Angels becomes one of flying sharks in this instant horror-camp classic franchise.

Why you should watch: What started as an unlikely TV phenomenon in 2013 with Tara Reid at top billing has become an annual must-watch for B-movie fans the world over. Surprisingly compelling, the TV movie series seems to get more creative and daring with each outing. See what we mean by watching the four previous films before Sharknado 5: Global Swarming’s big premiere August 6.