9 Things We Learned This Week About Fuller House

One day after Netflix CCO Ted Sarandos teased the press with hints about Fuller House and hopes that Mary-Kate and Ashley Olsen might return after all, two Full House stars appeared at the Television Critics Association press tour. Candace Cameron Bure and Lori Loughlin attended the Hallmark Channel party because they are each in multiple Hallmark movies and Loughlin is on the Hallmark series When Calls the Heart.

IT WON’T BE SAD 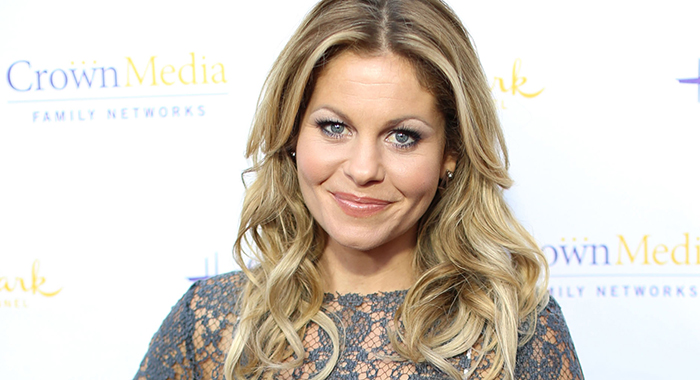 In a morbid parallel to the original, Fuller House begins when the Tanners reunite after the death of D.J. (Cameron Bure)’s husband — just like how Uncles Jesse (John Stamos) and Joey (Dave Coulier) moved in with Danny (Bob Saget) after his wife passed away. Tanner spouses apparently have a life expectancy of a Dirty Harry partner, but Cameron Bure assured us it won’t be a downer.

“I think the way they’ve developed the show, it is tragedy that starts off the show which was like the original Full House, but the themes are always heartfelt,” she said. “It’s always a situation that you can learn something from. It doesn’t have a different tone. Tonally it’ll feel the same as the original Full House which is heartfelt, funny and family-friendly. But it’s current. It’s today’s times.”

D.J. IS NO LONGER PREGNANT 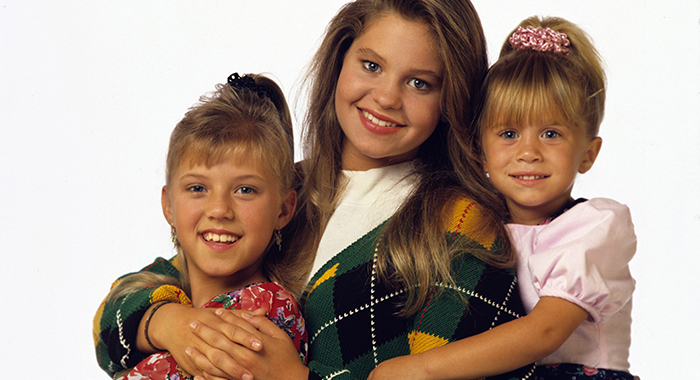 Early reports said that D.J. would be a pregnant widow, but it turns out that that was one tragedy too many. The writers moved D.J.’s pregnancy along so that she had at least given birth before she lost her husband.

“She’s actually not pregnant anymore,” Cameron Bure said. “The baby’s been born. I think for that very reason, we didn’t want to start it off quite so heavy, so some more time has passed than they originally intended.”

BECKY AND JESSE ARE THE SAME AS EVER 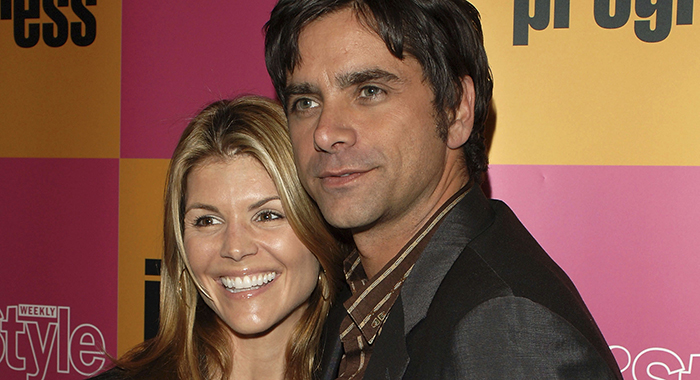 Loughlin joined Full House in the second season and become a love interest to bad boy Jesse. They got married in season four, and Loughlin is happy to report their love has stood the test of time.

“I’ve always that they were still a couple, happily married and still in love, and they are,” Loughlin said. “It’s not really that different than what I imagined, not that I sat around thinking about what happened to Jesse and Becky. I was busy raising my two kids.”

STEVE LIVES BUT WHY DIDN’T HE MARRY D.J.? 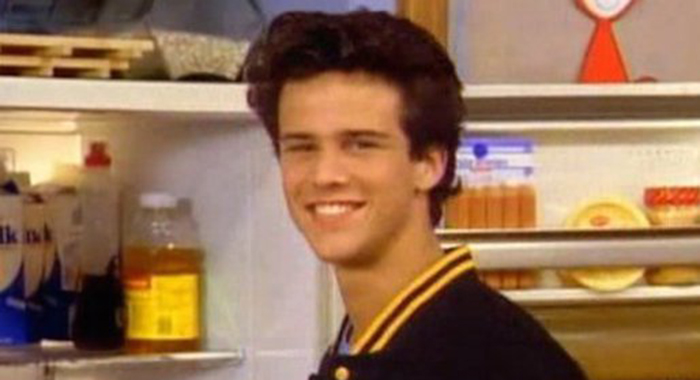 D.J.’s boyfriend in later seasons was Steve Hale played by Aladdin himself (or at least his voice), Steve Weinger. So news of the late Mr. D.J.’s passing had us doubly worried. How could Steve die? Lucky for Steve (and 12-year-old girls in the 1990s), Steve was not D.J.’s late husband. But then, why didn’t D.J. marry Steve?

WE LEARN ABOUT D.J.’S HUSBAND THROUGH HER KIDS 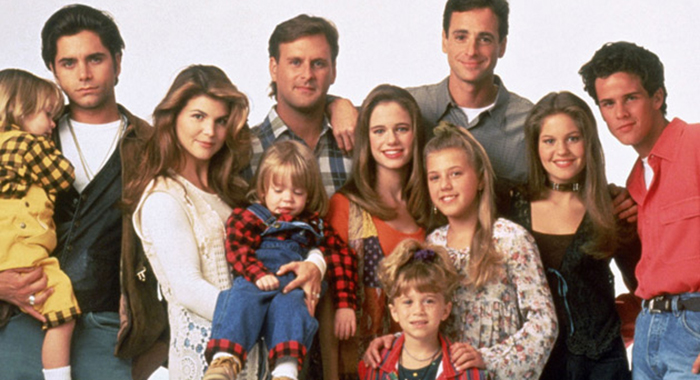 Fuller House has 99 percent of the original cast returning, so we’ll get to catch up with them. Only baby Michelle will be gone. The one new member of the Tanner family won’t be around to speak for himself, so others will have to speak for him. Cameron Bure said that we will learn about D.J.’s late husband when the family shares their memories of him.

“I think you’ll learn little bits about him throughout the show, just like you did on the original Full House,” Cameron Bure said. “I don’t know any details on whether they’ll have flashback scenes or anything like that. I have no idea, but we talk about him because you have to. When that happens and you have children, it’s something that you have to discuss and discuss those emotions and the healing from it and how to move on with life.”

THE THEME SONG IS A BIG SURPRISE 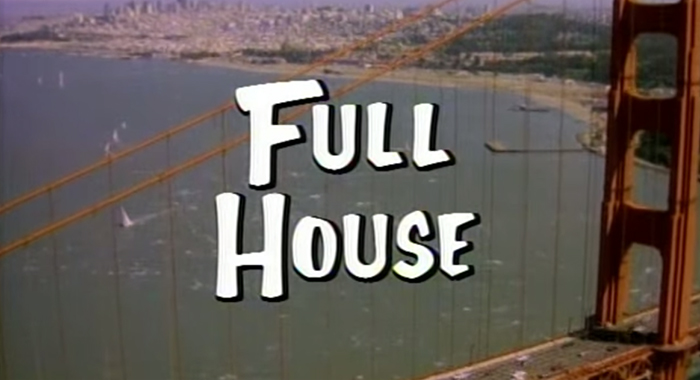 “Everywhere you look, everywhere you go…” Every kid remembers the Full House theme song. It was actually really jarring to see Full House in syndication with generic music over the titles because they couldn’t pay for the music rights. Apparently something special is in the works for Fuller House. If there weren’t, Loughlin would be able to give us a straight answer.

Instead, when asked if the classic theme song would be reprised, or if there’d be a new version, Loughlin simply said, “I can’t tell you.” It means we’re asking the right questions. Something’s up with the theme song. 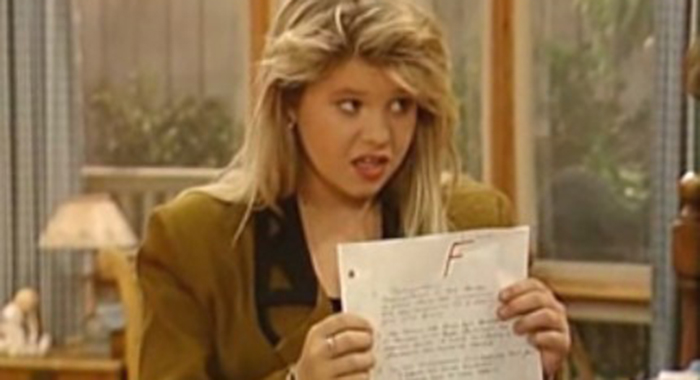 When child actor Candace Cameron was on Full House, she got the scripts and said whatever the writers told her to. Now that she is a grown-up, a producer, and a mother herself, Cameron Bure got a say in what D.J. says and does in Fuller House. She’s worked with Full House creator Jeff Franklin and the writers, and when we see what kind of mother D.J. turns out to be, it’s actually the mother Cameron Bure really is.

“I get to do that with the writers and sit down and talk with them and get to hear their thoughts, they hear my thoughts so it just becomes this character that we all love,” Cameron Bure said. “We’re so happy that we have Jeff Franklin who created the original show, because there’s no one that knows the characters better than Jeff. Really since the show was in the conceptual stages, we started talking about the character and just like with the original show, the writers would always want to know what was going on in our personal lives and what could translate that would be relatable to scripts on the show. It’s really the same for this show. They’re asking me what kind of mom I am with my three kids. We’re going to use a lot of my own personal experiences but we’ll make them DJ’s in the way that she is a mom.” 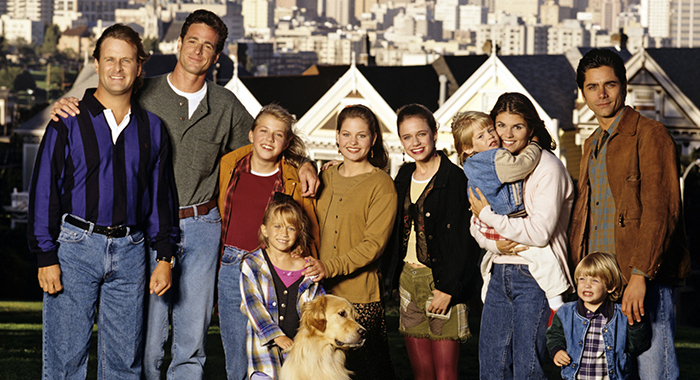 The first episode of Fuller House will film this Friday. For one thing, it’s rare that a comedy even shoots in front of an audience anymore. The CBS sitcoms still do, but Fuller House isn’t going to deprive a live studio audience of the Tanner family either. Loughlin is excited for the first taping.

“It’s been a long time,” Loughlin said. “It’s always so exhilarating when that audience comes in. They really bring another element which is why they do sitcoms in front of a live audience. They just bring the energy right up.”