7 TV Shows You Should Binge-Watch This April

Some of the hottest television series are returning this month, so if you have yet to catch up, you’d better get started! To help you out with that, we’ve put together our monthly binge list, which should help direct you to all the places where you can power through the seasons and episodes you may have missed. With that in mind, here are seven choices we recommend for your extended viewing pleasure during the month of April. 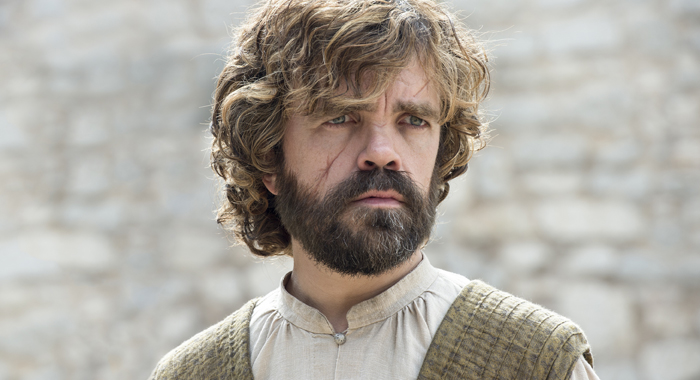 Why you should watch it: Season six marks the official break from the source novels, since pretty much everything this season will be new to everyone. In other words, it’s a great time to get caught up. Immersing you in the world of Westeros, Game of Thrones features a wealth of well-developed characters whose arcs take shocking turns. Certified Fresh for all five seasons, the show is also incredible to look at with big-budget production values that rival any blockbuster film.

Where to watch: Amazon, Google Play, iTunes, Vudu, and on HBO GO with a cable subscription 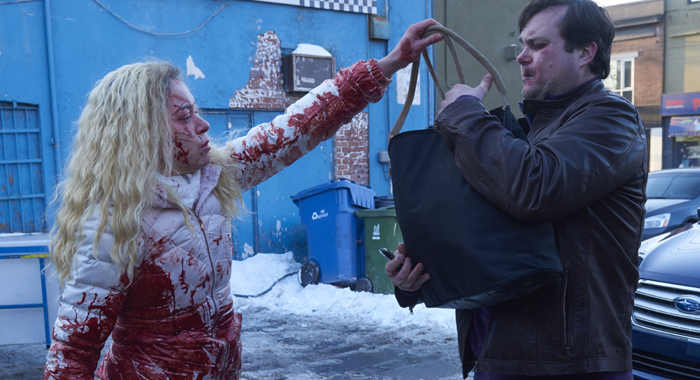 What it is: After seeing “herself” jump in front of a train, a young woman named Sarah Manning discovers she is a clone and, with the help of the others like her, falls into a conspiratorial whirlwind of mystery and deception.

Why you should watch it: Tatiana Maslany has received attention for her performances as each clone, but that’s not the only reason to watch. Suspense, drama, action, and a touch of tongue-in-cheek humor make this one a must-see for fans of varying genres. With its fourth season set to premiere on BBC America on April 14, you’ve got a little time to catch up before things heat up again.

Where to watch: Amazon Prime, Google Play, iTunes, and Vudu 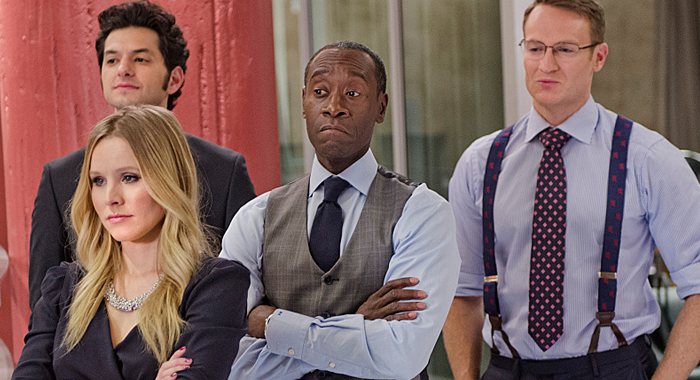 What it is: A shamelessly unscrupulous management consultant begins his own firm and engages in highly questionable business practices to achieve his goals.

Why you should watch it: The cast is full of talented veterans, from its star, the inimitable Don Cheadle as Marty Kaan, to his team, which includes Kristen Bell and Ben Schwartz (you may know him as Jean-Ralphio from Parks and Recreation). Beyond the strong ensemble, though, House of Lies possesses a dark, incisive sense of humor, and at a half hour an episode, it flies by. Its fourth season gets going on Showtime on April 10.

Where to watch: Amazon (S1, S2 free with Prime), Google Play, iTunes, Vudu, Showtime Anytime with a cable subscription, and you can watch the season four premiere free on RT!

What it is: In Mike Judge’s comedy set in Bay Area’s tech universe, Richard (Thomas Middleditch) and his team of socially awkward developers make an app, catching the attention of the area’s billionaire investor.

Why you should watch it: This savvy satire was a big enough hit — both with audiences and critics — that HBO lengthened its original 8-episode first season to ten glorious episodes for season two. The cast, featuring Middleditch, T.J. Miller, and Kumail Nanjiani, perfectly capture the oddball characters who rule the Internet, and thanks to the comic sensibilities of Mike Judge, the series manages to be witty, silly, and incisive all at the same time.

Where to watch: Amazon, Google Play, iTunes, Vudu, and on HBO GO with a cable subscription 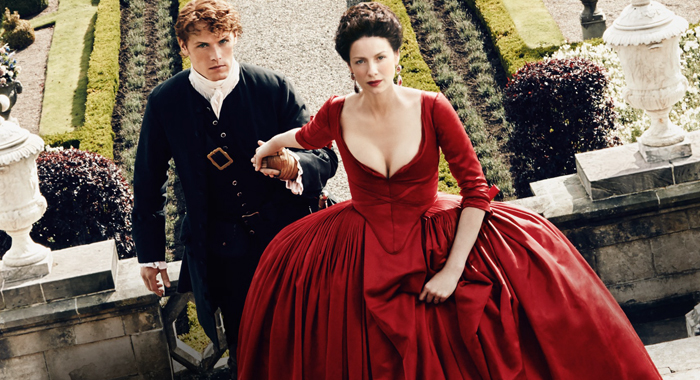 What it is: Based on the bestselling books by Diana Gabaldon, Outlander is the story of Claire Beauchamp Randall (Caitriona Balfe), a married WWII nurse who finds herself mysteriously transported back in time to 1743 where she meets an irresistible Scottish warrior (Sam Heughan).

Why you should watch it: In addition to bringing two separate historical time periods to life, the Certified Fresh Outlander will win you over with its heroine Claire, whose sexy, feisty nature is anything but dated. Season two, which finds Claire and Jamie relocated to France, premieres with new episodes on Saturday, April 9 on Starz. 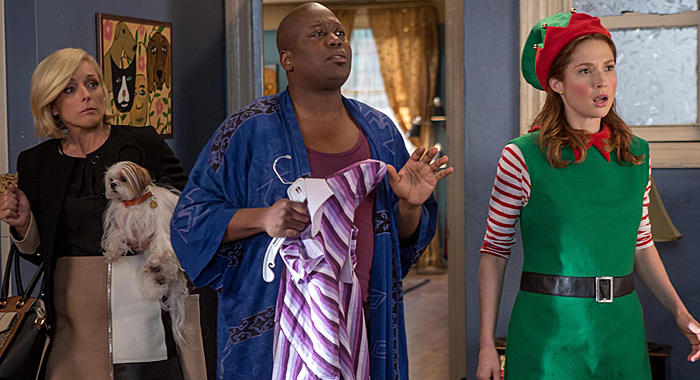 What it is: In executive producer Tina Fey’s Netflix original comedy series, Ellie Kemper plays Kimmy Schmidt, a sheltered young woman who escapes to a new life in New York City after living as a “mole woman” in an Indiana cult for 15 years.

Why you should watch it: Critics agree that Kemper shines as Kimmy, whose spirit cannot be broken by the challenges of life in the five boroughs. Add 30 Rock-style humor from a hilarious cast that includes Tituss Burgess, Jane Krakowski, and Carol Kane, and this is one binge that will leave you smiling all weekend. All episodes of season two will drop on Netflix on Friday, April 15, so you’ll have plenty of time to burn through the first season. 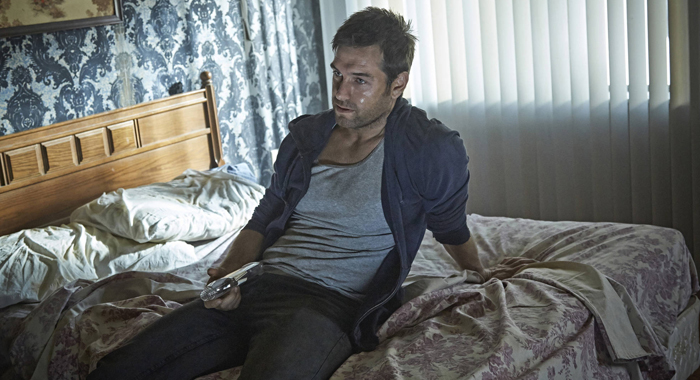 What it is: A dangerous ex-con attempts to reconnect with his true love and ends up replacing a small town’s new sheriff when the sheriff is killed before anyone meets him.

Why you should watch it: It’s hard to find a show so crazy, so nasty, and so sexy. The talented cast makes it difficult to choose who to root for, whether it’s the violent ex-con disguised as the sheriff, his ex-partner/lover-in-crime hiding her past, or the “businessman” mob-boss who excommunicated himself from his Amish family to run the town. Season four premiered on Friday and the season three DVD came out today, so it’s a great time to start watching. 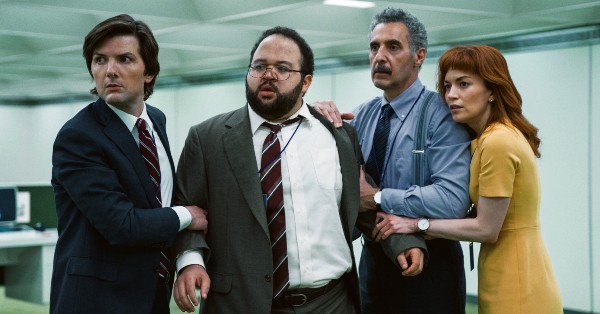