7 Things to Prime You for WGN's Outsiders

The Cast Promises Something You’ve Never Seen on TV Before

Outsiders, WGN’s new series about a wild clan living atop a mountain in rural Kentucky, may not be the first show we’ve seen set in Appalachia (we still miss you, Justified), but we’ve never seen Appalachia done quite like this before.

From award-winning playwright Peter Mattei, veteran TV producer Peter Tolan, and beloved actor Paul Giamatti comes the wild tale of the Farrell clan, an extended family who has occupied the top of Shay Mountain for over 200 years, living off the grid and only interacting with society when absolutely necessary. When a threat upon their way of life finds its way up the mountain, the Farrells respond the only way they know how — with hair flying, ATVs revving, and guns at the ready. Oh, and plenty of moonshine too.

Here’s everything you should know before you watch season one of Outsiders, premiering Tuesday, Jan. 26, at 9 p.m. on WGN.

This Is a Very Well-Researched Version of Appalachia

Forget what you think you know about Appalachia because Outsiders plans to dispel a number of misconceptions for you. According to actress Christina Jackson, who plays the beautiful young store clerk Sally-Ann, the cast makes sure that they play their characters simple, but not stupid. “That’s a myth about the Appalachians — that they’re just uneducated and they live crazy and wild lives.”

Some of the cast visited the Appalachian Media Institute and the Institute of Appalachian Studies at the University of Kentucky to get into character, including Thomas M. Wright, who also spent time with coal miners and local law enforcement to better understand the culture for his character Sheriff Wade Houghton.

But to be clear, don’t think that the Farrells themselves are too representative of people in the area. Laughing a little, actor David Morse, who plays the formidable Big Foster, told Rotten Tomatoes, “The Farrell life and the family that we’re playing, I think, is a little bit different than we might find normally up there.”

These Are People Who Have Long-Established Traditions

Under a lush canopy of trees in the verdant world of the mountaintop, the Farrells are a group of people who have known the same way of life for over 200 years, living by their own laws on zero money.

“There’s a world that’s never really been seen,” said Kyle Gallner, who plays a young inquisitive man named Hasil who’s fascinated with life down the mountain.”These people have their own rules, their own customs, and their own way of life.”

The politics within the clan will be explored as early as the first episode when Morse’s character, Foster Farrell the 6th, realizes that his long-promised anointment as the Bren’in (the Farrells’ king) is delayed by his mother, Lady Ray, when another clan member returns to the mountain — and let’s just say that his reaction is pretty extreme.

There’s Something Appealing About Living Off the Grid

Most of us couldn’t go a day without our devices, but the simple way of the Farrells’ life is not without its appeal. For show creator Mattei, existence off the grid is one of his favorite parts of the show.

“I think I’ve just always been fascinated with people who are living alternative lifestyles — you know, any kind of weirdo cult, hippie communes, gypsy gangs, biker clans, and all that kind of stuff,” Mattei told RT. “I think a lot about technology… and how people don’t have conversations anymore; they just text each other… So thinking about people who lived in a completely alternative [lifestyle] was an interesting way to question the world that the rest of us inhabit.”

The Show Deals With Substance Abuse In a Surprising Way

The Farrells love a good moonshine party, but it’s another character who struggles the most with substances in the early episodes of season one. Kentucky State Deputy Sheriff Houghton, who is among the fifth generation of another Appalachian family, has a serious pill problem and it definitely affects his job.

“That’s a very real thing down there — a real epidemic,” said Wright, who visited a local drug treatment facility to research his character. “I spent time [with] people who are dealing with those sorts of issues… they talk about it stealing a whole generation of people in Appalachia.”

G’winveer (Gillian Alexy), the center of a love triangle between her distant cousins Lil’ Foster and Asa, is one of the most valued members of the clan. And just because she is the best healer on Shay Mountain doesn’t mean that she can’t also inflict some serious harm.

“She is no wallflower, that’s for sure,” said Alexy. “So I think that was one of the biggest appeals — being able to play a woman in this world who was just not going to sit down and shut up. She was going to tell it how it is and get in the fight, roll up her sleeves, and be just as much a part of it, and [as] tough and strong-willed as the men.”

The TV Pedigree Is a Selling Point for All Involved

Though Mattei is best known for his plays, he’s done enough TV to know that executive producer Peter Tolan (Rescue Me, The Larry Sanders Show) is a big deal.

“I had done some writing for TV but never got on staff or created a show before, by any means,” Mattei mused. “So I kind of knew going in that when WGN picked up the show, I would be paired with some kind of crazy, drug addict, douchebag showrunner and that my life would be hell.”

When Mattei found out that Tolan got the script, his first thought was that, because of Tolan’s stature in the business, it wasn’t going to happen. “To my amazement and shock, he loved it and turns out to be the greatest guy to work with that I could possibly have hoped for.”

For Ryan Hurst (Sons of Anarchy), the selling point was none other than his TV dad, David Morse (The Green Mile, The Hurt Locker). “For me, to be totally honest, I wanted to read for Hasil,” Hurst, who ended up taking the part of Lil’ Foster, explained. “And I was like, ‘That’s the only character that I wanna read for,’ and they were like, ‘You’re way too old,’ and I said, ‘Forget it.’ and they said, ‘Are you sure?’ and I said, ‘Yeah, forget it,’ and they said, ‘Well, David Morse is in it,’ and I said, ‘Aw, s–t…. he’s my favorite actor.’”

Kilts Are Sexy As Hell

Take out the ATVs and you may as well be looking at the cast of Braveheart — or maybe even Mad Max. The accents, the long hair, and the tattoos were all aspects of the Outsiders’ world-building that really excited Gallner, and the one idea that he fought for was Hasil’s kilt. And let’s be honest: it’s working.

Jackson, who plays Hasil’s love interest in the show, is definitely on board with the styling choice. “I’m going to say it all day,” she told RT. “The kilt is a real selling point for me.” 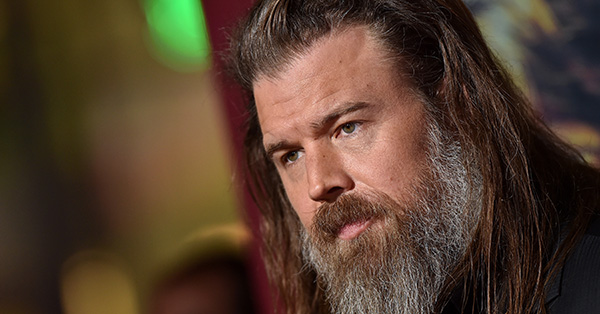 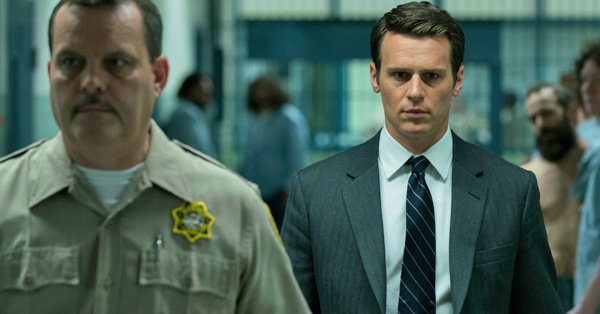