Out of the many long-running franchises in animation history, no show received as many iterations as Scooby-Doo. Since 1969, the iconic Hanna-Barbera series has been reincarnated more times than Doctor Who has regenerated. There was a Scooby-Doo that was prolific for each generation: Gen-Xers grew up with the first run of the series, Scooby-Doo, Where Are You!, and Millennials had A Pup Named Scooby-Doo and Scooby-Doo On Zombie Island. Lucky for me, Gen-Z got one of the most iconic iterations to date: Scooby-Doo, the 2002 live-action film adaptation. But Scooby-Doo wasn’t just a cultural reset smash hit that Gen-Z puts on a pedestal to this very day; it changed the trajectory of the franchise forever.

With the movie celebrating its 20th anniversary this week (feel old yet?), it’s a perfect time to unmask that 31% Tomatometer score and make the case as to why the Raja Gosnell-directed and James Gunn-written classic is a clever and subversive take on the franchise’s history.

It Deconstructs the Archetypes and Has Fun Doing It 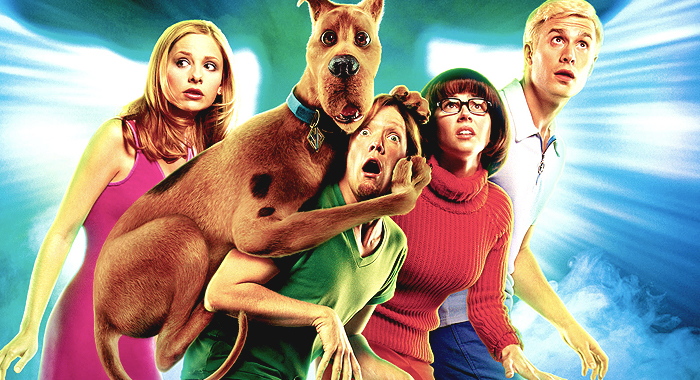 Anyone could have done a procedural copy-and-paste job to adapt Scooby-Doo for the big screen, but James Gunn attempted to deconstruct the series’ formula while staying true to it. His approach was meant to be in the same vein as Shrek, who was the hotshot cool kid in the classroom at the time. While it doesn’t hit the same mark Shrek did from a satirical standpoint, Gunn’s script was a valiant attempt at commenting on the archetypes of the characters and the mysteries they’ve experienced. It was Gunn’s first venture into the realm he’s known best for today: a found family ensemble with good chemistry who also can’t stand each other.

It’s an enticing if not refreshing concept to disband the gang for most of the movie. The overall exhaustion of the gang’s status quo — Velma is always undervalued for her work, Fred is a showboat, Daphne is constantly kidnapped — warrants the break-up in the opening. The story establishes that they’ve been working together for many years, and the bubbling internal dysfunction between the mystery gang reaches its breaking point. It’s quickly paced, but you feel the weight of it all. 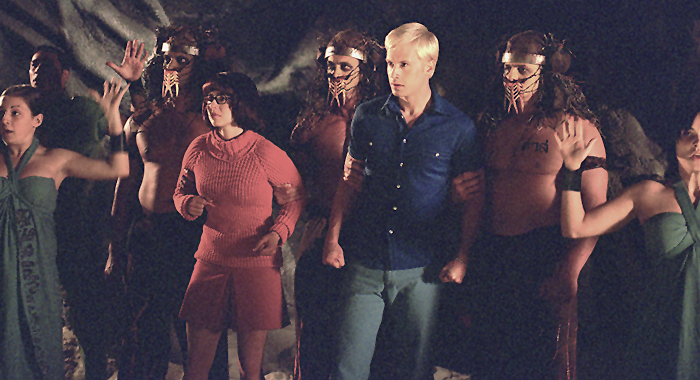 Working individually on Spooky Island two years later, the new mystery allows them to slowly rekindle their relationships, and the gang learns what it’s like to be a team again. Gunn’s script explores different avenues and shifts the functionality of the team’s dynamic. While he didn’t get clearance to make Velma or Fred outrightly gay as he intended, he did get to make their relationship a strong one. One of the best examples is when Velma comments on how Daphne and Fred always split up together when they try investigating for clues and she’s left on her own. In a surprising twist, Fred lets Velma tag along with him and they work together throughout. It’s not commentary for the sake of being meta but for bettering the relationship of a group that has been on the rocks.

Arguably, the best played-for-laughs aspect is Daphne’s arc, which back then was meant to be hilarious but today is empowering. During the team’s breakup, she spent her time training in martial arts so she can defend herself from being kidnapped, which often happened in the series. The climactic fight between her and Zarkos is well executed, and the script is never in your face about her gender like so many modern superhero films are; it lets her actions speak for themselves.

Its Sense of Humor Is Goofy, but It’s Timeless 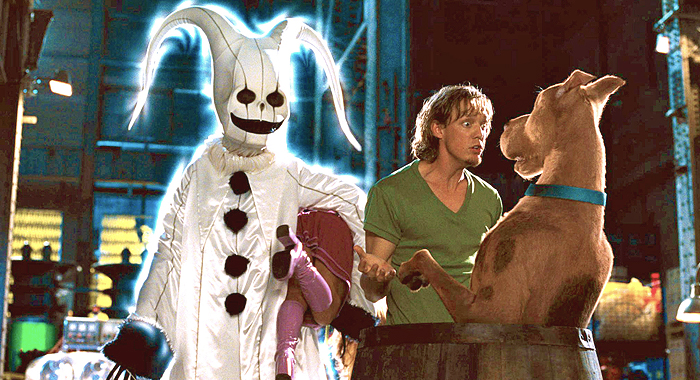 Scooby-Doo remains true to formula without throwing in modern references. Gunn’s script largely avoids pop culture shout-outs to give the movie a timeless factor, unlike movies like Alvin and the Chipmunks, Sonic the Hedgehog, or even 2020’s Scoob!, all of which frontload their humor with pop culture references. Granted, Scooby-Doo did overdo it in the fart joke department, but outdated references expire fast, and fart jokes are forever.

It Was a Potent Shot of Early 2000s Nostalgia

Having stated the above, though, Scooby-Doo is also a compelling time capsule of its era. The tropical resort setting is straight out of MTV, complete with a cameo from Sugar Ray, and the Mystery Inc. gang’s modernized looks fit in seamlessly, despite calling back to their classic outfits.

The cameo appearances aren’t unreasonably gratuitous, either; they provide a glimpse into the show’s identity, or they serve as legitimate plot details. Daphne, for example, realizes people are being possessed when she notices Mark McGrath’s eyes glow a demonic green as he sings to her. It’s subtle but effective, a combination that a lot of movies today have difficulty achieving. 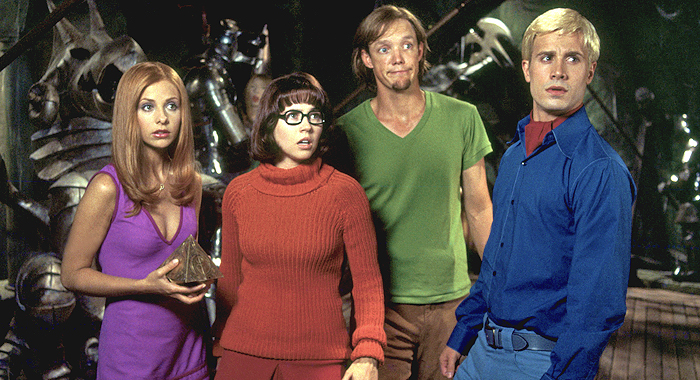 Casting director Mary Vernieu deserves a Nobel Prize for assembling an ensemble of great actors who fit into their respective roles so perfectly. This was the first live-action adaptation of the series, and she knocked it out of the park with Avengers-level precision. Soon-to-be-married duo Freddy Prinze Jr. and Sarah Michelle Gellar (their wedding was just a few months after Scooby-Doo opened) were top-notch as Fred and Daphne; Gellar’s independent spunkiness and Prinze’s confident, self-centered attitude brought more life than the characters had in previous iterations. Linda Cardellini’s absolutely nailed Velma with her nasally, deadpan delivery. And then there was Matthew Lillard.

What can one say about Matthew Lillard’s performance as Shaggy? Despite the film’s negative reviews, Lillard’s performance was universally praised, and he’s now the primary actor who portrays the character in all Scooby-Doo-related media to this very day. It was the role he was born to play, and he is now one with Shaggy. 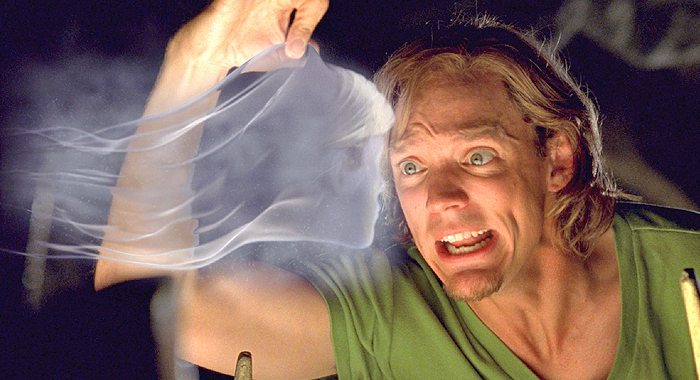 All joking aside, though the narrative places all the characters at odds with one another, you can see the genuine chemistry between the cast, the shared camaraderie within the Mystery Inc. gang that matched the spirit of the source material. Sure, Scooby-Doo himself might suffer from CGI that looks dated even by 2002 standards (seriously, compare this to the other big family blockbuster of the time, Stuart Little 2), but the energy Lillard shares with that dog is more realistic than a lot of the schlock we see even today.

We’re not saying Scooby-Doo is some gold standard of family entertainment, but it understands its source material and knows how to play off of it, which is more than a lot of other live-action adaptations can say. The casting is pitch-perfect, the balance between being faithful and satirical is fresh, and it’s just classic campy fun. It was a modernized Scooby-Doo without emphasizing how modernized it was, which, in today’s cinema landscape, is more welcome than ever.