12 Steps To Better Relationships According to the Cast of Love 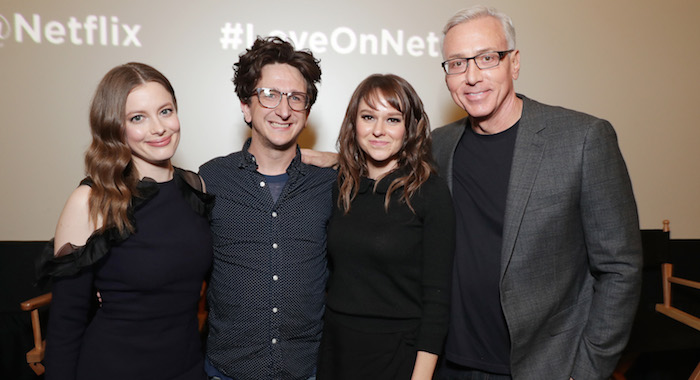 The day after Valentine’s Day, Pinsky hosted a discussion with Jacobs, Rust, and Claudia O’Doherty, who plays Mickey’s roommate Bertie, giving Rotten Tomatoes a chance to catch up with the cast and find out what’s to come in the new season of the Netflix series.

Season 2 of Love picks up right where season one left off. Mickey just confessed to Gus that she’s a sex addict and alcoholic — not the best time for Gus to plant a kiss on her. Both Gus and Mickey try to get healthy in the season, but since it’s a comedy, they’ll, of course, have hilarious setbacks.

Rust, Jacobs, and O’Doherty spoke with Rotten Tomatoes after their public therapy session with Dr. Drew. These characters often do the wrong thing, so the actors who play them share how to have a healthy relationship. Here is a 12-step program for having better relationships, as offered by the cast of Love. 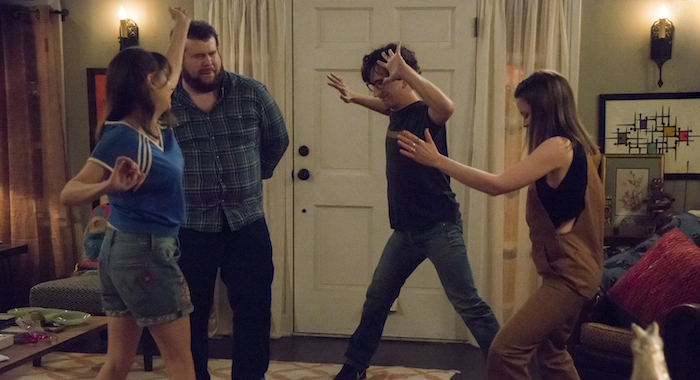 Normally, Hollywood shows men with a Peter Pan complex and usually, they get to teach stuffy businesswomen how to have fun again. Jacobs said the female Peter Pan complex actually speaks to her. Entertainment jobs enable it, because they’re not strict nine-to-five schedules, but stability is vital for relationships.

“I felt like that was a very common thing among my friends in New York and L.A.,” Jacobs said. “I think sometimes it’s also like people in creative fields who are still living like they’re straight out of college into their 30s. That wasn’t so uncommon for me, but it might be a newer thing to see for a female character.”

2. SETTLE THINGS WITH YOUR PARENTS 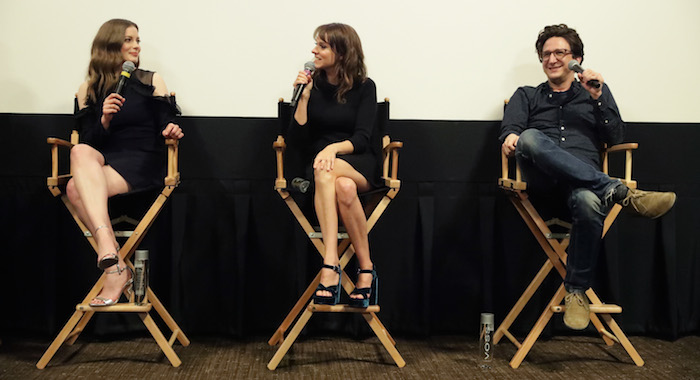 Many issues come from conflicts with our parents. Love is going to introduce Mickey’s father, played by Daniel Stern.

“You see that the apple does not fall far from the tree,” Jacobs said.

Stern is a bit deceptive at first. The lovable narrator from The Wonder Years and the original City Slicker puts on a good face before you realize where Mickey got her problems.

“He is a charming guy, and when you’re the child of somebody charming, it’s frustrating because people go, ‘He’s such a great guy. Why do you have issues with your dad?’” Rust said. “I feel like that happens when your partner meets the parent, because your partner only gets the hour that you’re with the parent. They get the best side of that person.” 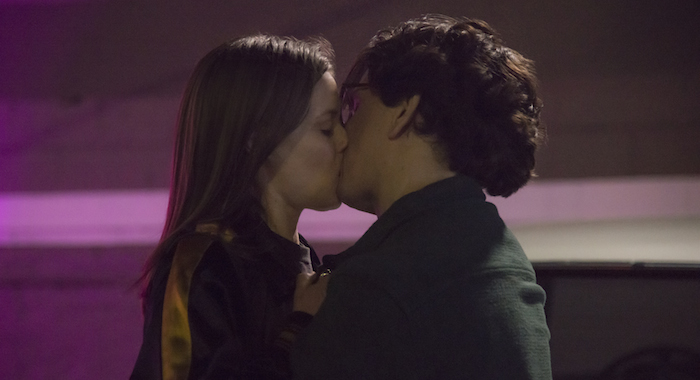 Mickey asked Gus to give her a year to work things out. That’s a healthy attitude for recovery, and she rejects his kiss.

“That was really f—ed up that he did that,” Rust said. “She requested a year, and he didn’t give it to her. This has all the optics of a happy ending, but if you thought about it for more than five seconds, you’d go, ‘Oh, that’s f—ed up. That’s a weird thing.’ It was a great starting point for season 2, knowing that that was such a loaded moment for people.” 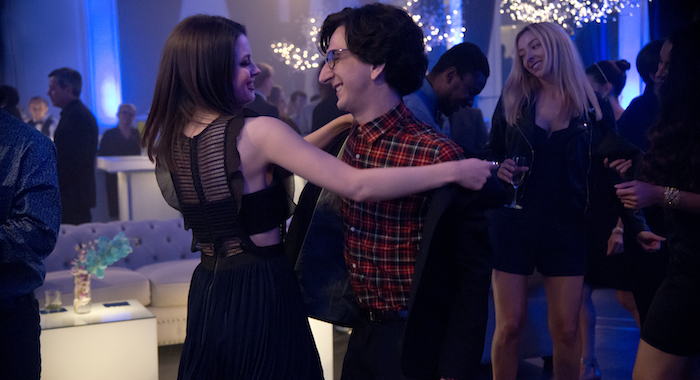 Because Love is a TV show, they’ve got to keep the two stars together even though Mickey needs a year off. Gus agrees to remain friends, but will find out that he’s closing himself off to new relationships by clinging to Mickey.

“I think if you have an interest in somebody, whether you’re acting on it or not, the mind is open to that constantly and you’re not as open to other things,” Rust said. “In the second episode, there’s a thing about that. You can go out to meet people, but you’re already invested in somebody. It’s difficult to go out and try to start something new.” 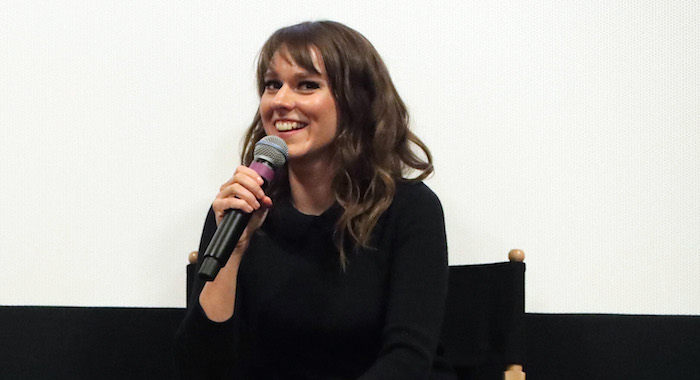 Season 2 will find Bertie in a relationship with Randy (Mike Mitchell) who’s not the best partner for her. It’s important to recognize when someone’s not a good fit.

“I think she’s the kind of person who just goes with the flow,” O’Doherty said. “He’s the person who she meets who wants to be her boyfriend, and she just accepts that. Randy’s not the most sophisticated guy, and she’s not a very judgmental person, but, still, he does have some pretty bizarre personal quirks that she has to put up with. It’s hard for her.”

6. FIND A MEETING, WHEREVER YOU ARE 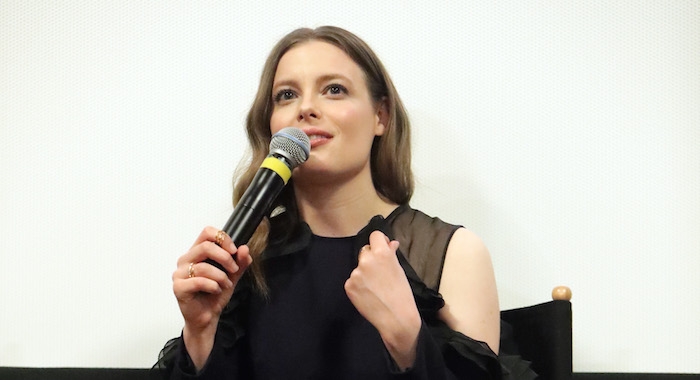 In Hollywood, therapy and 12-step programs seem to be the domain of neurotic big-city comedies. Woody Allen spoke about therapy frequently in his New York movies, and Love is set in Los Angeles. Rust reminds viewers around the country that these resources are available everywhere.

“I’m from the Midwest, and I started going into therapy when I was in high school,” Rust said. “It certainly exists there.”

That goes for AA and Sex and Love Addicts Anonymous too.

“There are 12-step programs in every city of this country, which is amazing,” Jacobs said. “I don’t know if it’s a global thing or if that’s more of an American [one].”

7. IF YOU KNOW SOMEONE IN MEETINGS, THERE’S A MEETING FOR YOU TOO 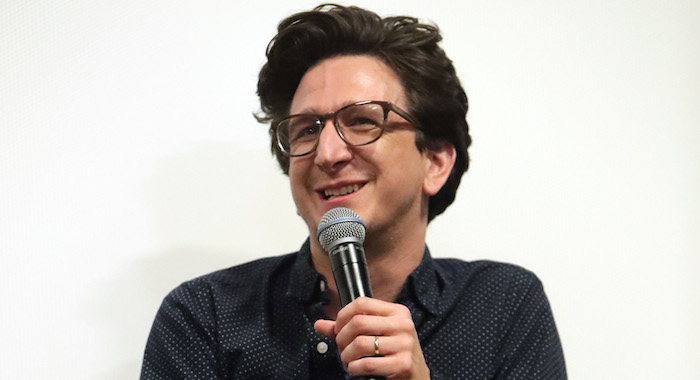 Meetings aren’t only for addicts themselves. Gus goes to Al-Anon in season 2, which is a support group for friends and families of addicts. Gus has to learn that he can’t control Mickey, and that her addiction has nothing to do with him. 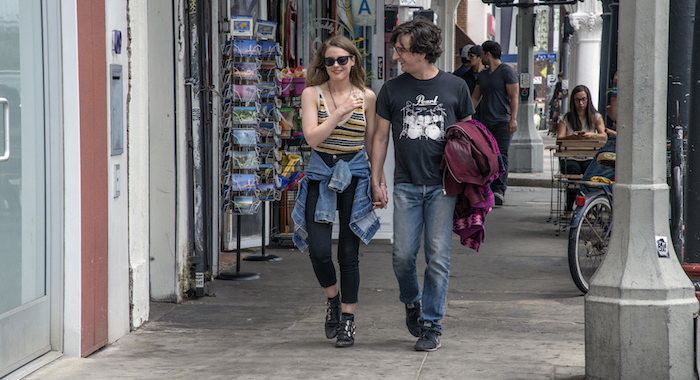 As open as Gus and Mickey are about their issues, they’re also like anyone else and tend to pretend they’ve dealt with things that are really still buried.

“You sort of see two people who start to have insight about themselves and then also choose to ignore a lot of red flags and just dive into a relationship,” Jacobs said. “The thing is, issues inevitably resurface. You can’t just wish them away in the honeymoon period of a relationship. As much as she would like to just move past everything, things come back.”

9. STAND UP FOR YOURSELF 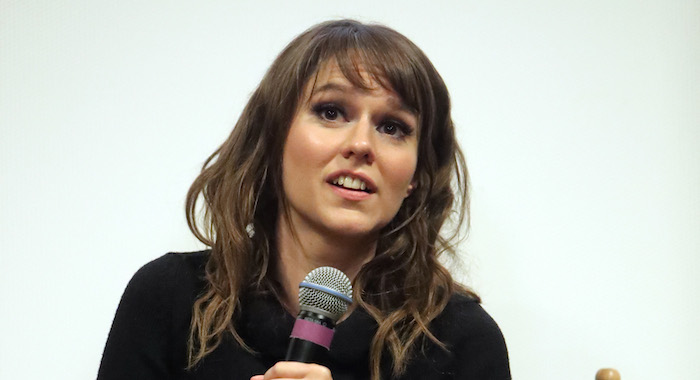 A little flexibility is OK, but a big hurdle, especially for codependents, is learning that their needs matter too. It’s OK to say no sometimes or to ask for something you want. Bertie needs to learn this too.

“Even though Mickey is probably still taking advantage of her, Randy is taking more advantage of her,” O’Doherty said. “Mickey in a way becomes someone she can vent her frustrations to, but she also feels like Mickey might be judging her having this relationship with Randy. There are all these new tensions in the second season too.”

10. DON’T BE AFRAID OF MATURITY 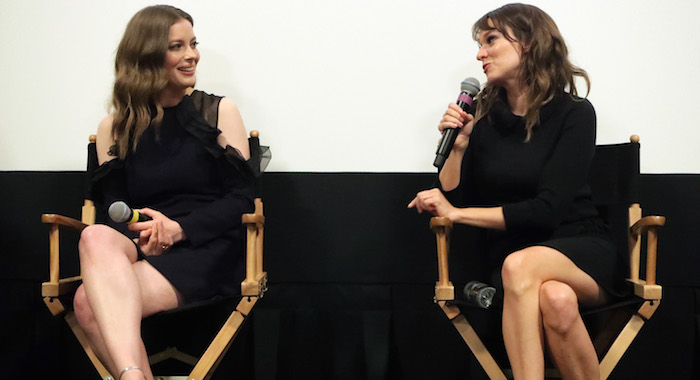 Staying young and carefree seems fun until you realize you’re 10 years older (or more) than everyone at the party. Mickey realizes this when she’s paired with a new young intern at her job. This puts things in perspective.

“I do feel like as much as Mickey prides herself on being super cool and with it and down, you start to see her next to somebody who’s actually in their early 20s,” Jacobs said. “She should be a little bit further along in her life than she is right now. Maybe being cool is not the most important thing in the world, but I think to Mickey it is.” 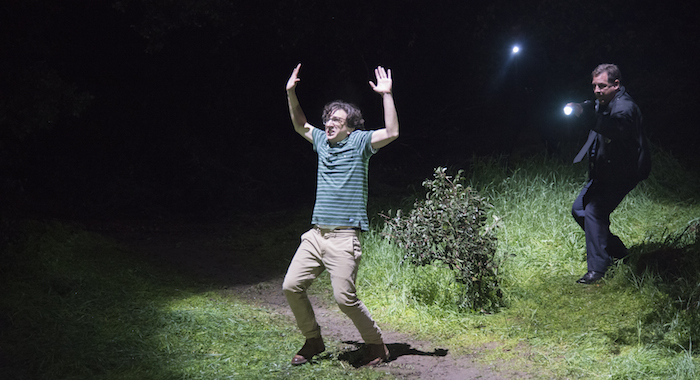 According to Dr. Drew, Gus’s codependence means he’s focused on fixing Mickey to hide from the issues of his own he needs to fix. Not only will it be healthier for Mickey, but Gus will be healthier if he doesn’t try to meddle in her recovery.

“I guess it’s the oldest of the cliches,” Rust said. “If you love somebody set them free, and if it’s true, they’ll come back to you. I think Gus is too scared to believe in that, so it’s like no, don’t set them free.” 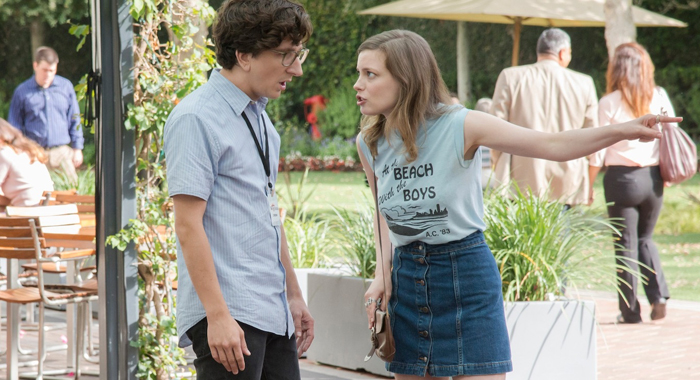 Mickey likes to show up unannounced at Gus’s parties, or at his work in one disastrous episode of season 1. Even though it’s clear Gus just wants a heads-up text so he knows she’s coming, Mickey has to do it the hard way.

“I think she enjoys the drama,” Jacobs said. “I think she’s also a little bit oblivious to other people’s needs sometimes. I think she sort of gets caught up in whatever’s going on with her and that’s the most driving, important, all-consuming thing. She definitely could give people a heads up, but that might be less fun.”

Bertie deals with a similar issue with Randy.

“He starts sleeping at her house every single night, spends all day at her house while she’s at work and doesn’t tell Mickey that he’s in the house the whole time she’s there,” O’Doherty said. “It’s pretty weird, pretty inappropriate behavior.”

Some people are just set in their ways, but Jacobs has hope that a person could change for the sake of compatibility.

“I definitely feel like if it’s important to them, they can learn new behaviors,” Jacobs said. “They either have to be incentivized or their relationship needs to be important enough to them that they’re willing to make the change.”