11 Movies that Could be the Breakout Hits of Sundance 2020

We look ahead to the annual event to highlight what we think will be the can't-miss films of the festival.

Next year, the annual Sundance Film Festival is nestled right in the middle of one of the busiest awards seasons in recent memory. The 2020 awards calendar was shortened by two weeks, which is causing problems for studios and attendees, but Sundance is still a prestigious stop on the calendar that few would want to miss. The snow-covered Utah event, which comes several months ahead of the other major festivals, is still the place for high-dollar film acquisitions. Last year, it was where we first spotted Shia LaBeouf’s deeply personal Honey Boy and where Oscar hopeful Lulu Wang’s The Farewell first charmed its way into our hearts. Other 2019 favorites Apollo 11, Fighting with my Family, and American Factory also got their starts at Sundance.

Every year, journalists, filmmakers, studios, producers, and film fans alike head to Park City with one question on their mind: Who will break out of the pack this year? After looking over next year’s offerings, these are our picks for the can’t-miss films of Sundance 2020 and why we are so excited to catch them. 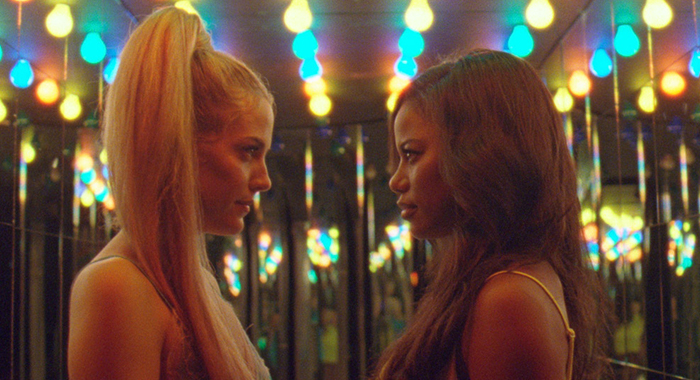 Synopsis:  In 2015, Twitter user @_zolarmoon (the account is currently suspended) famously tweeted “wanna hear a story about why me & this b—h here fell out???????? It’s kind of long but full of suspense.” Over the next few days she regaled the internet with a tale of how two young women met each other, became fast friends, and took a fateful trip from Detroit to Florida that turned into a waking nightmare.

Why we want to see it: Ever since it was announced that the viral adventure from @_zolarmoon was being made into a feature, both the internet and film fans have been counting the days. Penned by Slave Play playwright Jeremy O. Harris and writer/director Janicza Bravo, we anticipate a hard-hitting satire that will pull no punches and is sure to have people talking. 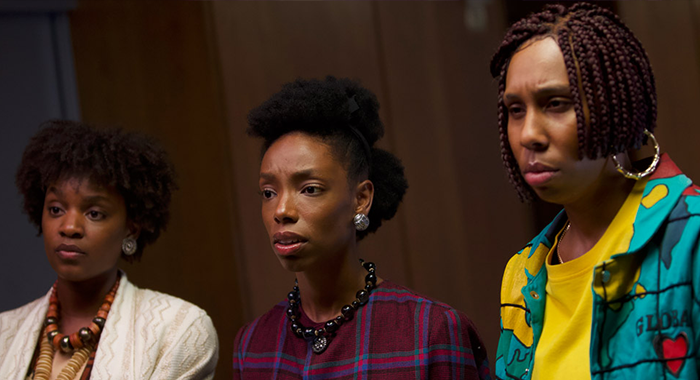 Synopsis: A woman sells her soul for a good weave, and then real horror ensures.

Why we want to see it: Chris Rock’s Good Hair documentary meets Get Out? Yeah, we’re gonna have to check this one out. Black women’s hair and hairstyles have been a subject for conversations about discrimination throughout history. Seeing the topic treated as a horror-satire is beyond inventive and exactly what we would expect from Justin Simien, the man behind Dear White People. 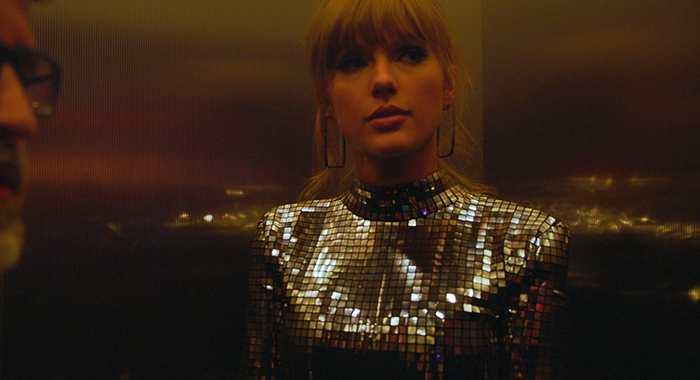 Synopsis: Taylor Swift’s new music documentary about her life on and off stage.

Why we want to see it: Okay, Swifties, assemble! Taylor Swift is leaving the CGI fur-covered flop Cats in the past with this new documentary. The behind-the-scenes doc is sure to feature her feud with the Kardashian-Wests, her legal battle with former manager Scooter Braun, and her recent efforts to be politically conscious, and it could also serve as additional outreach to those outside her core fanbase.

Synopsis: Re-imagining of the Peter Pan story from Wendy’s perspective.

Why we want to see it: It has been eight years since Beasts of the Southern Wild hit theaters on its way to four Oscar nominations, and we have been patiently waiting to see what writer/director Benh Zeitlin does next. A newly released trailer has also grabbed our attention, as his signature fairy tale-like visuals look to provide a thrilling new twist on the classic tale of Peter Pan.

Synopsis: An avalanche hits during a family ski vacation, forcing an apathetic couple to reevaluate their lives and how they feel about each other.

Why we want to see it: Julia Louis-Dreyfus and Will Ferrell (a.k.a. Selina Kyle and Ron Burgundy): Need we say more? If so, we can add that this dark-comedy adaptation is based on the Cannes prize-winning and Golden Globe-nominated Swedish film Force Majeure. If Jim Rash and Nat Faxon can replicate half the brilliance of the original, we are in for a treat. 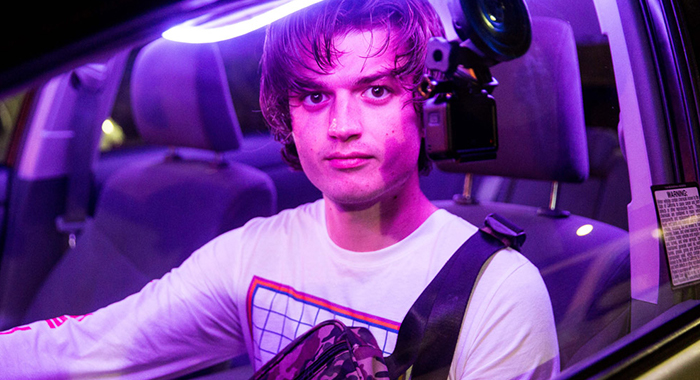 Why we want to see it: In a film that seems ripped from a host of 2019 headlines, this social media-skewering farce features a hilarious cast, including Joe Kerry in his first major work outside of Stranger Things. SNL alums Sasheer Zamata and Kyle Mooney are both accomplished improv-ers, so we’re also looking forward to the film we hope will keep us guessing while we laugh. 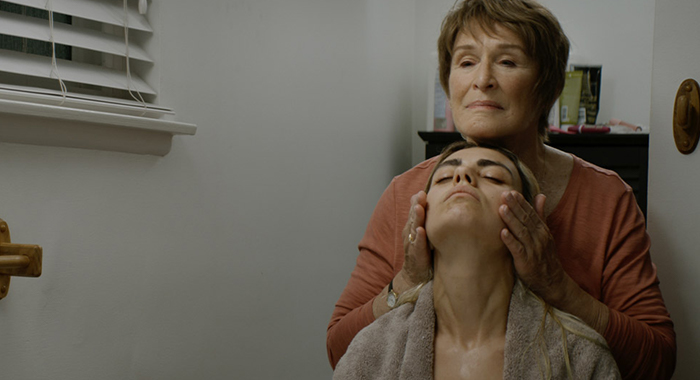 Synopsis: An aging opioid addict must stay sober for four days, or else she will be denied treatment.

Why we want to see it: Glenn Close, the most Oscar-nominated living actor without a win, isn’t letting anything keep her down. Four Good Days hopes to put Close back into the conversation again, and we can’t wait to see if it will finally mean a trophy for her efforts. 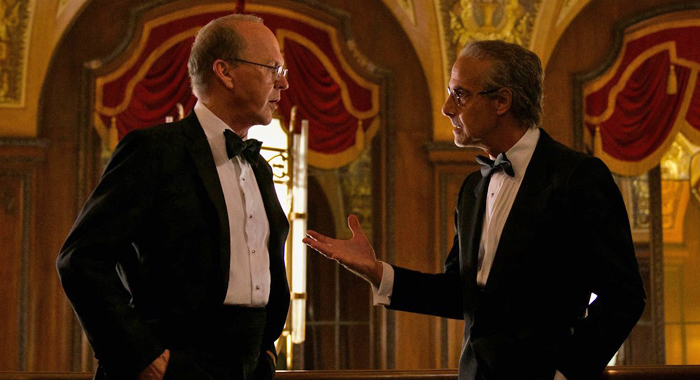 Synopsis: Inspired by true events, this drama centers on Kenneth Feinberg, who is appointed Special Master of the 9/11 Fund and, over his years as its head, discovers what life is truly worth.

Why we want to see it: We have reason to be cautious about the appetite for 9/11 narratives, but as we inch closer to the 20-year anniversary, we have to assume this new tale about the victim’s fund might prove more interesting to moviegoers. Starring Micheal Keaton in a role built to chew the scenery, this is not something we could pass up. 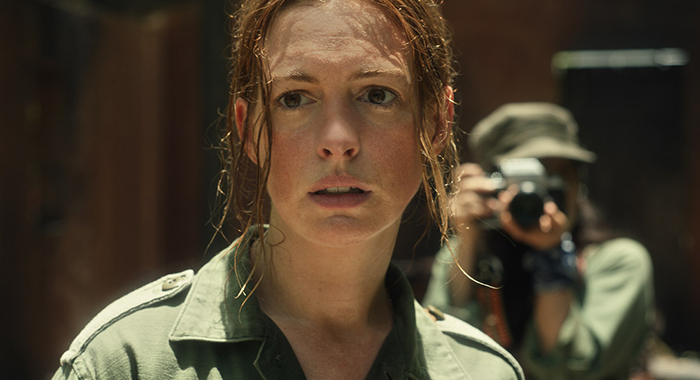 Synopsis: A journalist is forced to confront her guilt when an errand on behalf of her father places her in the midst of a story she is trying to break.

Why we want to see it: Dee Rees’ last effort, Mudbound, was a critical hit and garnered four Oscar nominations, so we are more than a little interested in her next book-to-film adaptation, The Last Thing He Wanted, a thriller about what to do when you have been handed an unwanted legacy. Anne Hathaway is already being penciled in for early 2021 awards buzz, assuming the screenplay has the punch of the 1996 novel that inspired it.

Synopsis: An inside look at the founding members of the hip-hop improv group Freestyle Love Supreme and its rise from the basement of the Drama Bookshop in NYC to the Broadway stage.

Why we want to see it: Quite possibly the hardest-working man in Hollywood, Lin-Manuel Miranda gives us an inside look at one of his first but most enduring projects, the hip-hop freestyle group Freestyle Love Supreme. The accomplished lyricist and freestyler is joined by long-time collaborators for this documentary, and we’re bouncing in our seat with anticipation to see the origins of his live skills. One of two projects Miranda brings to Park City, the Freestyle Love Supreme documentary kicks off his very busy 2020, which also features the long-awaited film adaptation of his first Broadway musical In The Heights.

Synopsis: Everyone said Cassie was a promising young woman until something abruptly derailed her future. Nothing in Cassie’s life is as it appears: she’s smart, cunning, and living a double life by night. Now, Cassie has a chance to right the wrongs of the past in this thrilling tale of revenge.

Why we want to see it: A #MeToo revenge thriller from one of the minds behind Killing Eve and starring Carrie Mulligan – that was enough to grab our attention. But after a stylized trailer dropped earlier this week showcasing a pitch-perfect cover of Britney Spears’ “Toxic,” A Promising Woman has quickly become one of our most anticipated films not just of the Sundance Film festival, but of the entire year.