10 Ways When We Rise Will Inspire You 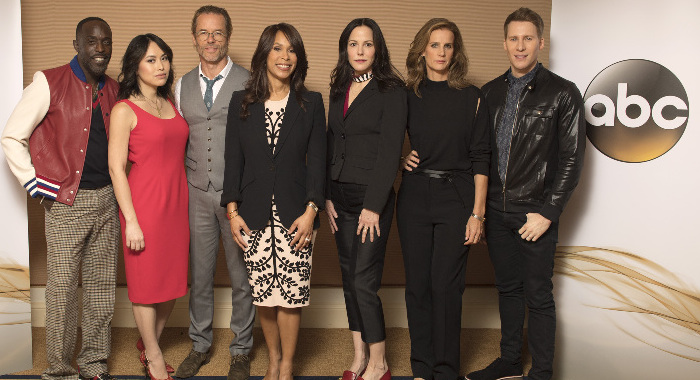 2017 is shaping up to be a year of protest. Many are mobilizing on issues facing immigrants, Muslim-Americans, women, those with pre-existing medical conditions, and anyone who could be adversely affected by new policies.

Dustin Lance Black, writer of the ABC miniseries When We Rise, believes the fight for equality can be successful again.

When We Rise is a four-night miniseries about the LGBTQ rights movement from the Stonewall riots in 1969 to the Supreme Court ruling approving same-sex marriage in 2015.

Black, Griffiths, and Aquino spoke with Rotten Tomatoes after a Television Critics Association panel that also included Pearce, Parker, and Williams. Here are 10 ways they hope When We Rise inspires audiences to rise again.

1. SETBACKS ARE THE WRONG TIME TO LOSE HOPE 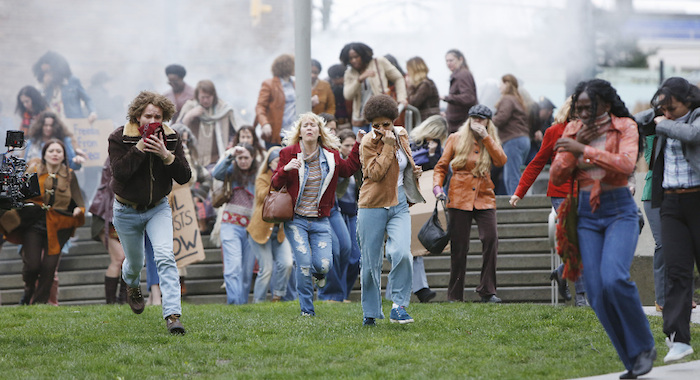 Black knows a lot of people are feeling hopeless right now. He reminds people that not only have their predecessors overcome hopelessness before, but there are historical ways to resist setbacks.

“You’ve got to turn hope into action,” Black said. “This is definitely not the time to wallow in our sorrow because we wanted things to turn out differently. If When We Rise teaches us anything, this is a moment to organize, to come together, and to aggressively get out there, shake hands, build bridges, and shine a light on who we really are to correct the record. We’ve got to do it. Chin up. Get in the fight.” 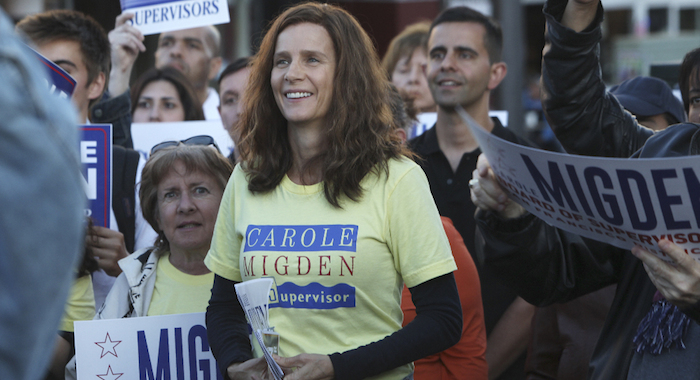 Not everyone is comfortable on the front lines and that is OK. People like Diane were heroes just for showing up for work.

“There are nurses doing 12-, 18-hour shifts, handling people’s blood and their shit and their death and their fear,” Griffiths said. “She’s a young mom and other people are afraid. They’re pulling their kids out of school because there might be a kid with AIDS at the school. There are orderlies that won’t take the hospital food into the room. The nurses had to spoon-feed [patients]. The courage of that really struck me as something I hadn’t appreciated.”

That applies not only to people showing up to save lives, but anyone who didn’t let fear stop them.

“Diane really embodies the nonheroic heroic of women’s work, which is not the big speeches and the president landing and helicopters and being voted into office,” Griffiths said. “It’s just the quiet, persistent, everyday act of love and courage.” 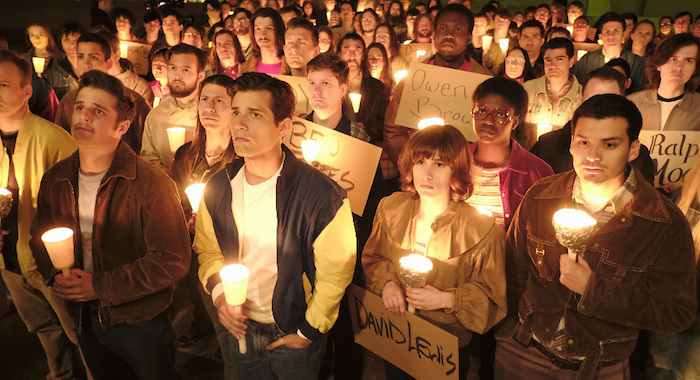 Leaders from Hillary Clinton to Supergirl have said we are stronger together. That’s why When We Rise is not just about one fight for rights.

“The main difference between succeeding and failing is how many allies do we make,” Black said. “That’s why the biggest word in that title is ‘We.’ The secret to beating a backlash is ‘We.’ You’ve got to take the hand of your brother and sister from another minority group, another group that’s struggling in some way and move forward with them together. That’s the secret.” 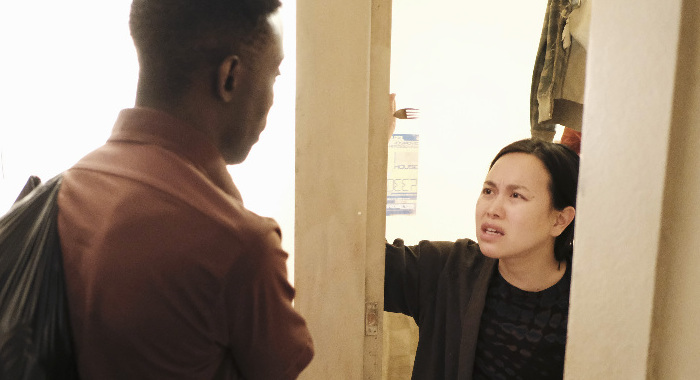 The trans community still has battles to fight. See the fight just to use public restrooms of the sex they identify with. When We Rise reminded trans actress Aquino how far people like Chung have come.

“She ended up on the streets homeless, estranged from her family for three years,” Aquino said. “I was bullied, I was taunted, I was teased, I was ridiculed, but at least I had a bed to sleep in at the end of the day. I could go to bed, dream my dreams, wake up, and start anew. For Cecilia, for her to live on the streets, I can’t even imagine.” 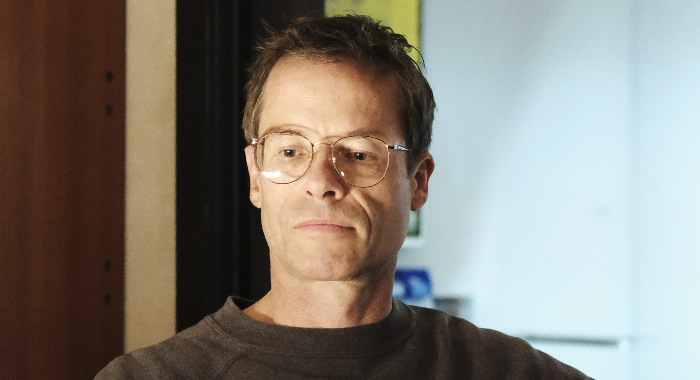 Everyone has something they can do to help. Everyone. Black is a writer, so he can make films like Milk and miniseries like When We Rise. He encourages everyone to use their unique talent.

“If you want a more equal planet, figure out what your talent is,” Black said. “Some people, it’s just financial. Some people understand how to work the law. Some people know how to get up on the stage and talk, or make films, or make a painting, or write a poem. Whatever it is, get out there and express yourself in a way that promotes the equality of your fellow man. You don’t have to change who you are. Take the best of who you are to this fight.”

Pearce knows how much art can make a difference. In 1994 he starred in The Adventures Of Priscilla, Queen of the Desert. Pearce and Hugo Weaving played drag performers driving a bus across the desert with a trans woman (Terence Stamp). In the 23 years since, he has seen firsthand how a film can make a difference.

“I’ve had so many people come up to me saying, ‘Oh my God, that movie changed my life. It made me come out to my parents,’” Pearce shared with reporters. “Or ‘It made me come out to my school or my church.’ I was just an actor in a movie, but I understand the effect that movies have on people and the effect that performances have on people, particularly when it’s something like that. When young people come up to me and say, ‘I was closeted and that film at that time really enabled me to change how I treat and relate to my family and friends,’ it’s incredibly empowering.’”

Black says it’s not necessary to convince everyone. Stay focused. Speak out for equality, and don’t let anyone distract you.

Meryl Streep’s speech at the Golden Globes is a good example. She spoke against Donald Trump mocking a reporter’s physical impairment. Trump called her overrated in a tweet, and the president’s supporters called Streep smug. Black says the important thing is that she said what she believes is right.

7. BUILD YOUR OWN SUPPORT SYSTEM SO YOU CAN FIGHT ANOTHER DAY 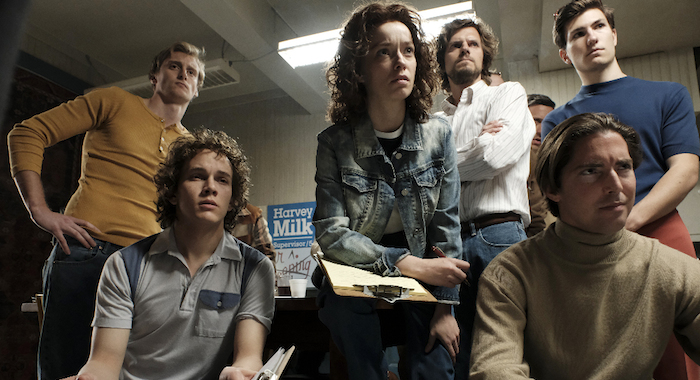 None of the above is meant to make it sound easy. All of the advocates in When We Rise find a support system, in the movement, among friends or their own family. Speaking with the real Diane, Griffiths gleaned that having a loving family got her through the dark days.

8. RECENT HISTORY CAN BE INSPIRING 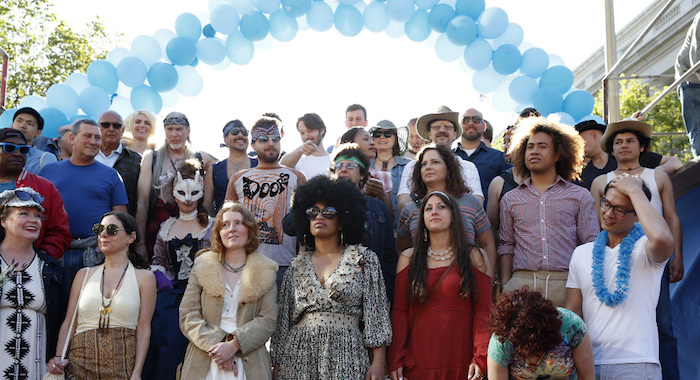 One need not look back decades for inspiration. History as recent as 2015 can be inspiring enough to show that progress can be achieved.

“The legalization of gay marriage federally was really powerful,” Aquino said. “Doing that scene, Lance was walking me through it. He was just painting a picture for me of these couples that have long loved each other, but not had the opportunity to get married, finally tying the knot. Just imagining myself in that scenario was really powerful.”

9. EVEN ACCEPTING FAMILIES CAN LEARN MORE

The Black family has accepted Dustin and his soon-to-be husband, but he wrote When We Rise to show them the struggle that can’t be put into mere words.

“I’m accepted by my family and even by members of my family who I never expected to accept, but I don’t think they know everything about who I am and what LGBT families look like,” Black said. “I think there are probably still assumptions in my family that aren’t accurate. So I’m hoping that this keeps that conversation going.”

“The transgender journey is as much a journey for the family and the parents as it is for the individual,” Aquino said. “When people sit with each other because they love each other, that love at the end of that tunnel is actually deeper and more profound.” 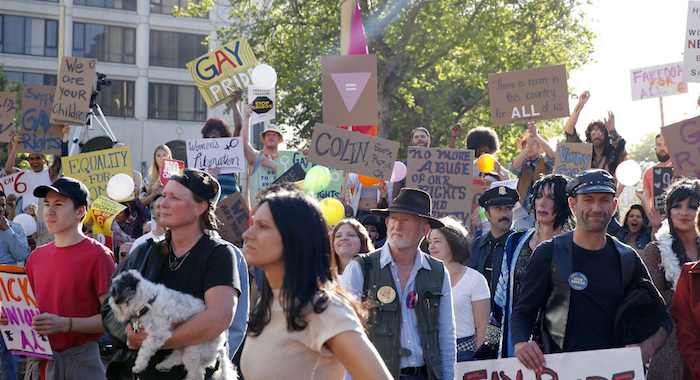 Black expects not everyone will receive the message of When We Rise and has already faced some trolling from what he calls an alt-right campaign.

Griffiths was worried the subjects of When We Rise could become vulnerable again.

“I’m more concerned that the people whose lives we depict will receive the backlash than us,” Griffiths said.

Black is confident they can handle it.

“I think they’re ready,” he said. “They’ve all fought bigger fights than these, survived assassinations of their heroes and their father figures literally, and a plague. So I think they can handle this one just fine.”

Other cast members, like Aquino, are focusing on the work.

“The best that I can do is really promote the show because it will enlighten many people,” Aquino said.