10 New and Returning Animated Series To Watch This Spring

Get ready for a season of Fresh cartoon TV — new Muppet, Looney Tunes, Constantine, and Boss Baby series, plus anime and new seasons of Archer, Adventure Time, and Voltron. 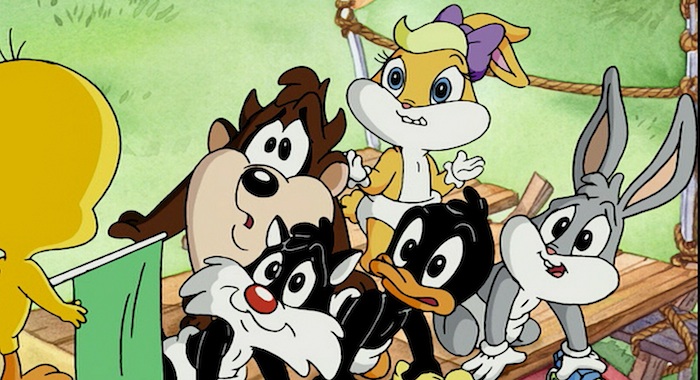 There’s really no down time for animation anymore. This year has already seen the series finale of Star Wars Rebels and the premiere of Stephen Colbert’s satirical Showtime series Our Cartoon President.

There’s a whole lot more animation premiering or continuing new seasons on various networks and streaming services. Many of the season’s standout cartoons feature the return of ’80s favorites, or even last year’s favorites. Here’s a guide to 10 of animated offerings available this spring. 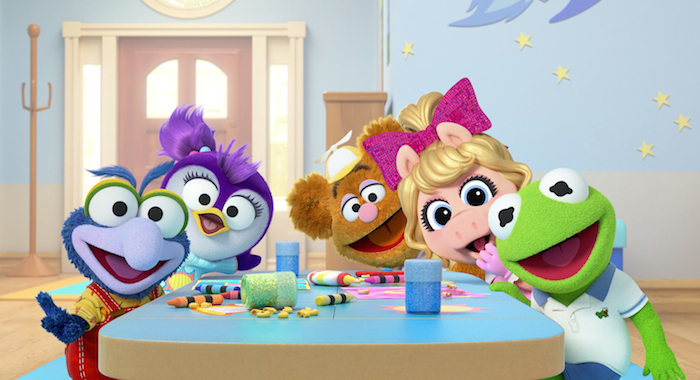 What It’s About: A reboot of the ’80s cartoon in which The Muppets were already together as toddlers using their imagination to have adventures in their nanny’s nursery.

Where to Watch: Disney Channel

Why You Should Watch: If you got up Saturday mornings to watch Muppet Babies, it’s your kids’ turn now.

Fun Fact: The Muppet Babies debuted in live-action in the film The Muppets Take Manhattan.

What It’s About: John Constantine — exorcist, demonologist, and petty dabbler in the Dark Arts — is back, with the same voice he had on NBC’s short-lived live-action series.

Where to Watch: CW Seed

Why You Should Watch: The animated incarnation promises a much edgier Constantine, closer to the Vertigo comics, than aired on NBC.

Fun Fact: Ryan himself told us the animated series is based on the Hellblazer comic series “All His Engines.”

Constantine will premiere its first episode at WonderCon on Saturday, March 24, and the first season goes on CW Seed the same day. 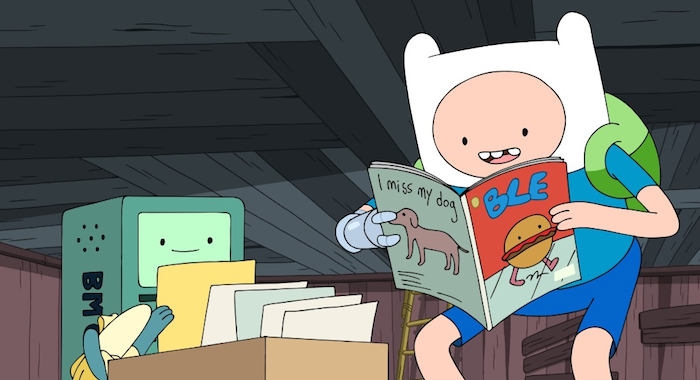 What It’s About: Finn and Jake are back in the land of Ooo.

Where to Watch: Cartoon Network

Why You Should Watch: 10 seasons and they still haven’t run out of creative ideas. Finn becomes an author in the first new episode.

Fun Fact: Cartoon Network also has a Teen Titans Go! special on March 30, new series Craig of the Creek and new episodes of Ben 10, Unikitty, OK KO! Let’s Be Heroes,  The Amazing World of Gumball, and Apple & Onion this month.

Adventure Time returns with four back to back episodes on Sunday, March 18 at 7 p.m. — four episodes are available now on the Cartoon Network app. 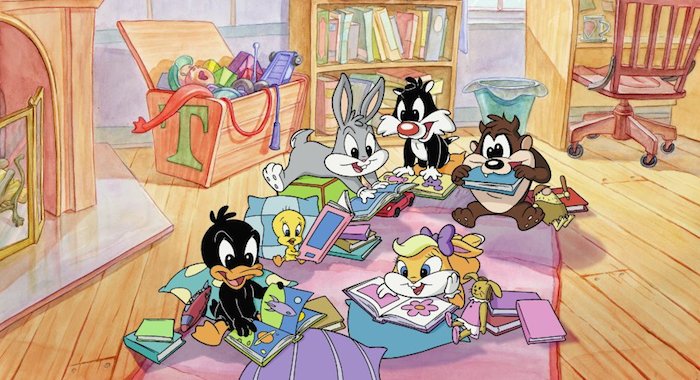 What It’s About: Looks like the Muppets aren’t the only ones who go back to nursery school. Even Space Jam’s Lola Bunny was there!

Where to Watch: Boomerang

Why You Should Watch: Since this show is for really little kids, it’s all about making sure everyone is friends. They’ll start dropping anvils on each other when they’re older.

Fun Fact: Not to be confused with Tiny Toons, which Hulu is rebooting. That’s totally different. Tiny Toons is Babs and Buster. This is literally baby Bugs and Daffy.

All 26 episodes of Baby Looney Tunes are now available on Boomerang. 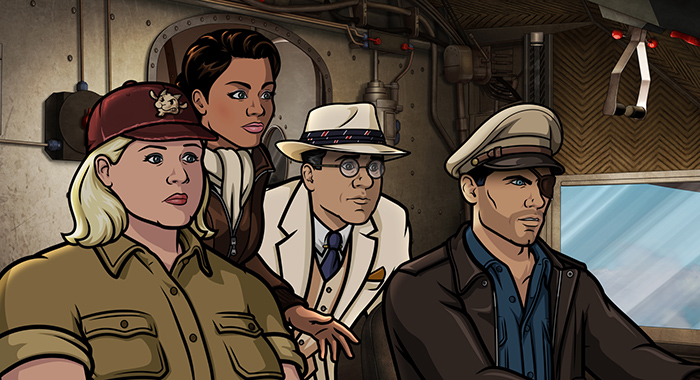 What It’s About: Sterling Archer is now a pilot on the island of Mitimotu in 1939. Pam is now his copilot and the whole gang have roles on the island.

Where to Watch: FXX

Why You Should Watch: As seasons like Archer Vice and Archer: Dreamland proved, you can put this gang in any era and they’ll be hilarious.

Fun Fact: You know, at one time Archer was a spy comedy about secret agents. Changing up these last few seasons has actually given the show new blood. 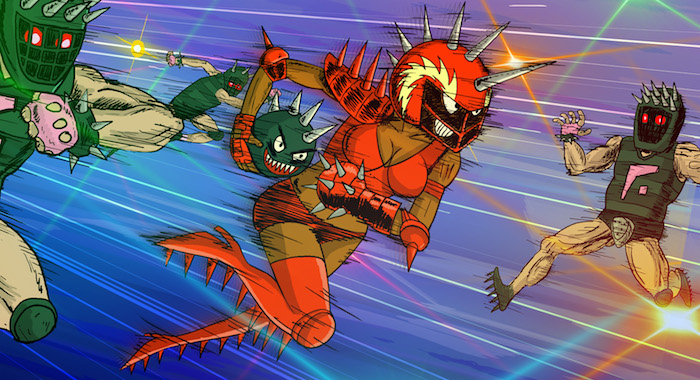 What It’s About: It’s an animated Rollerball meets The Mighty Ducks as Gaz Digzy has to lead the worst team in the sport of the future to the top.

Where to Watch: Adult Swim

Why You Should Watch: Creator Karacas based the look of Ballmastrz: 9009 on her favorite anime, and it’s violent AF!

What It’s About: You know, just when you thought Voltron Force had defeated Lotor, Zarkon comes back and Lotor offers a truce. Season five picks up with Voltron Force considering his offer.

Why You Should Watch: Dreamworks and Netflix’s Voltron reboot has been sophisticated and action packed, plus you’ve got to find out how that cliffhanger resolves.

Fun Fact: The six episodes available are only half of season five. Look for another seven soon. 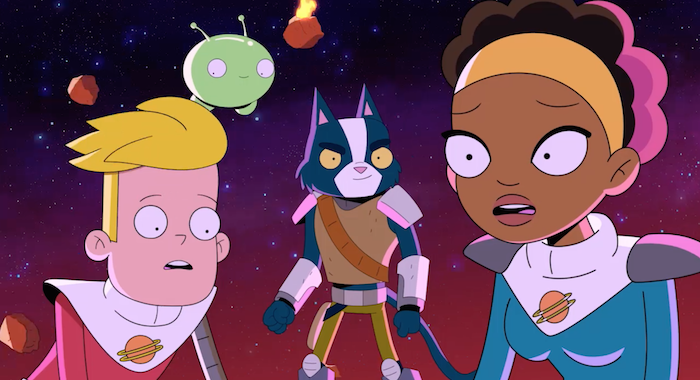 What It’s About: The intergalactic adventures of Gary and his alien sidekick Mooncake.

Where to Watch: TBS

Why You Should Watch: Much like the live-action The Orville, Final Space isn’t a spoof of sci-fi. It’s just sci-fi with jokes in it. 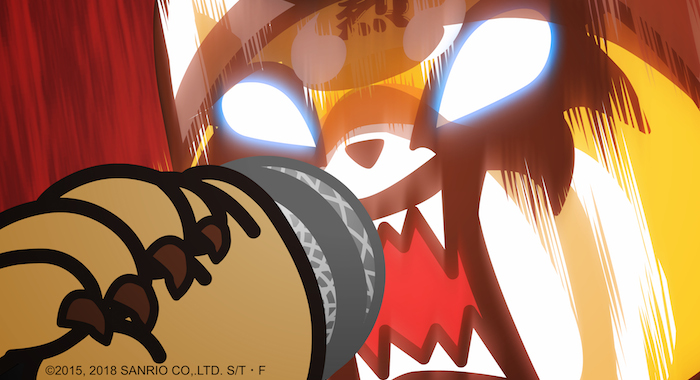 What It’s About: A red panda who is an accountant by day, death metal rocker at heart.

Why You Should Watch: Did we mention death metal accountant panda?

Fun Fact:  Netflix has been ramping up their anime content. See also B: The Beginning and A.I.C.O. Incarnation.

THE BOSS BABY: BACK IN BUSINESS

What’s It About: The Boss Baby and Tim deal with more crises at Baby Corp and at home with their family.

Why You Should Watch It: Well, there were so many questions left unanswered by the Academy Award–nominated The Boss Baby movie…

The Boss Baby: Back in Business is now streaming on Netflix.