Remember the tagline from Alien? Or The Dark Knight's mysterious scavenger hunt? Or Deadpool just generally being Deadpool? There's a reason you do. 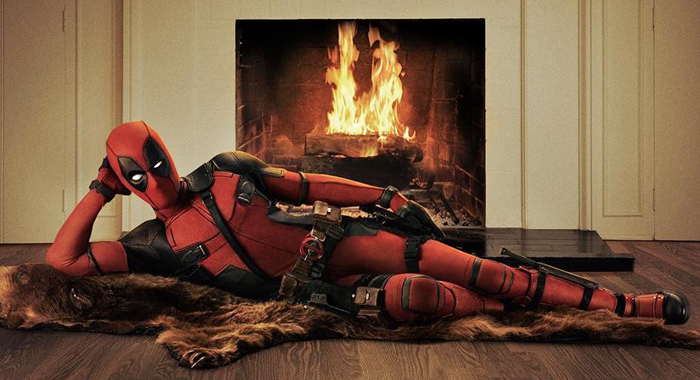 Blockbuster movies cost a bunch of money to make – jaw-dropping special effects and big-name actors don’t come cheap. In order to make the expense worth it, movie studios need to pull out all the stops to get moviegoers to buy tickets once the film premieres, and that typically involves a killer marketing campaign. These days, slick trailers, along with all sorts of unique real-world stunts and marketing gimmicks, can be as much of a production as the final movie itself.

These memorable marketing campaigns take different forms — sometimes it just takes a really well-done trailer and a memorable use of a song, as seen and heard in the trailer for Jordan Peele’s Us, which retools Luniz’s “I’ve Got 5 on It” in a deliciously creepy way. Other times movie marketers will stage mysterious real-world stunts to get excited fans involved. Whatever the method, a well-done marketing campaign for a well-done movie often means box office success.

Here are 10 of the most memorable movie marketing campaigns we’ve seen. 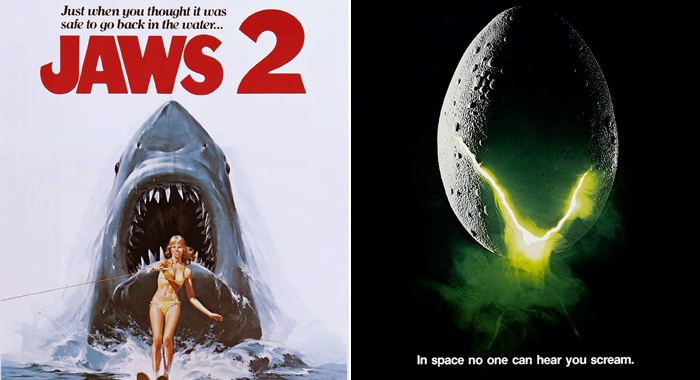 Why you remember it: Because of two incredible taglines.

Let’s kick things off with a tie, as both films are shining examples of an older era of promotion, before viral marketing was a thing. Jaws was the first blockbuster, but Jaws 2 was briefly the highest-grossing sequel of all time until Rocky II bested it the following year. Part of the film’s success likely has to do with one of the greatest taglines of all time — “Just when you thought it was safe to get back in the water” — the work of famed and innovative producer Andrew J. Kuehn.

The following year, Alien came around with one of the other great taglines in movie history, “In space, no one can hear you scream.” Neither of these movies had real-world promotional activations, but they were united in memorable taglines that, thanks to their use of the second-person, made would-be viewers feel part of the cinematic horrors to come.

Did it work? As mentioned, Jaws 2 was a huge success, pulling in $208 million. Alien’s box office figure is a little disputed, as some creative Hollywood accounting originally recorded the film as a loss for Fox, but it went on to spawn an iconic, acclaimed sci-fi horror series. And, of course, those two taglines are now forever seared into the public consciousness.

Why you remember it: Because Ryan Reynolds is Deadpool.

Deadpool is known as the Merc with a Mouth, and the film’s promotional team sure did have a lot to say about the film. There was so much marketing, and all of it projected an irreverent, slightly naughty sense of fun. There were parody posters, custom emojis, a feud with Wolverine (and Hugh Jackman), a costume reveal via faux-nude spread, and a flaming bag of poop yule log, to name just a few campaign highlights. Then there was Reynolds, who, as the person most responsible for making Deadpool happen, projected his passion for the wise-cracking hero and modeled his own social presence after the Merc.

Two years after Deadpool was released, Reynolds and the Fox marketing team went even harder with the promotion of Deadpool 2, taking over the DVD covers of other popular movies at Walmart and handling Stephen Colbert’s late-night monologue duties, before going further yet for in its meta promotion of Once Upon a Deadpool. The marketing behind the franchise is now officially one of the reasons we look forward to another Deadpool movie.

Did it work? Deadpool made $785 million at the box office and became the highest-grossing R-rated film ever. Not bad for a superhero movie.

Why you remember it: Because “you don’t get to 500 million friends without making a few enemies.”

David Fincher’s moody bio-pic about Facebook founder Mark Zuckerberg is really an exceptional villain origin story, and the marketing for the film made that clear. The first trailer is scored to a haunting cover of Radiohead’s “Creep” as sung by a children’s choir, illustrating how there was something unsettling behind all this “friending.” Then there’s the poster, which features Mark Zuckerberg (Jesse Eisenberg) looking at the viewer from the shadows, his face obscured by the memorable and ominous tagline in a crisp Futura font. Both the “choral cover of pop song” and “poster with words on a face” would go on to be often-imitated promotional tropes, but they were just the Google Plus to The Social Network’s Facebook.

Did it work? The Social Network made $224.9 million and was nominated for or won a host of major awards. Plus, Zuckerberg had some qualms with the movie – so that’s a success.

Why you remember it: Because of the secrecy and Alfred Hitchcock’s suspenseful set tour.

Modern moviegoers who were too young to remember seeing Psycho in theaters probably remember Hitchcock’s iconic slasher for the famous shower scene. Hitchcock knew that would be the case. Movie trailers weren’t what they were back then — the idea of multi-level movie marketing as we know it today didn’t really emerge until the late ’90s. But, Hitchcock was the master of suspense, and he knew how to get an audience shaking with curiosity and anticipation. The trailer for Psycho featured Hitchcock giving a tour of the Bates Motel, offering gory hints of what horrors might have happened there but stopping just short of giving anything away. That, along with a campaign to keep the shocking twist in the movie a secret – which went so far as preventing Paramount Studio execs from reading the script – had audiences eager to see what happened.

Did it work? Psycho cost about $800,000 to make and made more than $40 million during its initial release — and this is in 1960s dollars! It was a huge hit, went on to enjoy multiple theatrical reissues, and is generally regarded as a landmark horror movie. So, yeah, Hitchcock’s a great tour guide. 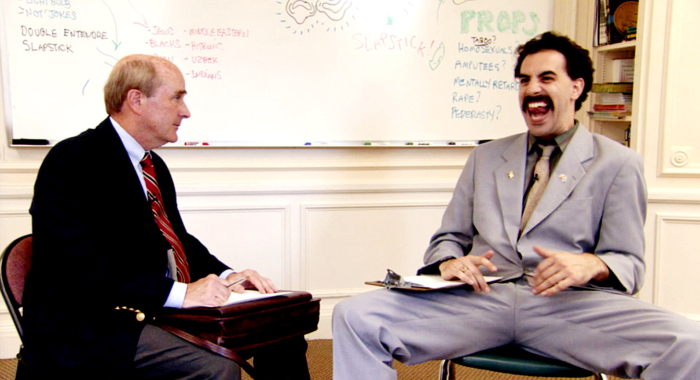 Why you remember it: Because of Sacha Baron Cohen’s in-character interviews as Borat.

It’s fitting that a movie that blurred the lines between comedy and documentary (not to mention acting and reality) would have a similarly meta promotional campaign. Borat wasn’t a new creation, as Cohen’s character had been on the Da Ali G Show for years, but he wasn’t widely known. That let Cohen dupe the movie’s subjects — as well as many would-be ticket-buyers – into thinking that this kooky Borat character might be on the level.

Did it work? Borat made $262 million at the box office, much to Kazakhstan’s chagrin.

Why you remember it: Because of all the rampant speculation about the top-secret mystery plot.

A good marketing campaign doesn’t give everything away, it just teases some of the best stuff so that moviegoers are excited to see the rest. Cloverfield’s marketing was so memorable because it gave, well, essentially nothing away. The first trailer, which came by surprise ahead of Transformers screenings, didn’t even include the movie’s title or any plot details. This, along with some innovative virtual tie-ins (shout-out to MySpace), had fans wondering what it might be. A Lost movie? A Godzilla film? An anime adaptation? Something new?

Did it work? Like The Blair Witch Project, which pioneered this type of hype-building mystery promotion, Cloverfield was a hit. The film made $170.8 million against a budget of $25 million, and spawned a whole franchise/”universe” of sci-fi films united mostly by viral marketing, though none were as successful as the original. 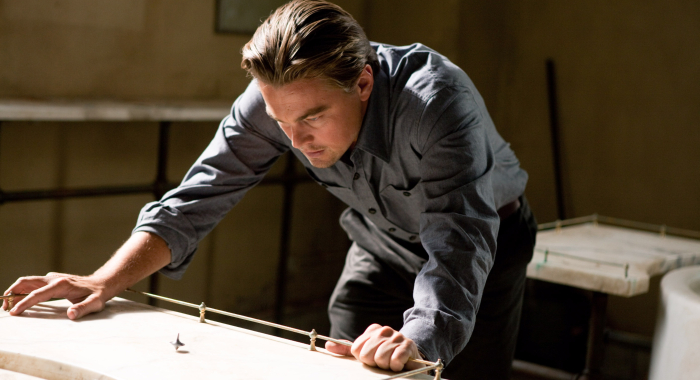 Why you remember it: Because of the spinning top mind-game (and the “BWWAAHHHH” sound).

Warner Bros. spent $100 million to market Inception, an increasingly rare blockbuster that was wholly original, not a sequel nor an adaptation. To get people excited about an unknown quantity, the studio banked on Christopher Nolan’s post-Dark Knight appeal and made an online viral game involving the spinning top that diehard fans tried to solve. The game unlocked the official trailer, and that was a great piece of advertising too, in no small part because of the booming Inception sound that rightfully became a meme.

Did it work? The marketing certainly planted the idea of going to see this movie in a lot of people’s’ heads, because Inception made $828.3 million at the box office. 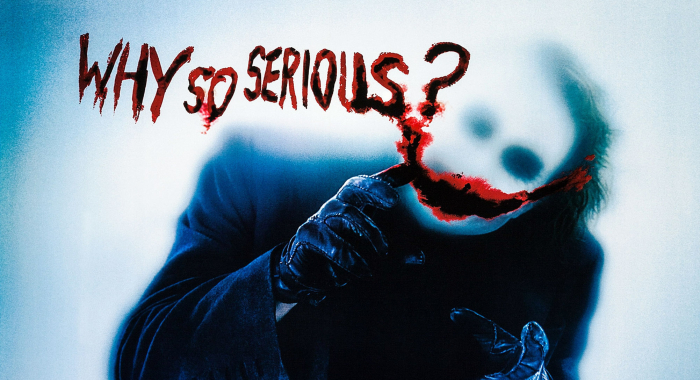 Why you remember it: Because you solved an interactive mystery across a virtual Gotham City, and Heath Ledger’s untimely death.

The heroes of DC Comics save the day in fictional cities, like Metropolis. But, to promote the second (and best) of Christopher Nolan’s three Batman movies, the alternate reality game company 42 Entertainment made Gotham City real. Using websites like WhySoSerious.com, fake Gothamite newspapers, and Harvey Dent campaign materials, 42 Entertainment sent fans on a scavenger hunt all over the web and the physical United States — starting with San Diego’s Comic-Con, where one reward was the first image of the movie’s Joker. It gave fans a tantalizing glimpse of the drama to come, and let them feel like the Batman, the World’s Greatest Detective, himself. Add to that the tragedy of Heath Ledger’s untimely death ahead of the premiere of his incredible performance as the Joker, and you’ve got a super-powered level of expectations.

Did it work? The Dark Knight made over $1 billion at the box office and was popular enough to change the way the Academy Awards work.

Why you remember it: Because you had to demand it.

Paranormal Activity was an extremely inexpensive movie, one that seemed destined for a modest indie release and perhaps a chance at becoming a cult classic. But, the marketing team at Paramount had the bright idea of democratizing horror. Trailers were released featuring night-vision footage of shocked and delighted viewing audiences and promising a scary theater experience; would-be moviegoers had to vote on a website, hoping that there would be enough fan demand for Paramount to bring the film to their city or town. The website, which was made with the user-driven event calendar company Eventful’s help, added a sense of urgency and participation in what otherwise might have just been an overlooked found-footage flick.

Did it work? Paranormal Activity cost just $15,000 to make, and it made more than $193 million at the box office. It is, by most accounts, the most profitable movie ever made. 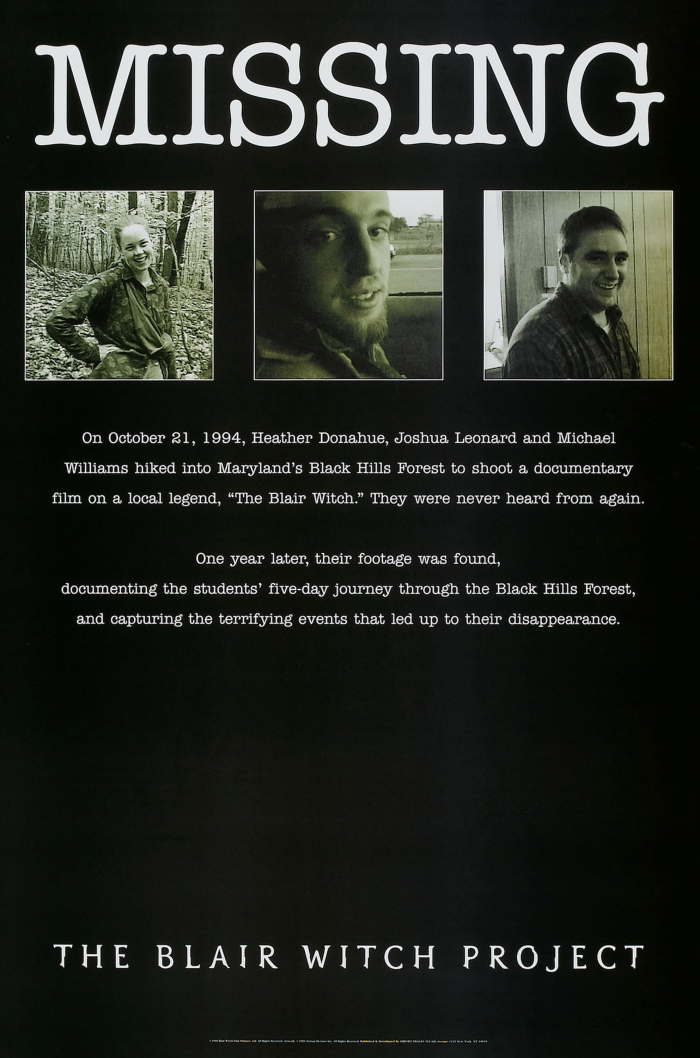 Why you remember it: Because you thought it was real.

Without The Blair Witch Project’s marketing, there would be no Cloverfield, no Inception, and essentially no viral movie marketing as we know it today. In the early days of the internet, Artisan Entertainment’s scrappy online team created a website and surrounding hype campaign that claimed the story of the Blair Witch was true. There were interviews with the “missing” characters’ parents and backstories from investigators trying to solve this “true” story. In the real world, missing posters went up around colleges and at film festivals. Because of all the marketing, The Blair Witch Project wasn’t just a low-budget indie horror flick — it was a real, ongoing mystery. Moviegoers and internet users have gotten more media-savvy, so this feat likely won’t be equaled, but The Blair Witch Project was the perfect storm, a way to use technology, advertising, and psychology to turn “based upon a true story” into box office gold.

What were some of your favorite movie marketing campaigns? Let us know in the comments!