Puss in Boots is returning, Batgirl and Hourman are in our future, and new roles for Benedict Cumberbatch, Daniel Radcliffe, Jamie Foxx, and more.

This week’s Ketchup brings you more headlines from the world of film development news, covering such titles as Father of the Bride, Hourman, and Puss in Boots: The Last Wish. 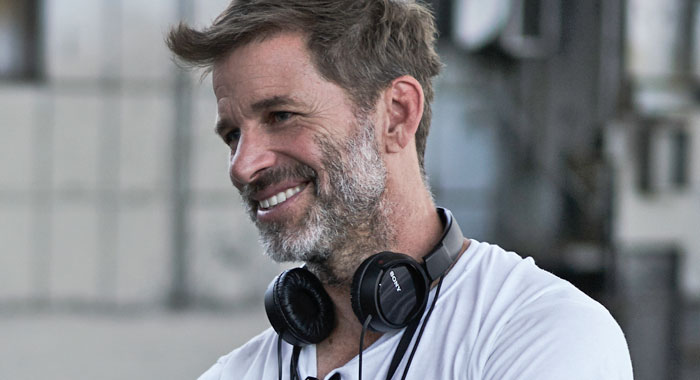 This week, years of online campaigning finally resulted in Zack Snyder’s Justice League (Fresh at 75%) premiering on HBO Max, allowing fans to see Snyder’s intended vision (instead of the version directed by Joss Whedon in 2017). Even so, Zack Snyder’s Justice League is something of a superhero curio. Ben Affleck won’t be starring in next year’s The Batman (Robert Pattinson is), Warner Bros. is rebooting Superman without Henry Cavill, and Ray Fisher is done as Cyborg. To his credit, Snyder has been pretty straightforward this week when asked about the situation, with the gist being that Zack Snyder’s Justice League is not to be considered a part of the DCEU “canon.” Snyder said that the original plan was for this Justice League to be followed by two more films, but now, “Warner Bros. hasn’t really expressed any interest in making more movies with me, and that’s 100% fine. I understand.” Snyder may be done with the Justice League, but both The Flash (11/4/2022) (featuring Ben Affleck as Batman) and Wonder Woman 3 remain in active production or development.

Benedict Cumberbatch first became famous for starring as TV’s Sherlock, but in the years since, his most famous role has since become Marvel Studios’ Doctor Strange (Certified Fresh at 89%), with Cumberbatch now filming the sequel Doctor Strange in the Multiverse of Madness (3/25/2022). Cumberbatch’s Marvel character is obviously fictional, but for his latest project, he will star as a real life British illusionist Japser Maskelyne, who assisted the World War II war effort. The film will be called War Magician, which will be the next project from director Colin Trevorrow after recently wrapping production on Jurassic World: Dominion (6/10/2022). Jasper Maskelyne famously worked with the British military to create large scale illusions to deceive and disrupt the Nazi invasion forces, such as huge balloon tanks to inflate the size of British forces, and hide “escape tools” like blades or maps in combs and playing cards.

2. ANTONIO BANDERAS TO RETURN AS PUSS IN BOOTS NEXT YEAR

In 2016, DreamWorks Animation was officially acquired by NBC/Universal, which was good news for some projects, but seemed to slow down others, such as the Shrek franchise in general (the most recent Shrek feature film was Shrek Forever After in 2010). This year will also mark the 10th anniversary of the Shrek spinoff Puss in Boots, starring Antonio Banderas as the feline swashbuckler, but Universal confirmed this week that another Puss in Boots will be released by the end of next year (9/23/2022). The title of the sequel will be Puss in Boots: The Last Wish, and Banderas is confirmed to be returning to voice the title character, although no other voice cast have been announced. DreamWorks Animation is also developing a return to the main Shrek franchise, but it appears that Puss in Boots will get his sequel first.

3. EZRA MILLER’S THE FLASH GAINS A MOM AND LOSES A DAD

If you had four free hours in the last day or so to watch Zack Snyder’s Justice League, you may have noticed that the film’s cast (as did Joss Whedon’s version) included Billy Crudup as Henry Allen, the father of Barry Allen, A.K.A. The Flash. Crudup was also one of the first actors to start negotiations to reprise the role for The Flash (11/4/2022). As it turns out, however, he is now dropping out of The Flash due to scheduling conflicts with his role on the Apple+ drama The Morning Show. It’s unclear whether the role will be recast, but at the same time as Crudup is dropping out, Spanish actress Maribel Verdú (Pan’s Labyrinth, Y Tu Mama Tambien) has joined the film as Barry Allen’s mother. Verdú joins a growing ensemble cast that will also include Ezra Miller (Barry Allen), Kiersey Clemons (Iris West), Ben Affleck (Batman), Michael Keaton (also Batman), and Sasha Calle (Supergirl). The Flash will be directed by Andy Muschietti (IT, Mama), working from a screenplay by Christina Hodson (Birds of Prey, Bumblebee).

4. THE TIME IS FINALLY RIGHT FOR GOLDEN AGE SUPERHERO HOURMAN

The timelines and chronologies of comic book superheroes can often be confusing to follow, in no small part because so many of the characters date back over 50 years (or, in some cases, more than 75 years). One way that DC Comics has handled this is through what DC calls “legacy characters,” in which younger versions of superheroes are introduced over time, resulting in a family of heroes that eventually all have the same superhero name (there have been, for example, almost a dozen different heroes called Starman). One of those DC Comics “legacy heroes” is Hourman, who was first introduced in 1940 as a hero who acquired superpowers for one hour at a time by taking a drug (which writers later explored in the form of drug addiction). The son of the original Hourman also became Hourman (a version of which currently co-stars on The CW’s Stargirl), and in the 1990s, there was a time travelling android called Hourman, too. Despite celebrating his 80th anniversary last year, Hourman has never been in a live-action feature film, but Warner Bros. is now developing a movie that will finally correct that. Warner Bros., DC Films, and Chernin Entertainment are collaborating on a Hourman movie, starting with the hiring of screenwriters Gavin James and Neil Widener, who have also worked together in the past on the (not yet produced) sequels Now You See Me 3 and San Andreas 2. It is not yet known which of the Hourman heroes from the comics will be adapted for the Hourman movie.

5. BATGIRL AND ZATANNA BOTH PART OF MYSTERIOUS WB/DC PLANS

Back in December, Disney revealed dozens of new projects during their Disney Investor Day event, with the biggest emphasis being on Disney+ (though not exclusively). Disney’s most obvious direct competition is Warner Bros. and DC Comics (as evidenced this week by the close proximity between the streaming premieres of Zack Snyder’s Justice League and The Falcon and The Winter Soldier). This week, AT&T (the parent company of Warner Bros.) included a tease screen of 24 DC Comics projects currently in production or development, although the presentation did not go into as much detail for each project as Disney’s did. That means that there were a few projects that were “confirmed” without us necessarily knowing what was confirmed. Specifically, the two highest profile projects confirmed this week were Batgirl and Zatanna. This is the biggest Batgirl movie news since 2017, when Joss Whedon had been working on a Batgirl project concurrent to finishing Justice League (though he dropped out of it just a few months later). As for the magical superhero Zatanna, she’s come close to making her live-action feature film debut as part of Justice League Dark in the last ten years, but this appears to be a solo Zatanna project. It’s also important to note that the presentation did not specify whether Batgirl and Zatanna will be theatrically released Warner Bros. feature films, or whether they might be intended exclusively for HBO Max.

6. ANDY GARCIA TO BE LATINX FATHER OF THE BRIDE

Spencer Tracy and a young Elizabeth Taylor starred as the title characters in the classic 1950 romantic comedy Father of the Bride (Fresh at 90%), which received a Steve Martin-led remake in 1991 (Fresh at 70%) that was itself popular enough to get a sequel in 1995 (Rotten at 50%). Last month, Warner Bros. revealed that the studio is developing another remake with a Latinx focus, and this week, we found out who will be the titular father. That man will be Andy Garcia, who will star as the father of a Cuban-American family, with Garcia also serving as executive producer. It sounds like Warner Bros. is fast-tracking Father of the Bride, so we should hear about more casting for other members of the family soon.

7. YOUNG ROYALS FROM BLACK PANTHER AND THE CROWN JOIN PROVISION

This may be a total (or near total) coincidence, but Letitia Wright played a Wakandan princess in Black Panther, and Josh O’Connor starred in seasons 3 and 4 of Netflix’s The Crown as the young Prince Charles, and now, they’re both signed to star in the same movie. Wright and O’Connor have both signed to star in the Irish drama Provision, which will depict the harrowing immigration process in Ireland. Wright will play a “a young African woman fleeing persecution who ends up spending over two years in Ireland’s asylum system” who befriends a security guard played by O’Connor.

Like many of his Harry Potter costars, Daniel Radcliffe has spent most of his post-Potterverse career focusing on more indie projects (such as Swiss Army Man, in which he played a superpowered corpse), often in roles that are more ambiguous than his strictly heroic turn as Harry Potter. This week, Radcliffe signed on to star as the main villain in Paramount Pictures’ romantic adventure Lost City of D, starring Sandra Bullock and Channing Tatum. The premise of Lost City of D sounds a lot like the 1980s classic Romancing the Stone, as Sandra Bullock will play a romance novelist who gets kidnapped (or targeted for kidnapping) alongside the model (Channing Tatum) who poses on her book covers.

9. JAMIE FOXX AND JAIME LANNISTER KNOW GOD IS A BULLET

Perhaps it’s an example of “apophenia,” but sometimes, the coincidences in casting announcements can be hard not to notice. For example, Jamie Foxx’s new co-star in the action thriller God Is a Bullet is Danish actor Nikolaj Coster-Waldau, who is most famous for playing Jaime Lannister in HBO’s Game of Thrones (the slight spelling difference between Jamie and Jaime notwithstanding). Foxx and Coster-Waldau will be leading an ensemble cast that will also include January Jones (Mad Men), Maika Monroe (It Follows), and Andrew Dice Clay. Written and directed by Nick Cassavetes (The Notebook, John Q), God Is a Bullet will tell the story of a detective (Coster-Waldrau) whose family is murdered by a Satanic cult, which leads him to quit the force to infiltrate the cult, aided by the only woman (Maika Monroe) to ever escape it. Incidentally, Nick Cassavetes’ father John Cassavetes himself starred in one of the most famous movies ever about a Satanic cult, Rosemary’s Baby (Certified Fresh at 96%).