Who's Going to Win Best Actress and Best Supporting Actress at the 2021 Oscars?

Awards expert Jacqueline Coley breaks down a tight three-way race for one award and a potential upset in another. 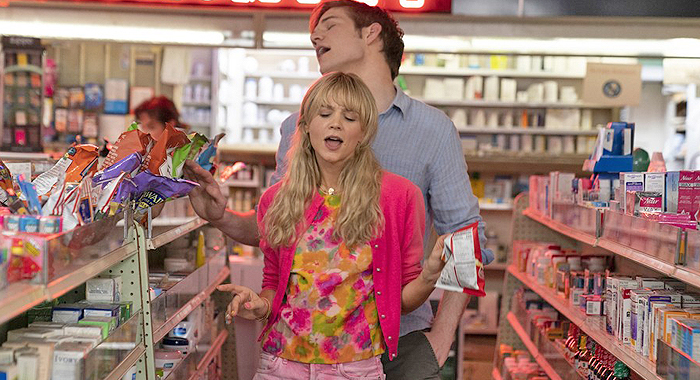 After eight months of upheaval and uncertainty, an awards season unlike any we have seen in recent memory is finally — thankfully — entering its final days. We watched as several marquee titles vacated the 2020 calendar due to COVID-19, effectively shutting down the theatrical box office, and the Academy of Motion Picture Arts and Sciences pushed back its awards ceremony to April. The ceremony itself will take place at satellite venues worldwide, with the bulk of the show taking place outdoors at Los Angeles’ Union Station.

One result of all this change is that we have a host of titles and performances that many audiences – and a not-insignificant number of AMPAS voters – have yet to screen.

With all that in mind, we decided to break down some of the top categories in the final days of the season and give our odds on who’s most likely to be going home with some hardware come Oscar night. Following our first list breaking down all the Actor categories, both Supporting and Lead, we look at the female performances of Oscars 2021, again in both the Lead and Supporting categories.

Disagree with our picks and odds? Have at us in the comments.

The Role: Ma Rainey, the Mother of the Blues and leader of her band. The groundbreaking musician and LGBTQ icon was once dubbed the ugliest woman in show business, and with the aid of false teeth, horsehair wigs, elaborate gowns, and a fat suit, Oscar winner Viola Davis gave life to the woman whose voice would have hundreds queuing up for hours just hear her croon or catch a glimpse of her on stage. Davis embodied not just Rainey’s presence on stage but also her steadfast determination not to allow anyone to diminish or dismiss her worth.

The Odds: Currently, there isn’t a clear frontrunner for Best Actress. Andra Day won the Golden Globe, Carey Mulligan took home the Critics Choice, and Frances McDormand won the BAFTA, but we are giving Viola Davis’ win at the SAG Awards the most weight and believe she will be our likely winner. This is fitting as her pedigree and previous Oscar nomination warrant it, and her only win was for a Supporting Role; she is more than overdue to win for a lead turn. 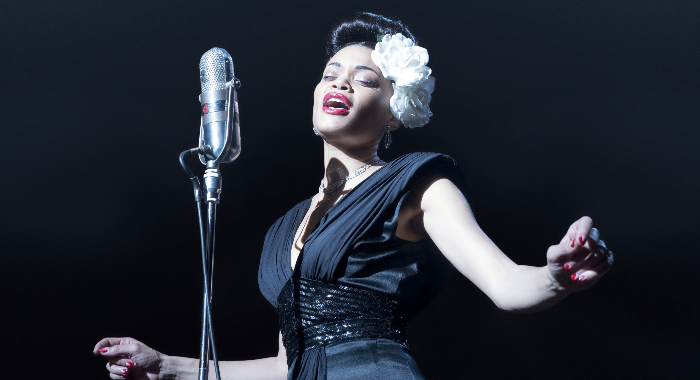 The Role: Legendary singer Billie Holiday, whose career and battles with addiction and — as the title suggests — the U.S. government form the basis of the second big-screen narrative feature about her life. The portrayal comes courtesy of Grammy Award-winning songstress Andra Day, whose natural vocal talent and physical commitment to the role — which included extensive acting classes and a 40-lb. weight loss — transformed her into Holiday at her prime.

The Odds: Captivating and dynamic performances, particularly by female performers, are often able to rise above a lackluster film. Last year, Renee Zellweger snagged a second Oscar for a film many critics considered well done but not remarkable. The United States vs. Billie Holiday, however, is not Judy. Although Day is outstanding, the film’s pedestrian narrative takes her firmly out of contention to win among the likes of Frances McDormand, Viola Davis, and Carey Mulligan — all of whom have been previously nominated, with Davis and McMcDormand both having at least one Oscar at home. 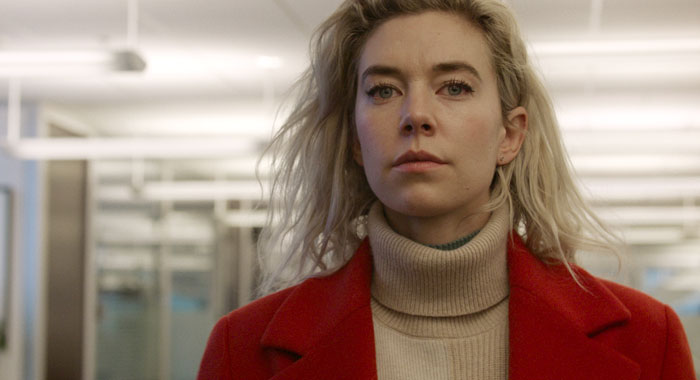 The Role: A young female executive in the final hours of her first pregnancy suffers a sudden loss when her child does not survive the at-home birth. Documented in a visceral and unbroken opening 20-minute scene, the film’s central tragedy finds Vanessa Kirby channeling intense grief and numb detachment to give a true-to-life portrayal of a woman trying to piece herself back together while her well-meaning family tries and fails to help her along.

The Odds: After a win at the Venice International Film Festival for Best Actress, Kirby was poised for a deep run, but troubling headlines about her co-star pushed the film to the lower rung of contention, and Kirby has been mostly absent from virtual campaigning this year. We have to assume this was by design. Such an abrupt disappearance from the circuit is assumed to be because everyone involved — including Netflix — agreed this was not the year for Kirby, who will likely be back soon enough with award-worthy work.

The Role: Fern, an aging widow who chooses to hit the road as a #VanLife nomad after the financial crisis of 2008 and finds peace in isolated communities with other older Americans facing similar hardships. Frances McDormand disappears into the role of Fern, who discovers a new strength and sense of self as she travels the open roads of the American West.

The Odds: The biggest knock that has been leveled against McDormand’s performance is that Fern is a difficult character to embrace, as she spends most of the film distancing herself from human connection. But in this painfully authentic look at how people deal with tragedy, we find a side of the Oscar-winning actress we haven’t often seen on screen: unbridled vulnerability. If the next knock is that she already has two Oscars, odds are she is still very much in the thick of it, and a recent BAFTA win makes this more of a possibility than it appears at first blush. 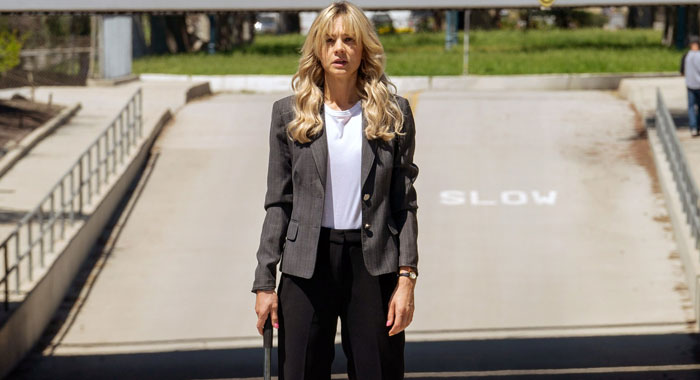 The Role: Cassie, an avenging angel haunted by her past who brings justice to “Nice Guys” who prey on drunken women. Carey Mulligan embodies this delicious anti-hero for the #MeToo era, a vision of chaotic good in a candy-coated and hilariously macabre tale of a grief-stricken woman out for revenge.

The Odds: In what ultimately amounts to a three-way race in the Best Actress cateogory, Mulligan is essentially the dark horse in the running, as most of the heat for Promising Young Woman is radiating from writer/director Emerald Fennell (who has more than a fighting chance to upset Aaron Sorkin and The Trial of the Chicago 7 for Best Original Screenplay). The chances of Mulligan coming out on top are less likely, but only by a slim margin. 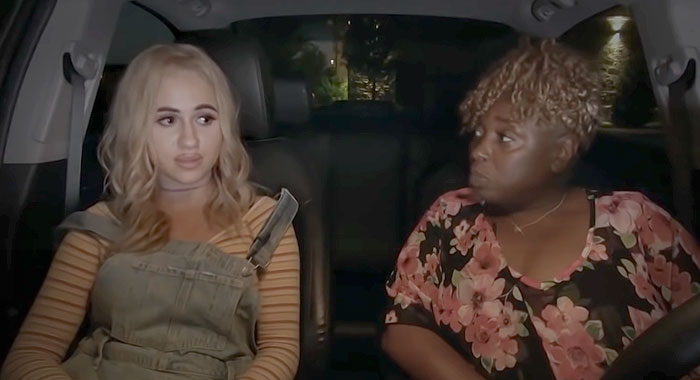 The Role: The guileless and ever ready-to-please but often maligned daughter in Sacha Baron Cohen’s Borat sequel. Maria Bakalova’s ugly duckling transformation and ability to match Cohen beat for beat, staying in character for hours on end, are unquestionably Oscar-worthy feats, though some of the outrageous stunts she had to pull should win some kind of award for sheer commitment.

The Odds: After nearly sweeping the critic’s groups a few weeks ago, Maria Bakalova was the odds-on favorite, but she faded a bit with losses at the BAFTAs and Golden Globes, and we while we hope to see more from the Bulgarian starlet, her meme-ability is likely the biggest prize she will take from this season.

The Role: The wise and caring grandmother who plays adoptive mother to JD Vance during his formative years growing up in Appalachia while his mother, played by Amy Adams, struggles with bad men and addiction.

The Odds: We love Glenn Close and are desperate for the 8-time nominee finally to win, but with a Razzie nomination for the same role, we can’t see her taking the Supporting Actress prize this year for, let’s say, not her best outing, at least according to the critics. A legacy win for her could also knock out Minari’s Yuh-Jung Youn, a five-decade veteran of Korean cinema who is just as deserving. 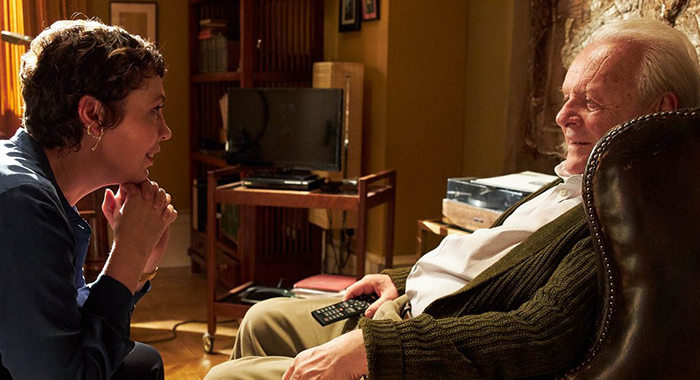 The Role: The adult daughter of Anthony Hopkins’s eponymous father, who suffers from Alzheimer’s.

The Odds: Many had Glenn Close pegged to win the year that Olivia Colman took home the Best Actress prize for The Favourite, but alas, it was not in the cards for Close that year. The same thing could happen in 2021, as The Father has emerged late as an AMPAS — yup, we’re gonna say it — favourite, but with many not having seen the film, and with most of the heat on Hopkins and the screenplay, Colman’s odds are likely lower. Of course, we’ve been wrong about that before. 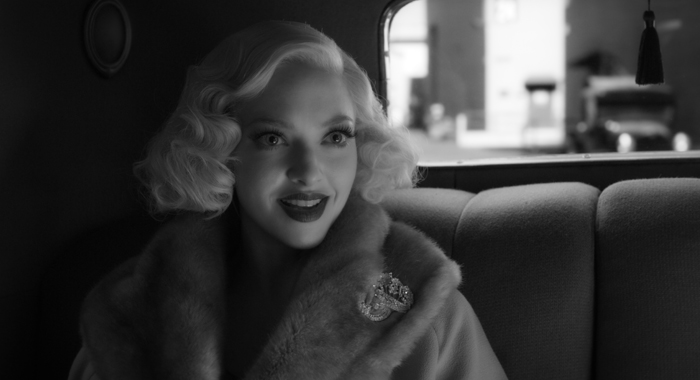 The Role: Marion Davies, rumored Citizen Kane subject William Randolph Hearst’s muse and mistress. The clever woman who was at times the only one truly working behind the scenes in Hollywood on behalf of the notorious newspaper publisher was given life and her just due by Amanda Seyfried. The First Reformed star also hid her pregnancy under the period costumes, never giving away her secret — just like the real-life woman she was playing on screen.

The Odds: Someone online recently stated that, had Mank been titled Marion and centered on the sultry, scheming mistress of William Randolph Hearst, the film would have swept every category. As it is, Mank is unlikely to win outside of the craft prizes, which is a shame, as Seyfried does the best work of her career here — well, her best work since Mean Girls, anyway. 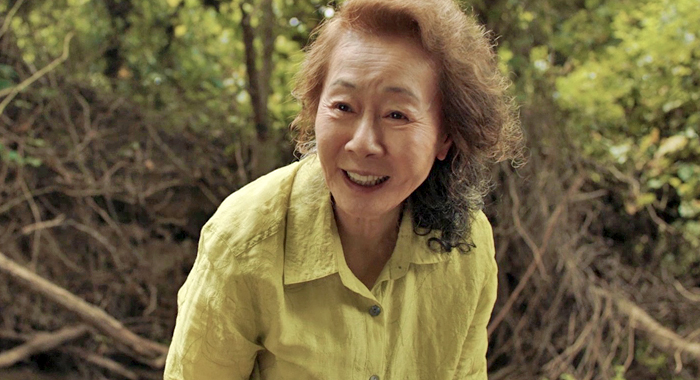 The Role: Soon-ja, an unconventional and hilarious grandmother based on writer/director Lee Issac Chung’s real-life grandmother, who preferred playing cards and cracking jokes over baking cookies.

The Odds: If a win at the SAGs, BAFTAs, and our feature on her career weren’t enough to convince you that Yuh-Jung Youn could win the Best Supporting Actress prize, her pedigree and incredible performance add plenty more. Still, for us, her viral BAFTA acceptance speech during which she jokingly called the Brits “snobbish” is the cherry on top of her awards momentum, giving her just enough to stand above her peers, as many will vote just to see what she says next — at least, that’s what we would do, given the chance.