What to Watch With Steve Zahn

The former Bad Ape, cop, criminal, slacker, pilot, musician — and on — and now Valley of the Boom dot-com founder reveals what he's watching and why you should thank him for Game of Thrones. 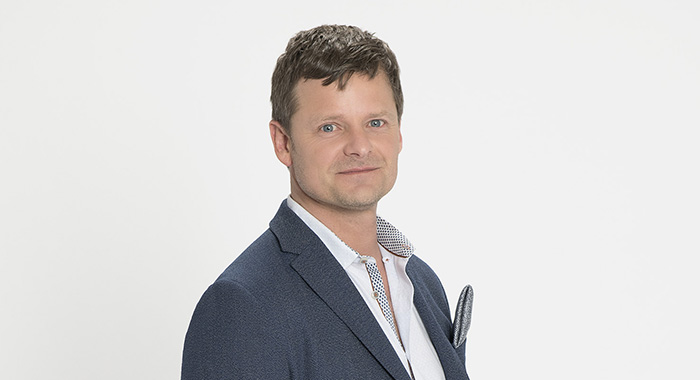 Steve Zahn is a quirky chameleon among actors. Over his nearly 30-year acting career, Zahn has played a Navy pilot (Rescue Dawn), a closeted college grad (Reality Bites), radio DJ–social activist (Treme), both police officer (Dallas Buyers Club) and hapless criminal (Out of Sight), a musician (That Thing You Do), reporter (Shattered Glass), and so very many more roles. One of his most celebrated roles was that of endearing Bad Ape in 2017’s War for the Planet of the Apes.

Now he takes on the character of dot-com founder Michael Fenne for National Geographic’s newest series, Valley of the Boom, a documentary-scripted hybrid comedy series unlike anything that’s ever been on television before.

After experimenting with documentary-scripted hybrid drama Mars, which finished airing its second season in December, the network is trying its hand at comedy with a series chronicling the 1990s tech bubble in Silicon Valley, as told through scripted drama as well as documentary interviews with some of the real-life founders.

Zahn has definitely never seen anything like it — he rarely watches television, in fact, choosing instead to immerse himself in news and politics while at home with his family on his Kentucky farm.

He does have a soft spot for documentaries, which he discussed with Rotten Tomatoes when we talked to him about what he’s watching on TV, why he should be credited for Game of Thrones’ success, and breaking the fourth wall in the innovative Valley of the Boom. 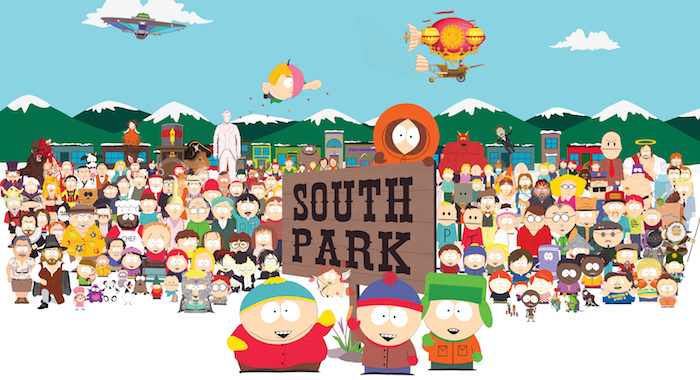 I am the worst person that you would want to feature on a “What to Watch” list in the history of history. I have literally become my dad where my kids make fun of me about how much news I watch. That’s what I watch, but I can’t help it. It’s so f–king crazy right now. I feel like I’m going to miss out.

I just envy my kids when they can just sit and turn everything off and watch. I’ll literally sit there and watch with my son — he watches South Park religiously, he’s 18 — and that’s kind of the only time I actually pause and laugh. We stand there for like a half hour eating Frosted Mini Wheats, laughing, and then I go back to being neurotic about the end of times.

[Calls to son] Henry, what are you watching? [To Rotten Tomatoes] Eh, he said, “Shut up.” You know what we’re watching right now? We have screeners. I have to watch screeners, so we’re in screenerland.

What shows are on your DVR? Do you watch Game of Thrones or anything? 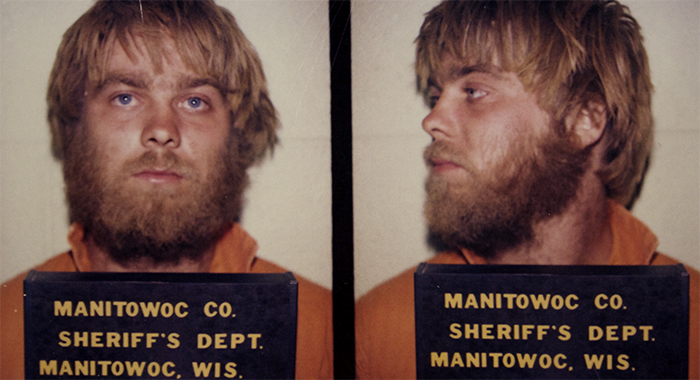 Well, I’m not in to the fantasy stuff. I’m a documentary guy. I’ll watch, you know, [they’re] coming out with a new one. Remember the murderer? What’s it called? The big one, the guy in Wisconsin. Making a Murderer. I was working at the time and had to get up at 5:30 in the morning, and I remember watching that ‘til like 3:00 in the morning going, “F–k it. I’ll get two and a half hours sleep and I’ll go to work.’ I was obsessed. I get obsessed with stuff like that.

[As for Game of Thrones], I was working with Pete Dinklage. I was doing a movie with him up in Spokane, Washington, and I knew Peter from theater in New York, and we were hanging out during that movie — like, inseparable. He was offered that while we were doing this movie. He was like, “I don’t know, should I do it? It’s in Ireland.” I’m like, “Yeah, man. You have to do it. What, are you kidding me? It’s going to be great.” So I want to take credit for it. [Laughs] 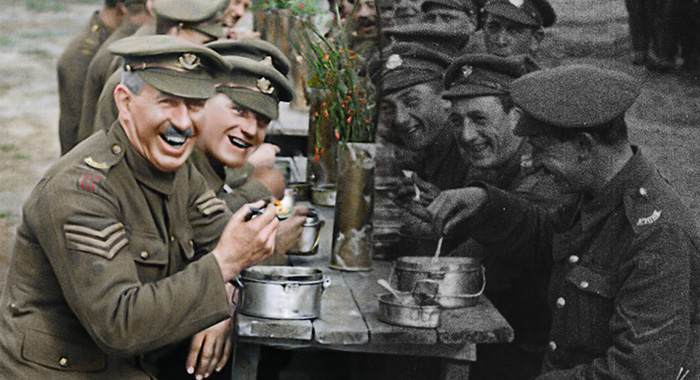 I haven’t seen that BBC World War I documentary [They Shall Not Grow Old] that Peter Jackson did. 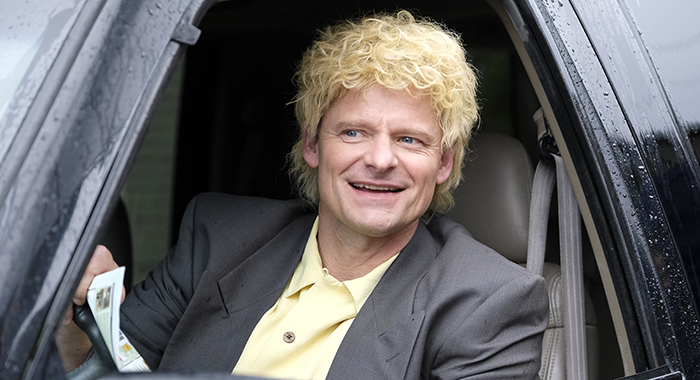 Jean Bentley for Rotten Tomatoes: As a news junkie who likes documentaries, what do you think of the documentary-scripted hybrid of Valley of the Boom?

Zahn: Obviously, I’m totally into documentaries and I thought, Oh, this would be challenging and different. When you read it, it’s great because with this format you’re able to take a lot of fat out of a script and just get to the good stuff. That’s what’s really intriguing about it. I think if you did just a drama about the birth of the internet, I don’t know how fascinating that would be, or at least for how long, I don’t know. But six hours? I doubt it.

It really frees us up. There were really no rules, and [creator] Matthew Carnahan was just brilliant with that. He really let us play. It turned in to one of my favorite jobs by far, aside from my putting on a fat suit and a wig. It was like doing a play. It was insane. I was on board at page 10 when it said he does an interpretive dance in the sanctuary of the church. I was like, “Wow, what? This is insane.”

Your character is definitely an interesting guy. How did you channel him?

I was so intrigued and so excited to be offered it, number one, but then the fear sets in. Then you go, “Wow, how am I going to do this?” It’s not like a play where you get four weeks of rehearsal. It sucked. You have to just do it. Matthew was so encouraging and so great. He just said, “Man, you’ve just got to dive in” — which is literally like doing a film. You do any character, it’s, like, the beauty of it: You jump off a cliff into the fog and hope that there’s water below. That’s what you do. Day one of filming has got to be as consistent, as good, as the last day.

It’s frightening, especially with somebody so broad as this guy. So I was constantly trying to find ways of making him less broad, basically, and more accessible to people and vulnerable and all those things that makes characters great, nutty. This guy was so smart. He’s so intelligent, he’s so assertive, and his faith is everything. There were a lot of qualities I felt were admirable.

Some of your costars’ real-life counterparts were interviewed for the documentary parts of the show, but not your character. Did you approach playing him differently because of that?

It gave me a little more room, actually. I was happy about that. They tried to get him, but it didn’t work out. But in the end I was happy that was the case because then you’re not reminded of the real guy. It’s really odd that my character is somewhat kind of a fictional guy and yet he’s not just because of that. All I saw was one interview that he did with Chris Cuomo like in ’98. It was just a very strange short interview, like 15 minutes, but that’s really all I needed. I was really intrigued and blown away by this guy that I assumed was this kind of boisterous dude, larger than life, and then I saw this interview and he was this really kind of meek, soft-spoken, high-pitched guy. Very intelligent. I was like, “Wow. This is the guy?” 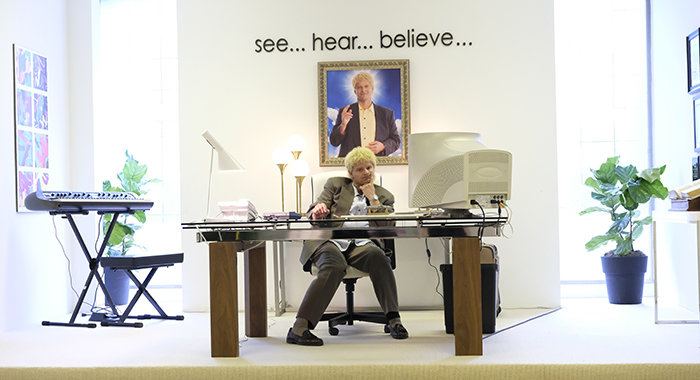 Going back to the interpretive dance, you frequently break the fourth wall on this show. What was that like?

That was really fun. It was so theatrical, you know? If you just in two sentences explain this to somebody without explaining how we did it, it sounds boring. I mean, a six-hour show about the birth of the Internet is not really that exciting unless you’re, like, an IT guy. When we addressed the camera, it was just quick and it wasn’t like we were just breaking the rules to break the rules, so it was appropriate to the story.

And I don’t know, I haven’t seen anything like this. I guess American Animals is a similar kind of storytelling, which I love, and yet it’s totally different from that in a way. That was more of a film to me than it was a documentary. This is truly kind of split in two, a documentary and a film.

I’m trying to think of other things — like Touching the Void. Have you ever seen Touching the Void? About the climbers. Damn, that’s a good movie. You’ve got to watch that. And that’s a drama. That’s explaining a mountain-climbing expedition that goes awry and it’s phenomenal, but it’s done in the same kind of way where they are basically reenactments of what they’re saying — they’re done with high-quality and good people. It’s not like the History Channel — no offense to the History Channel, but some of those Civil War documentaries [where] you have overweight guys from Ohio reenacting Pickett’s Charge, and it just doesn’t work.

Speaking of documentaries and climbing, have you seen Free Solo?

Dude. It was phenomenal. I’m a big Alex Honnold fan. I’ve been a fan of his for a long time, and I’d go on his website and find out where he was climbing and stuff. I actually went to a screening of Free Solo in New York and met him and I’m so blown away by that guy. That documentary is insane.

I’m pushing that to everybody, by the way. I’m like, “You have to see this. It’s insane.” And Won’t You Be My Neighbor. What a great documentary.

Valley of the Boom airs Sundays at 9 p.m. on Nat Geo.