What to Watch With Perpetual Grace, LTD Star Jimmi Simpson

The 20-year acting veteran reveals what he's binged most recently and what it's like to work alongside a legend like Sir Ben Kingsley. 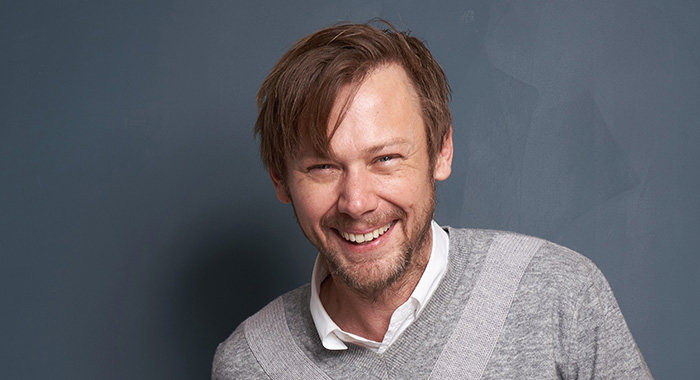 After one of the greatest television reveals in the history of the small screen, Jimmi Simpson (a.k.a. William or the Young Man in Black from Westworld) didn’t waste any time searching for his next project. After a hard-fought audition, the 20-year acting veteran was cast as the lead in the new Epix drama Perpetual Grace, LTD alongside Sir Ben Kingsley.

The House of Cards alum quickly plunged himself into the world of grifters and shady characters for this neo-noir thriller, a series with a twisty plot that will make Twin Peaks fans feel right at home. A strangely entertaining tale about robbing a fraud church that would make David Lynch proud, Perpetual Grace, LTD is built for cult-classic appreciation. Only four episodes into this season and we don’t know what’s in store for James (Simpson) and Pastor Byron Brown (Kingsley), but the first half already has us itching with anticipation.

Just hours before he screened the latest episode at the ATX Television Film Festival in early June, Simpson spoke with Rotten Tomatoes about working with Kingsley, what he’s streaming, and a graphic television program he finds surprisingly soothing. 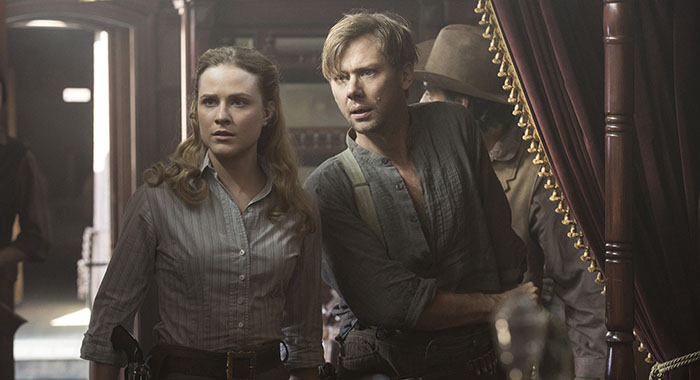 Jimmi Simpson: Do shows even come out every week any more?

Jacqueline Coley for Rotten Tomatoes: Well, You were on one last year.

[Laughs] No, you’re right, if we were not on hiatus, yes I would definitely say Westworld. It’s wonderful for that kind of Dickensian quality: here’s a little bit and you’ll wait, and you’ll enjoy waiting.

PEN15. They’re about 5 to 10 years after my time. I was, like, in college when they talking about these things, the preemptive and internet chat stuff, but it’s the application of everything that we learned, growing up now as 30-year-olds. They’re 30, and having the emotional intelligence and the verbal articulation to share the lessons that we all couldn’t process at that time. It just feels like it brings the human growth experience, the adolescence experience, the confusion, into this world where we understand why we do all these things, we understand the trouble we got into, and why we made the bad calls we made, and what actually built who we are as adults. And then it’s f—ing hilarious. I think it resonates on a sociological level in a way that no comedy show has ever to me. I was raised on Wonder Years, so that’s the closest show to this, but that’s still an adult tale. It’s a middle-aged person describing that experience and we’re looking at it from a middle-aged point of view. Whereas, these two women are attacking it from the perspective of a 30-year-old, just with the knowledge and the wisdom of a 13-year-old. I can’t believe how good it is. I can’t believe how on point both of their performances are. Each time I’m just stunned. They bring me to tears about every episode, and then I’m laughing my ass off. It’s just so good and they call out what needs to be called out, and they let themselves make all those mistakes, so that should win all the awards.  I think it should get a Nobel Peace Prize. 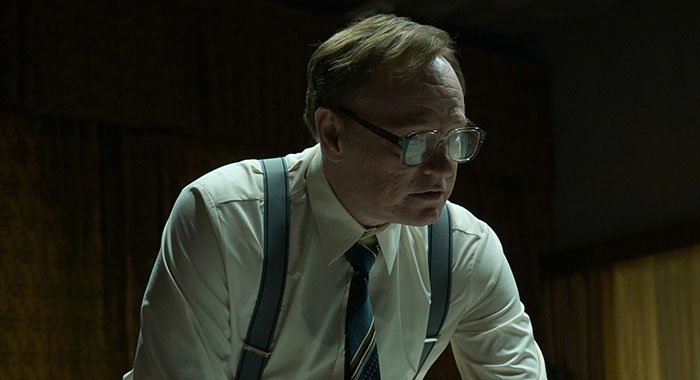 Well, it’s only depressing if we let it keep happening.  I presume that filmmaker knew what he was doing when he was saying, “Look at the mistakes they made, and let’s try to avoid that, the misinformation.” If you look at the United States of America right now and the daily misinformation from our commander-in-chief, he says it to protect his little ego, and he does it at the expense of human lives. In Chernobyl all they’re doing is protecting their ego, the ego of the state, the collective ego. But isn’t a person’s ego even more nefarious, even more worthless to go into such terrible pitches of ill truth? It’s stunning to me. We all want to learn lessons, we all want to be better, but it’s also a world where everyone wants to watch shows and be really entertained. So how do you achieve both? How do you get your message across, and make one of the most clearly articulate and beautiful, visual stories on TV right now? Every time he sets the camera or doesn’t set the camera, every push in, every performance is captivating. It’s film at its best, I think, because I just love biography, so to give audiences all of this pertinent information and all these warning signs under the guise of “Holy f— this is so entertaining!” That’s hard to do man. And so I just clap my ass off for that show.

Believe it or not, I unwind to the Forensic Files. I discovered because my wife found it. She’s from the U.K., so she’s always looking for the next true crime thing that America has. And she found these half-hour investigations into awful crimes, and how forensics got to the bottom of it. At first I was like, “oh my God!” But with the climate of the world, with so much sadness and so much devastation and no checks and balances, we don’t have justice. We have racism at its highest since the civil rights movement. So these little half-hour episodes, they’re horrific crimes, but each one is foiled. Each time the bad guy’s gotten, and you know at the end of it you’re going to see the bad guy thrown in jail. So despite how awful it is you can say, “Thank God, evil monsters do go to jail in the end.”  They’ll get them every time! That feeling is calming to me. I’m less of the superheroes guy. That flight of fancy doesn’t quite suit me. I’m like, that’s not happening! That’s not real. But when we go over to Forensic Files, justice pans out. Without a cape.

You didn’t take really take a break from Westworld to do this? Did you go right into this?

No there wasn’t much time, but I don’t need it. I’ll have time when I die. I’m acutely aware that I’m in a really fortunate position. I’ve worked really hard and I want to take advantage of the fact, that people give a little bit of a f— about me right now. I take that responsibility seriously. I have worked for over 20 years to try to see what I’m capable of expressing as an artist. And when Perpetual Grace came around I was tired, but I read the script. I saw that Steve Conrad and Bruce Terris were trying to offer something above and beyond the normal television fare. Such artful visions, such a clear desire to elevate art from the TV, I actually chased them. Me and my manager were like, “Please. Please let us, please. What do I need to do?”

How did you ultimately get involved with the project?

From the script I was amazed. It reminded me of some of my favorite movies, like Magnolia with Paul Thomas Anderson. When I saw his previous show, Patriot, I saw how he’s going to execute his vision, so thoughtfully, thematically. I was sold. And then Ben Kingsley’s name meant that I had to fight to the death to try to be a part of it. Several auditions later it was mine.

How was working with Ben Kingsley?

Intimidating as f—. But, with intimidation comes preparation and care and thoughtfulness, and so I was there ready to be like this — [intertwines fingers] — to him, and he instantly embraced me and treated me like his peer and I was floored. Working with Sir Ben Kingsley was like a dream come true, because I dreamed that he would be so accepting and he really, really is, and he treats me like a guy who has been doing it as long as he has. He doesn’t try to separate himself. I don’t know how, because he should, because he’s so much better than everybody else.