What to Watch With Hostile Planet Host Bear Grylls

The adventurer and TV star tells us what he's watching when he's not running wild on a hostile planet. 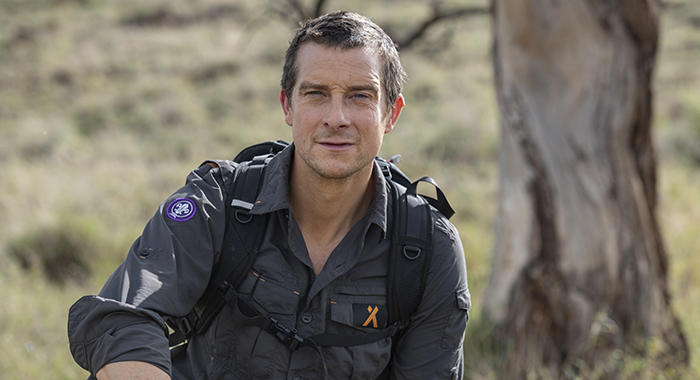 Earth Day is on April 22, and National Geographic is celebrating all month long with Hostile Planet, a new natural history series that focuses on the brutal realities of nature rather than breathtaking vistas. There are plenty of those, too, but the series, hosted by Bear Grylls, focuses on how six different environments — mountains, oceans, grasslands, jungles, deserts, and polar — are increasingly more punishing on the animals who live there.

Grylls executive produces the show alongside Oscar-winning cinematographer Guillermo Navarro, BBC natural history grads Martha Holmes and Tom Hugh-Jones, and Grylls’ collaborator Delbert Shoopman — which means there is plenty of talent behind the camera too. They employed approximately 245 crew members during their 82 shoots, which covered more than 1300 days of filming and approximately 1800 hours of footage on all seven continents.

The star, who’s bringing back his popular Running Wild series on Nat Geo later this year and is hosting the interactive series You vs. Wild on Netflix beginning April 10 — talked to Rotten Tomatoes about why Hostile Planet is different from other natural history shows.

“I grew up on all the classic BBC Planet Earth, Blue Planet [series],” he said. “It was and still is incredible TV, but I suppose what we’re trying to do is really going to give it a really strong, powerful refresh and make it really powerful for a young generation of people who maybe have never experienced wildlife, natural history programming before.”

He also told us what he’s watching on TV when he’s not camping out in the wilderness somewhere, and his answers might surprise you. 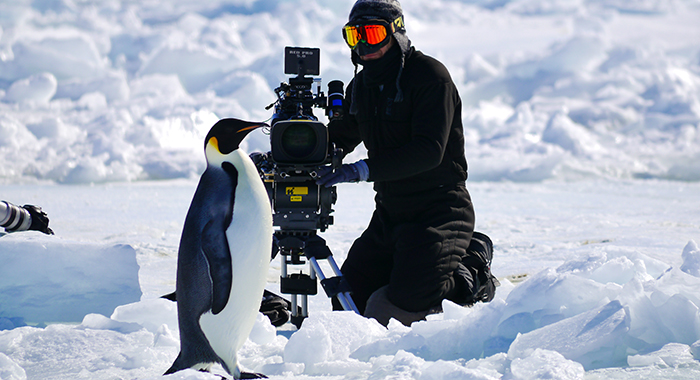 To be honest, I’m not a great TV watcher. But I think the things I end up watching are things that involve friends. Over the years I’ve got a few great friends who do TV, so I’ll watch other survival stuff and adventure-y stuff when they have things coming out. The landmark natural history stuff is always in my heart. 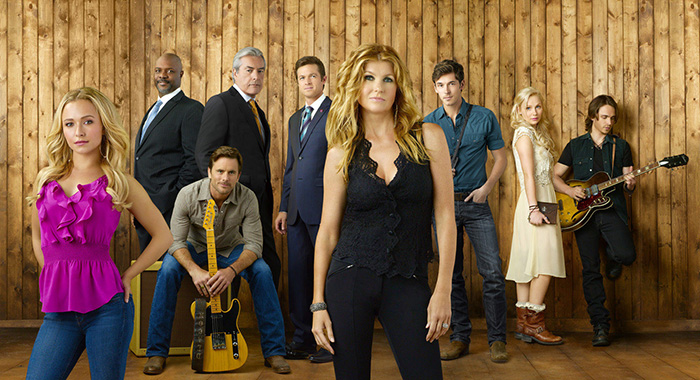 I’m married and have a family and a lovely wife and children, so I end up watching things that they really like. [My wife] Shara at the moment is knee-deep in Netflix’s Money Heist. Because we’re traveling, she’s going, “Make sure you’ve watched up to episode 12, so when we get back we can watch the finale together.” So I’m on the plane catching up on this. I quite enjoy a bit of escapism like that. And actually, what I don’t enjoy is: I find long series that don’t conclude really annoying. And I think in the early days all these streaming services with hundreds of episodes, everyone would plow through it to get to episode 24 and then it still wouldn’t end. You’d think, “that was such a waste of time.” Shara did that with Nashville the other day. We watched the first 15, and I was hooked. We all loved it. It was great. And then I go, “There’s another series?” She goes, “Oh, there’s another seven series.” I go, “How many episodes?” She goes, “130 or so.” We’re not waiting 130 episodes. So I said, “Do me a favor, go to the last episode of season 6 or 7, watch it, tell me if I’ve missed anything.” She watched it, she went, “You didn’t miss anything.” 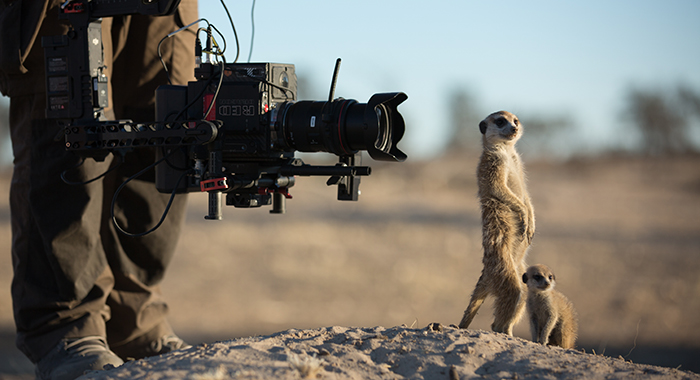 I really do think the natural history stuff is a strong one for us. I have quite a savvy family who are quite hard to please on TV stuff, but they watched the Hostile Planet trailer, and the boys have been texting me, and Shara has been going, “This looks insane!” They almost didn’t really know what I was doing, you know? They knew I was hosting it, but they hadn’t seen any of the footage, and just seeing a bit of it, they’ve all separately been texting me, “OK, this show looks insane.” So from a heart perspective, I’m really excited about that one, and I hope that there’ll be millions and millions of fans around the word. I think traditionally with natural history you’re meant to be wowed. Hostile Planet you go to be almost shocked, because it is hard reality of what a lot of animals are going through. I don’t often cry in programs, but there were definitely tears involved. I mean, we were doing the voiceover yesterday and just even doing the voiceover, it was quite emotional — when the elephants die in the drought and that whole thing.

I am excited about Running Wild, because that is coming back to Nat Geo. We’re moving it from NBC after five seasons. It’s a really good pairing with Hostile Planet, and we’re signing some of the biggest guests we’ve ever had. I don’t know why it’s suddenly happened this year, but it’s been amazing. We’re in the middle of filming at the moment. That’s a big one. A lot of my TV focus at the moment is what we’re juggling. We’re finished Hostile Planet and now we’re rolling on to that.

Jean Bentley for Rotten Tomatoes: How is Hostile Planet different from other natural history shows?

I think a lot of these other ones that we all grew up with were celebrating the beauty of the world, but sometimes it’s almost like you’re looking at a picture, but you’re not seeing the reality of the hard stuff. Hostile Planet really shows that raw, difficult, heartbreaking, painful, hostile end of what wildlife are going through. And I think animals that have been on the edge already, climate change has now pushed them over the edge, but yet these creatures have this incredible resilience and adaptability and survival instinct. Under that pressure is this really amazing and beautiful and heartbreaking [spirit that is] powerful to see. Sometimes it’s a triumph and a lot of times it isn’t. But that is what Hostile Planet is showing: just how hostile the conditions are and what the wildlife are having to go through. It will make you cry. The other ones maybe made you cry because it was so beautiful, if you’re that way inclined, this one, even if you’re not that way inclined, you will cry because it’s very powerful.

How do you tackle death on the show?

Head on — but the thing is the animals tell that story, actually. And I think, again, beforehand maybe the genre just showed the animals, but now it really follows that journey, and often from different perspectives. So instead of celebrating the lion killing whatever, now it’s a story of the little fawn who, you know, 99 percent of the fawns are dead within their first hour because they’re so vulnerable on these plains. So now this flips it on its head and follows the little fawn deer, and how can they survive when they’re surrounded by hyenas? And that’s why it’s like, “Oh my God” when you watch it.

So it’s different from a show like Nat Geo’s Savage Kingdom, for example, which just focuses on the predators. Right?

This turns it on its head. This is about the survivors. How do these animals survive when they’re battling climate change, the terrain, and the predators? 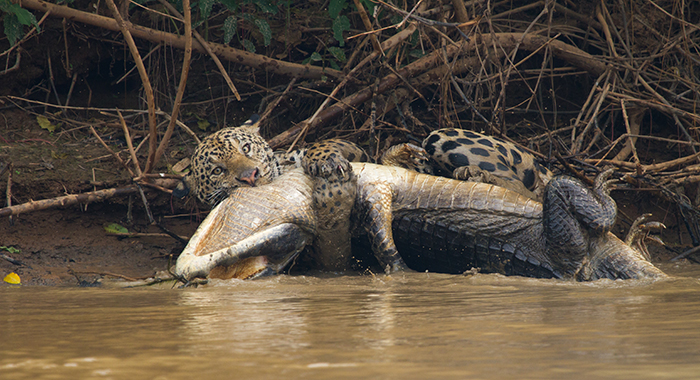 How deeply do you go into climate change and how do you talk about it on the show?

We just show how finely balanced so many of these ecosystems are and the change that has happened over the last 150, 20, 10 years and the effects it’s having on animals. So when you see baby elephants dying in the drought after walking hundreds and hundreds of miles to their traditional watering holes and there’s nothing there, it’s pretty heartbreaking when you see it.

Is there a call to action at all, or are you just hoping people will be inspired by the message?

I think the call to action is awareness, if you can show people [what’s happening]. We live in a cynical world and we’re always battling apathy and cynicism, and the animal stories battle that the best.

For Running Wild, you’ve had an insane list of people on the show. Who do you think coped the best with their surroundings?

I always resist singling people out as the best or worst, because I never think that’s a particularly good vibe. But what I always say is that people often really surprise you, and I think I’ve learned not to judge books by their cover — especially with some of the ladies, who have just been remarkably resilient and strong and tenacious. I think it’s inspiring because they often don’t expect it themselves because they’ve never done anything like this before. And it’s a reminder that the wild doesn’t care what color you are, what gender you are, how big or small your bank account is. It rewards character and tenaciousness and facing your fears. So that’s always been an inspiring thing for me.

Which current celebrities would you love to have on the show?

I’ve always had three that I’ve really dreamt of getting on the show. We haven’t got them for five seasons, but I think we’re going to get them in this season. So that’s pretty cool. But we’re not going to say who it is.

Is there any pie in the sky person you want?

Three of them, and we’re getting them. 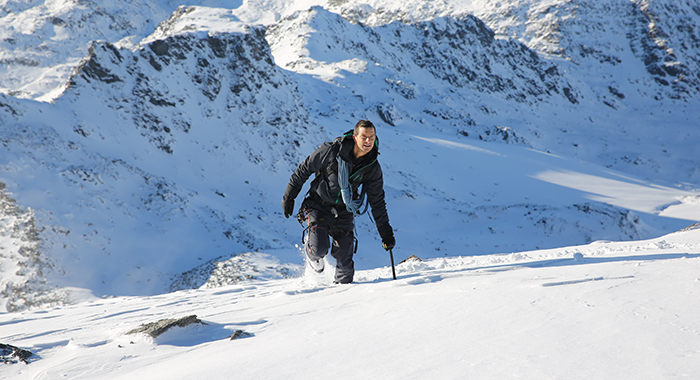 Why do you think people are drawn to shows about nature?

I think because it’s real and it’s often about families. I think we all relate to that. We all care about our families and then you see it in the wildlife sense, and it’s often so heartbreaking when families are separated and then worse than that when babies lose their lives. And that’s why Hostile Planet is so powerful. It shows warts and all. I think there’s always going to be a hunger in all of us for natural things. You can’t fight hundreds of thousands of years of DNA in us and to think in 50 years suddenly we’re not going to be interested in the wild or adventure or things of the heart because it’s deep in our DNA, that’s [silly]. I think that’s why people love Running Wild. There is something about starting a fire. Why is that exciting for people? But if they’ve never done it before and they’re cold and they’re shivering and they’re desperate and it’s a really powerful moment.

What was something that surprised you about producing Hostile Planet and not having to be out in the field as much?

Well, I still am out in the field. The only thing that’s changed is now we’re executive producing as well. The privilege of doing that on all of our shows is that it means we pick where we go when we go and the people we go with. And when you spend the amount of time away as we do as a team, it makes a huge difference to be able to have the control to say, “I want to work with great friends and the people that have been alongside me through many adventures.” So for me, executive producing is a privilege of that. And also making sure the stories are told right and truthfully rather than leaving that power to someone else.