HBO's sci-fi horror tale sheds some of its previous story's gravitas in its return, offering audiences a high-tech popcorn-thriller instead.

It’s been nearly two years since the second season of Westworld premiered to HBO and a lot has changed. When we last checked in with the series, which was created by Lisa Joy and Jonathan Nolan and inspired by Michael Crichton’s 1973 film of the same name, Dolores (Evan Rachel Wood) and Maeve (Thandie Newton), two robot characters who were initially programmed to bend at the whims of the park’s uber-rich clientele, had become fully sentient with violent results.

Blind with vengeful rage, Dolores went on a murderous rampage. Before ultimately escaping the confines of the Westworld theme park, the killer host pillaged The Forge, the supercomputer holding all of the guest data the Delos corporation had been secretly stealing.  She caused a flood, deleted a whole lot of those data pearls in the process, and installed her consciousness into the host replica of new Delos boss Charlotte Hale (Tessa Thompson) before heading into the Valley Beyond. 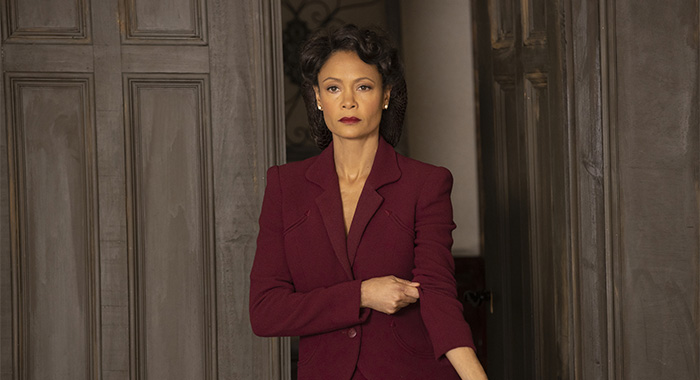 Things for former brothel owner Maeve went a different direction, entirely. After her glitch woke her up, the sentient host infiltrated the inner-workings of the park, enlisting Hector, Armistice and the rest of their outlaw gang, as well as Head of Narrative Design, Lee Sizemore,  to help in the search of her long lost daughter. Unfortunately for her, as she closed in on reuniting with the girl, Delores and Bernard (Jeffrey Wright) rained hell upon the park, leaving Maeve shot. As she bled out, she watched her daughter exit the park for greener digital pastures with Native American host Akecheta (Zahn McClarnon).

Discovering they were just pawns in a greater reality out-of-their reach is ultimately what drove each character’s journey after their awakening was complete. For Bernard, the right-hand to park-creator Dr. Robert Ford (Anthony Hopkins), his realization that he was a synthetic being this whole time — one who was created by Ford in the image of his former partner — was one of the show’s big reveals in its first season. This twist (and there were many) led Bernard to enable Dolores on her bloody journey all while attempting to pick up his own mental pieces, while he fell into an identity crisis, of sorts. 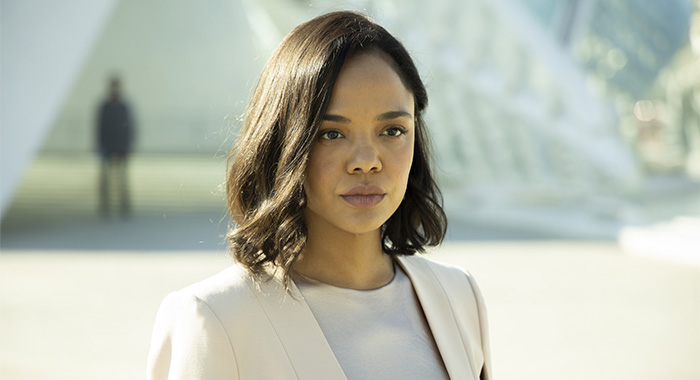 The HBO series delved further the white hat vs. black hat morality play originally introduced in season 1. It also filled in the blanks regarding the political drama unfolding behind the scenes within Delos. Less-than-savory struggles lie behind the character motivations of Charlotte, Dr. Ford’s tenacious young replacement, and Delos investor William (Jimmi Simpson) who evolved into the Man in Black (Ed Harris), the coldhearted gunslinger hell-bent on burning the whole park to the ground.

The series, which puts the concepts of free will, corporate greed, and a towering god complex in a blender, gave viewers plenty of answers in the season 2 finale, only to lead us to many more questions once it all ended. Needless to say, ahead of its highly-anticipated return, which takes the story outside of the confines of the park and adds Aaron Paul (Breaking Bad) to the mix, expectations are running high. Does the new season live up to the hype? Here’s what the critics have to say:

SEASON 3 IS A SLICK-LOOKING CYBERPUNK REBOOT 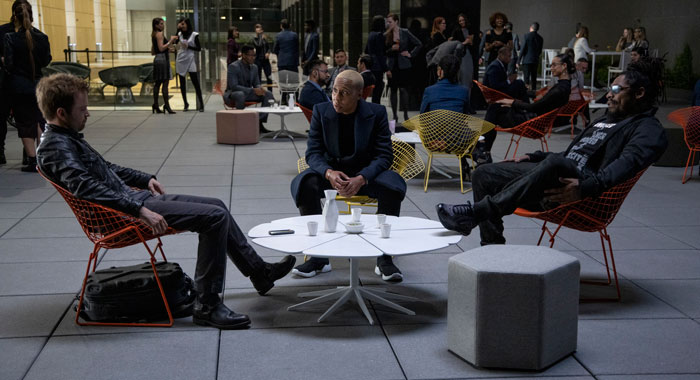 Ironically, the best part of Westworld Season 3 might be those overwhelming visual tableaus: the spectacular shots of a copter floating over a metropolis, the romantic European vistas of Maeve’s WWII world, and even the intimate hell that Caleb is going through. Westworld doesn’t just try to show us a haunted vision of the future, but it immerses us in it. — Meghan O’Keefe, Decider

Time has passed since the end of season 2, and we find Dolores dealing with her new life in the outside world. In Los Angeles, everything looks like Tesla’s version of Blade Runner, with Cybertruck police cars carving up a clean, Japan-inspired city. — Jennifer Bisset, CNET

Ironically, the best part of Westworld Season 3 might be those overwhelming visual tableaus: the spectacular shots of a copter floating over a metropolis, the romantic European vistas of Maeve’s WWII world, and even the intimate hell that Caleb is going through. Westworld doesn’t just try to show us a haunted vision of the future, but it immerses us in it. — Meghan O’Keefe, Decider

Westworld wants to generate another existential conversation in Season 3, but even as the show swaps settings and introduces new faces, the details that make it come to life are perfunctory. — Brandon Katz, Observer

Action scenes are slick and easy-to-track, but they’re also detached, lacking the gleeful turns and grand lines that punctuated similar thrills from previous seasons. Backstory that used to be unveiled with a flourish is delivered sans showmanship, which can be refreshing when the new intel doesn’t warrant a whole to-do, but only contributes further to the new season’s straightforward execution. — Ben Travers, IndieWire

Perhaps the flatness of its new setting might have served, or might eventually serve in the season’s second half, as ironic counterpoint: The peculiarity of the robot uprising exists against a backdrop so flat and familiar as to make it all the more intriguing. But what tends to happen instead is that the flatness inflects every corner of the story and sucks away the vibrancy. — Daniel D’Addario, Variety

‘Westworld’ returns with the batteries charged in an energetic start.
— Alberto Carlos, Espinof

DOLORES IS A VENGEFUL ROBOT WORTH ROOTING FOR 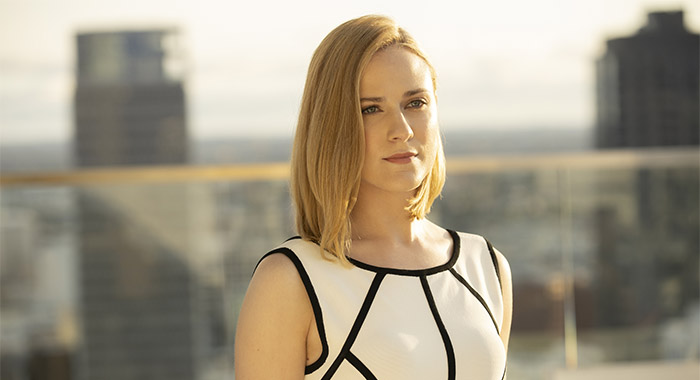 Season 3 Dolores is a vast upgrade. She’s pissed off, but not blindly ruthless. She’s bent on giving humans what she thinks they deserve, but smart enough to know this world doesn’t operate like Westworld did. This is the kind of Dolores she should have been all along: a victim you feel empathy for with a cause worth fighting for — she’s seen the worst that humans can be and believes her kind is the next step in evolution. She’s not a one-note horseman of the robo-apocalypse. — Tim Surette, TV Guide

Dolores has often been a difficult character to track thanks to her regular identity crises, veering between damsel-in-distress and utterly unsympathetic villain, but in the third season, she finally seems to have hit a pleasant and steady middle-ground. We don’t fully know Dolores’ endgame, but we do know the ruthlessness with which she’ll pursue it and the remarkable capabilities she possesses to see it through. — Haleigh Fouch, Collider 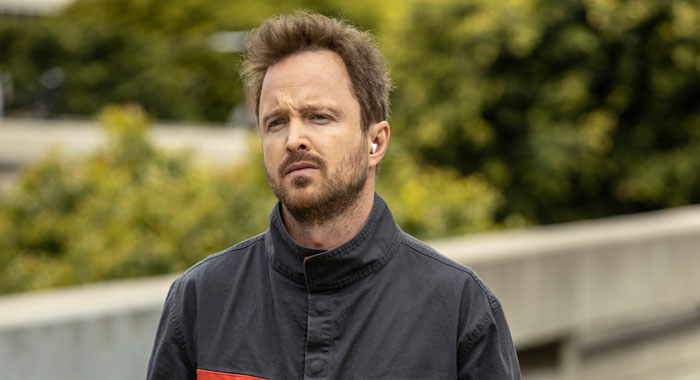 Adding Paul as a new main character seems novel at first, but he quickly takes a backseat to everything else. — Chris Evangelista, SlashFilm

IT’S STILL COOL AND QUITE CONFUSING 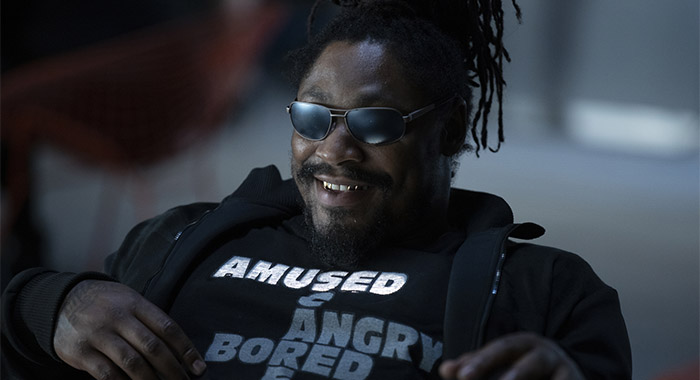 There’s still plenty to be confused about. Westworld is 100% back on its bullshit and, depending on how much you like your TV to be a rug-yanking crash course in skepticism, still presents beautiful illusion after beautiful illusion for you to doubt. — Jacob Oller, Paste Magazine

All of the standard questions Westworld brings up in viewers remain: Is this person real or a host? Is this something happening now, or a flashback or flash forward? What exactly is reality, anyway? If something feels real, and affects someone like a real trauma, does that mean it’s real even if it takes place in a virtual playground? — Ron Hogan, Den of Geek

Expect the passions around “Westworld” to erupt once again when Season 3 arrives, confusion reigns and the series’ fans and detractors face off to defend their side. — Lorraine Ali, Los Angeles Times 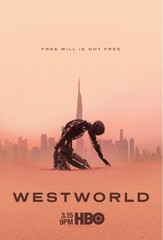 #1
Adjusted Score: -1%
Critics Consensus: Westworld successfully reboots itself by broadening its scope while tightening its storytelling clarity -- although some may feel that the soul has been stripped from this machine in the process.
Starring: Ed Harris, Evan Rachel Wood, Thandie Newton, Jeffrey Wright
Directed By: Jonathan Nolan, Richard J. Lewis, Jennifer Getzinger, Helen Shaver