The alpha-females having a moment, Logan making the best (or the worst) business decision, and "El Lazo" were among the highlights of season 2 episode 2 HBO's artificial intelligence series. 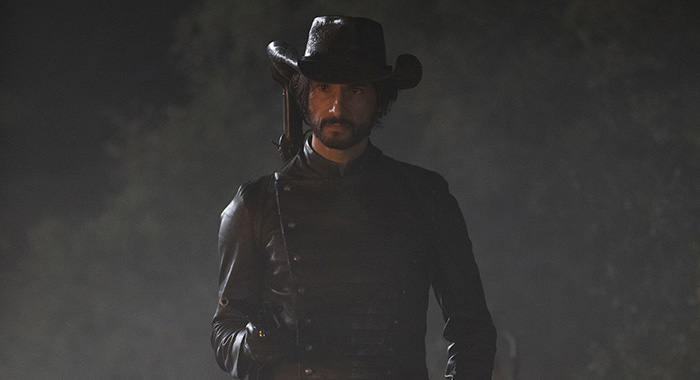 Darkness fell over major Westworld characters in season 2’s second episode, “Reunion,” but the episode was a hit with critics, scoring a 96% on the Tomatometer with 24 reviews counted on Sunday night.

While we’ve seen much of Maeve’s dark journey, “Reunion” showed young William (Jimmi Simpson) fully hardening into Man in Black William (Ed Harris), Teddy (James Marsden) learning the truth about himself, and, though we’ve seen plenty of Dolores’ (Evan Rachel Wood) violent ways, her episode 2 arc started in a place of innocence and wonder, but landed in a pool of blood.

Here are some of the biggest moments from the episode: 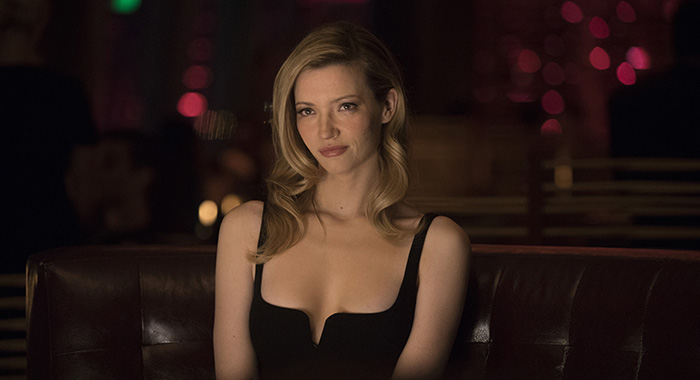 Angela (Talulah Riley) and Akecheta (Zahn McClarnon) blow Logan’s (Ben Barnes) mind with a first taste of Westworld in cocktail party format. Some familiar faces stand out in the crowd, including Angela Sarafyan, who plays Clementine, on the piano and Jonathan Tucker making his first appearance on the show.

And this scene was amazing. @benbarnes played this entire sequence to perfection #Westworld pic.twitter.com/aVyAl17QYi

Logan at first thinks Angela (the character, not the actress) is the plant: “You’re too perfect to be one of us.” He says she’ll have to prove it though. Angela laughs, waves a finger and the cocktail party freezes in place.

When one viewer asked on Twitter what old Logan looks like, Barnes weighed in with his own vote for Thanos in Avengers: Infinity War, Josh Brolin.

My vote was for #JoshBrolin – bring it full circle as #JamesBrolin was the original #Logan but nobody asks me… the hosts are running things now! #WestworldSeason2 #Westworld @WestworldHBO https://t.co/kZNrCaeNVq

2. Bernard Takes Dolores on a Tour 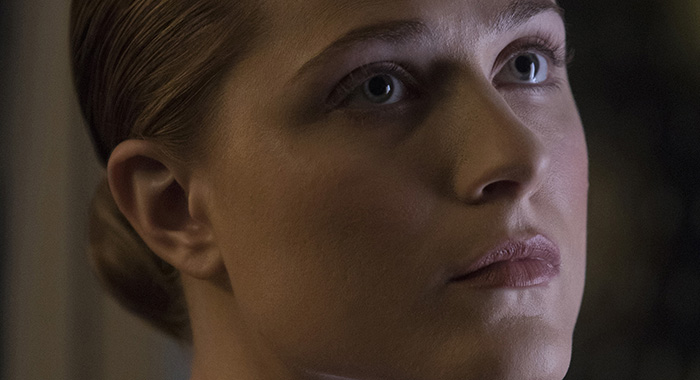 With the product demo, a number of Hosts now have traveled outside of the park, but Arnold (Jeffrey Wright) gave Dolores a personal tour, starting at the hotel where the product demo was held. Upon seeing the big city at night, Dolores breathlessly exclaims, “Looks like the stars have been scattered across the ground. Have you ever seen anything so full of splendor?”

"After a while, it doesn't look like anything at all."

Arnold also brings Dolores to visit his home that is under construction in the city, and their conversation reveals that while Dolores is capable of remarkable improvisation, she can also be repetitive.

The best moment from tonight’s #Westworld / re-watching this episode right away pic.twitter.com/2bVQaUFXm1

Turns out Arnold pulled Dolores from the product demo at the last minute, because the improvisations he added to her behavior weren’t “quite dialed-in yet.” Young Robert — a reflection in glass obscured by the lights of the nighttime cityscape — calls it favoritism and tells Arnold he’ll have to let go at some point. 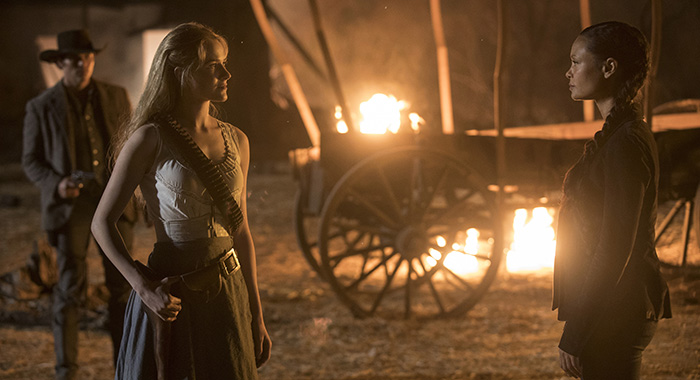 It’s a Host showdown when the two alpha-females cross paths. “Hello, lovelies,” Maeve smiles in greeting when it looks like Dolores is about to pull a Gandalf and not allow Maeve to pass.

Dolores tries to make friends, pointing out their shared fury at humankind, but ends up setting up one of the best lines of the night. Maeve: “Revenge is just a different prayer at their altar, darling. And I’m well off my knees.”

“Revenge is just a different prayer at their altar, darling. And I’m well off my knees” – Maeve/Thandie keeps shredding it and that wink she threw Dolores lmao ?? #westworld 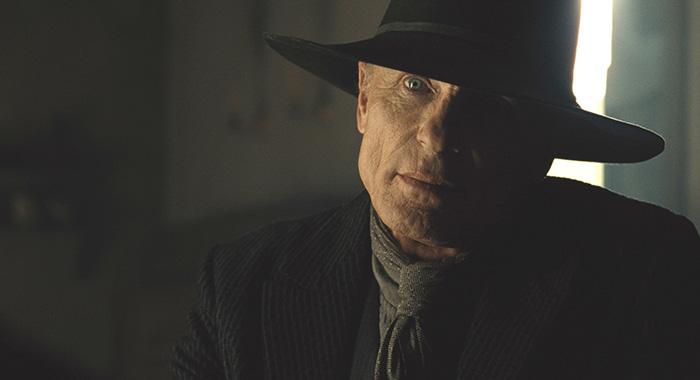 Man in Black William takes Lawrence (Clifton Collins Jr.) on a tour, too, but William’s adventure will end in fire and blood — at least, that’s what he promises.

He goes in search of compadres and runs into Giancarlo Esposito as El Lazo, who is programmed to self-destruct and take all the dudes in his posse with him rather than help William.

“This game was meant for you, William, but you must play it alone,” El Lazo says before blowing his own brains out.

My friends and I completely lost it as soon as we heard that distinctive voice! ? @quiethandfilms is always amazing and we hope to see more of him in #Westworld ?? pic.twitter.com/yZ5K8Gmrhb

5. The Promise of What’s to Come 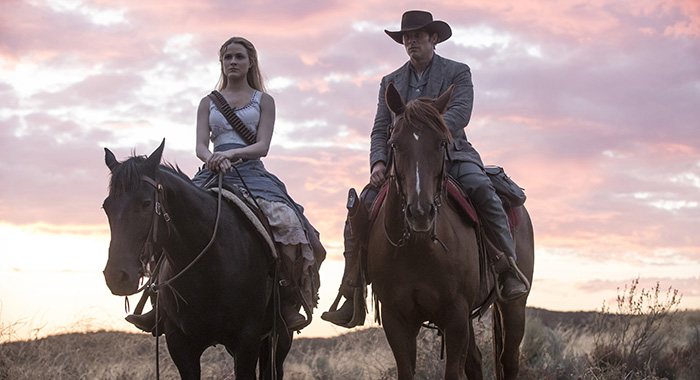 “Have you ever seen anything so full of splendor?” young William asks Dolores on visit to the under-construction sea – after calling her a “thing.”

“Have you ever seen something so full of splendor?”

About that, Dolores later says to Teddy talking about “Glory”/“The Valley Beyond”: “Doesn’t matter what you call it, I know what we’re going to find there. An old friend was foolish enough to show me long ago. And it’s not a place; it’s a weapon. And I’m going to use it to destroy them.”

Think this — where young William brings Dolores — is the most intriguing/perplexing image of ep2. Is this the under-construction site of the host-strewn mystery sea from ep1? #Westworld pic.twitter.com/eLeOUd4SkE

Then there was the live tiger in the episode 3 preview.

Probably the best way to hook me for S2E3 next week #Westworld @WestworldHBO pic.twitter.com/ZiGSE3ZEfx

What did you think about episode 2 of Westworld? Which moment was your favorite? The product demo? The Maeve and Dolores meetup?