Arachnaphobia is getting a remake, Book Club gets a sequel, and new roles for Billy Porter, Luke Evans, Uma Thurman, and more.

This week’s Ketchup brings you more headlines from the world of film development news, covering such titles as Arachnophobia, Madame Web, and Guardians of the Galaxy Vol 3. 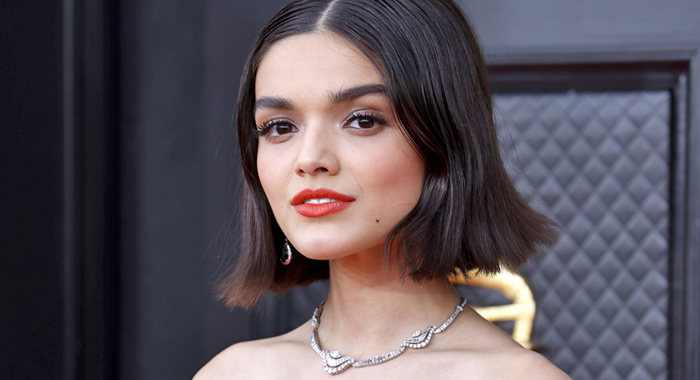 It has been about six months since the release of Steven Spielberg’s update of West Side Story (Certified Fresh at 91%), and two of that film’s stars appear to be benefitting the most in that time: Academy Award-winner Ariana DeBose (who’s currently filming Marvel’s Kraven the Hunter) and Rachel Zegler, who starred as Maria. Zegler’s upcoming roles include Disney’s live-action remake of Snow White (as the title character), the animated movie Spellbound (also in the lead role), and an unknown role in Shazam! Fury of the Gods (12/21/2022). Zegler landed another lead role this week that has franchise potential, as she has been cast as Lucy Gray Baird in The Hunger Games: The Ballad of Songbirds and Snakes, an adaptation of the prequel novel by Suzanne Collins. Zegler hinted at her casting on Monday night on Twitter with a tweet featuring a hidden code that spelled out the character’s name. In the prequel, her character will be the female tribute from District 12 (the same district Jennifer Lawrence’s Katniss Everdeen was from) who is mentored by the then-18-year-old Coriolanus Snow. Rachel Zegler is joining the already cast Tom Blyth, who will be playing the young Coriolanus Snow, portrayed in the original Hunger Games movies by Donald Sutherland. The prequel film will be directed by Francis Lawrence, who directed all of the previous Hunger Games films except the first. Lionsgate has scheduled The Ballad of Songbirds and Snakes for November 17, 2023, matching the November release dates for all three Hunger Games sequels.

In 1990s, Steven Spielberg’s Amblin and producer (and future Star Wars boss) Kathleen Kennedy partnered on a horror comedy called Arachnophobia (Certified Fresh at 93%) about a small town that becomes infested by an invasive species of deadly spiders. The film only did modest box office, but its positive reviews led to audiences finding it on cable and home video. Now, Amblin Partners is preparing for an Arachnophobia remake, and the writer/director they’ve hired to take it on is Christopher Landon (one of the nine children of the late TV star Michael Landon). Landon has directed several films that combine horror and comedy elements, such as Happy Death Day (Fresh at 71%) and its sequel Happy Death Day 2U (Fresh at 71%), as well as the Freaky Friday homage Freaky (Certified Fresh at 83%). Amblin Partners’ other producing partners on Arachnophobia will include Aquaman director James Wan and Jurassic World producer Frank Marshall, who directed the original Arachnophobia. It’s not yet known if the new film will be a direct remake with the same premise and characters, or if Landon will adapt Arachnophobia more loosely.

2. THE SUICIDE SQUAD’S DANIELA MELCHIOR WILL APPEAR IN GUARDIANS OF THE GALAXY VOL. 3

Principal production of Marvel’s Guardians of the Galaxy Vol. 3 (5/5/2023) has wrapped, but director James Gunn apparently kept a tight enough lid on his project that we’re only finding out about some of the cast now. It was revealed this week that Daniela Melchior, who played Ratcatcher II in James Gunn’s The Suicide Squad (Certified Fresh at 90%) reunited with Gunn on Guardians of the Galaxy Vol 3. Gunn isn’t saying quite yet who Melchior is playing, but he did confirm that it will not be Drax’s daughter (and Avengers member) Moondragon, who fans have speculated about ever since the first film came out. In addition to the established team members of the Guardians, Daniela Melchior’s other co-stars will include Elizabeth Debicki, Karen Gillan, Sylvester Stallone, and Will Poulter as Adam Warlock. Gunn has also said that there will be at least one other movie star that hasn’t yet been announced.

3. BILLY PORTER AND LUKE EVANS TO STAR IN DIVORCE DRAMA OUR SON

This September, Universal Pictures will release Bros (9/30/2022), which is being billed as “the first gay romantic comedy” produced and released by a major studio. Perhaps in conjunction with Pride Month, which started on Wednesday, two new gay-themed movies were announced this week. Billy Porter (Pose) and Luke Evans (Fast & Furious 6, the Hobbit films, Gaston in Disney’s Beauty and the Beast) are signed to star in a drama called Our Son as a divorcing couple fighting for custody of their 8-year-old son. The independent drama will be directed by Billy Oliver (Jonathan) for co-producer Fernando Loureiro (Frances Ha).

4. UMA THURMAN CAST AS THE PRESIDENT IN RED, WHITE AND ROYAL BLUE

Red, White & Royal Blue is a 2019 LGBT romance novel by Casey McQuiston about the love that blossoms between the First Son of the United States and a British prince. Amazon is now preparing to produce an adaptation of the novel, with Uma Thurman cast as the President of the United States, and the two leads to be played by Taylor Zakhar Perez (as the president’s son) and Nicholas Galitzine as England’s Prince Henry. Taylor Zakhar Perez is known for starring in Netflix’s The Kissing Booth (Rotten at 15%) and its sequels, and Nicholas Galitzine starred as Prince Robert in last year’s Cinderella (Rotten at 42%), starring Camila Cabello. Other cast members will include Clifton Collins Jr, Stephen Fry, Rachel Hilson, and Sarah Shahi. Red, White and Royal Blue will be the feature film directorial debut of Tony-Award-winning playwright Matthew Lopez (The Inheritance).

Although the live-action Dora the Explorer movie Dora and the Lost City of Gold (Certified Fresh at 85%) was a bit of a box office disappointment in 2019 with just $60 million domestically, many critics did laud the performance of its star Isabela Merced. In the last few years, Merced’s other roles have included the upcoming remake of Father of the Bride and the role of Juliet in the Shakespeare-based Rosaline. This week, Merced joined the cast of the currently filming Marvel Comics adaptation Madame Web (1/13/2023), part of Sony Pictures’ films based upon Spider-Man villains or supporting characters. The title character will be played by Dakota Johnson in what appears to either be a de-aged version of the comics character, or perhaps another character that goes by the Madame Web name. French actor Tahar Rahim (The Serpent, The Mauritanian) also joined the cast this week.

6. JANE FONDA AND THE OTHER BOOK CLUB MEMBERS RETURNING FOR SEQUEL

In 2018, the comedy Book Club (Rotten at 54%) was something of a moderate surprise hit, earning over $60 million domestically and over $104 million globally. The film featured a quartet of older actresses (Jane Fonda, Diane Keaton, Candice Bergen, and Mary Steenburgen) in its story of a group of friends who read Fifty Shades of Grey together. Focus Features is now developing a sequel called Book Club 2: The Next Chapter, which will reunite all four stars, their co-stars in the first film (Andy Garcia, Don Johnson, and Craig T. Nelson), and new cast members Giancarlo Giannini, Hugh Quarshie, and Vincent Riotta. In the sequel, the four friends will go on a tour of Italy, but it’s not yet known which book they will be reading this time.