Welcome to the Era of the 10-Minute Episode

State of the Union and streaming service Quibi are paving the way for premium short-form programming.

The day after Game of Thrones aired one of its longest episodes ever — the super-sized, near-feature-length epic “The Last of the Starks” — SundanceTV premiered a series with episodes that clock in at a tidy 10 minutes each.

Ten-episode series State of the Union stars Rosamund Pike and Chris O’Dowd as a married couple going through a rough patch after a “spot of infidelity.” Each episode follows the pair in real-time as they meet in a pub before going across the street to marital counselling, discussing how they got to where they are and the events of the previous session every week. Director Stephen Frears captures these conversations, which go from heartfelt to hilarious at a moment’s notice.

State of the Union, which is currently 100% Fresh with 15 reviews, is just one example of a growing trend of high-quality short-form programming, a format that was once the realm of viral YouTube videos and is now getting attention from mainstream studios and well-funded startups.

Snapchat is making serious investments in original content, Netflix’s sketch comedy series I Think You Should Leave with Tim Robinson is being praised for its peppy 15-minute episodes, and former Disney and DreamWorks Animation bigwig Jeffrey Katzenberg is looking to jumpstart a whole new entertainment industry with short-form start-up, Quibi, led by CEO Meg Whitman. 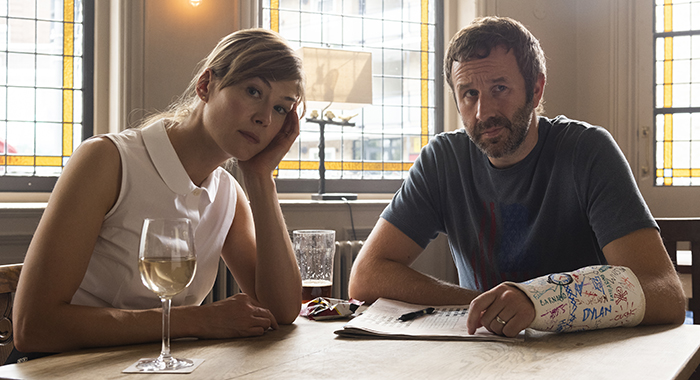 But State of the Union’s writer, High Fidelity and About a Boy scribe Nick Hornby, wasn’t looking to disrupt anything when he came up with the idea.

“That was just something I wanted to try to see if I could have any fun with it or make it work,” Hornby told Rotten Tomatoes. “I had the idea of the setup, people talking immediately before therapy, sometime before.”

The constraints of the short-form format were an unexpected source of creative freedom, the author and screenwriter added.

“Even though I [only] had 10 pages, those 10 pages were actually very liberating,” he said. “Certainly with movies no one is going to let you write a scene with 10 minutes of dialogue in it.”

The dialogue is, essentially, the whole show, although both O’Dowd and especially Pike speak volumes with just their facial expressions as the two sit down across a pub table and attempt to determine what they feel for one another. Hornby stressed that the short length of the series didn’t necessarily make things easier for the actors, because actors “never get parts where they have literally 50 percent of the script,” as is the case in this series.

Even though State of the Union is primarily a comedy, the couple’s conversations have real emotional heft.

“I think that State of the Union, although it can be consumed in bite-size chunks, actually demands a lot of attention,” executive producer Jamie Laurenson said. “It’s very funny and entertaining, but you have to concentrate. It’s not lightweight because it’s small in size.”

Although Katzenberg’s Quibi is yet to launch, the Hollywood veteran’s new venture is aiming to capture a similar sort of feeling — snackable, but filling. The name itself is short for “quick bites.”

Katzenberg and Whitman announced some details this weekend at the Produced By conference on Saturday in Los Angeles, and Katzenberg revealed more on Sunday at the Banff World Media Festival. Some of the details that emerged:

In a keynote presentation at South by Southwest this March, Katzenberg explained that Quibi, in addition to creating content that is specifically created for the time and technical demands of mobile viewing — the shows will be full screen in landscape and portrait mode, for example — will borrow from both film and TV. So they’ll be feature length, but broken up into episodes that are easy to squeeze in or to binge, whatever the viewer’s circumstances demand.

“We’re bringing those two creative, narrative forces together,” Katzenberg said at the time. “A series, for us, is a two- to two-and-a-half-hour story, told in act breaks that are eight to 10 minutes long.

Katzenberg’s vision has drawn top talent and top dollar, and he makes the case that the startup is an entertainment pioneer akin to HBO, which seemed like a risky venture when it first came on the scene. He and other players in the short-form game are trying to tap into an uncharted market: would-be viewers who want quality, narrative storytelling that’s broken into chunks that fit into their busy (and mobile) modern lives.

Snackable Storytelling Treats to Take on the Go 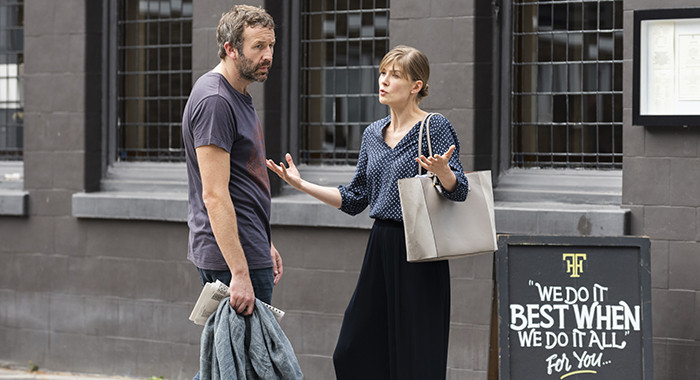 “I know Quibi has very specific ambitions for their version of short-form content, and I think Jeffrey Katzenberg has publicly stated that he thinks it’s the answer to capturing younger audiences,” Hakan Kousetta, COO of Television for State of the Union producer See Saw Films, told Rotten Tomatoes. “I’m not sure I quite agree with that, but I do think that giving people as much opportunity to watch programs when they want in a way that’s convenient to them will always be the answer to increasing demand.”

If that’s a 10-minute episode on a bus ride while waiting for a dentist appointment, great. If it’s binging an entire series so that it essentially acts like a feature-length movie, also great. State of the Union, for instance, which premiered with all 10 episodes running back-to-back like a film at Sundance, still holds up in this format.

“You can watch three episodes back-to-back and have a half-an-hour slot show, or you can watch 100 minutes back-to-back, and it all works,” Kousetta said. “It doesn’t shortchange you if you want to consume it in that way.”

“I really didn’t know what it was,” he said. “It was a TV show because it was bought by people who wanted to make it into a TV show. I didn’t ever think of it as being a movie. I thought it might be something that people might snack on. You know, watch on their phones while they’re sitting on the bus, or whatever, but you could have a complete experience over quite a short period of time.”

Put another way, Hornby said, it’s a great alternative to mindlessly scrolling on your phone.

“I think if you watch one episode on your daily commute,” he said, “maybe it’s better than flicking through YouTube videos or Instagram.”

State of the Union is available to watch in full at SundanceTV.