The Marvel sequel easily dominated the box office in the lead-up to Thanksgiving weekend as it looks to outgross Doctor Strange in the Multiverse of Madness.

Hollywood is saving a few bigger guns for the Thanksgiving holiday starting this Wednesday but fed a few nuggets to theaters in the meantime. One did just Fiennes and the other may be wondering if it should have been held back for streaming. Neither were going to challenge the sophomore weekend of Wakanda Forever, whose shot at a five-week winning streak may have been dependent on this pre-holiday performance, lest it be challenged by an animated offering from its own studio. Wakanda Forever’s path looks a little clearer this week with North America alone getting the film halfway to the billion it would love to achieve.

Black Panther: Wakanda Forever indeed led the way for a second straight week, representing 67.8% of the entire top 10. (Last week it grossed 87.6% of the top 10 money.) An estimated gross of $67.3 million brings its total to $287.9 million. That is about $5 million less than Doctor Strange In The Multiverse Of Madness made in its first 10 days, though that film dropped 67% down to $61.7 million in weekend two. Wakanda’s slightly better 62.9% drop already puts it on course to outgross Multiverse, especially with the five-day Thanksgiving holiday waiting in the wings. Rogue One: A Star Wars Story grossed $64 million in its second frame in 2016, which gave it $286 million in 10 days. Wakanda Forever would love to keep that pace, as it would put it on track for $500 million, but it is unlikely that it will have $424 million by the end of Sunday. Among the 18 films that have reached the half-a-billion mark (apart from Titanic and Avatar), the lowest 17-day grosses were 2017’s Beauty and the Beast ($393.3 million) and The Dark Knight ($393.7 million). If Wakanda Forever can hit that floor by Sunday, we’ll reevaluate its chances for $500 million. 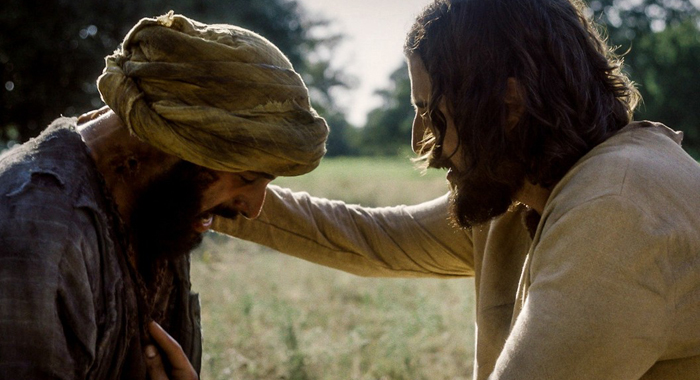 Perhaps television shows are the additional spark that theaters could use while movies are constantly pushed to streaming platforms. The irony is so thick that two episodes of season three of the faith-based show The Chosen could play 2,012 theaters and gross $8.2 million through Fathom Events, which had to drive some filmmakers crazy. Christmas With The Chosen, you may remember, hit theaters for a couple weekends in December 2021 and grossed over $13.7 million. And that was just people who worked on the show singing Christmas songs. Two episodes of the show itself earned enough to rise all the way to No. 3 at the box office this week.

Universal may have thought they had an outside awards contender with She Said, a profile of the journalists who broke the story of the Harvey Weinstein’s sexual misconduct allegations, but it is going to be outgrossed by fellow contenders that barely hit 1,000 theaters. That is probably not a big surprise, considering audiences probably weren’t looking for such heavy subject matter just before turkey day. The result was just $2.2 million at the box office. Similarly themed eventual Best Picture winner Spotlight, by comparison, made $1.3 million in its second weekend… in just 61 theaters. Steven Spielberg’s Best Picture nominee The Post, with its pairing of Meryl Streep and Tom Hanks, made $1.69 million in its third weekend… in just 36 theaters. George Clooney’s Best Picture nominee Good Night And Good Luck also made $2.25 million in weekend three… in 225 theaters. She Said is playing in 2,022 theaters for a per-theater-average of $1,088. That’s the third-worst PTA of 2022 for a film in over 2,000 theaters, ahead of just Studio 666 ($668) and Pearl ($1,068).

The Top 10 and Beyond: The Menu Claims No. 2, while Black Adam Continues to Drop

The other new release of the week did much better by comparison, but still just kind of OK. Mark Mylod’s The Menu with Ralph Fiennes and Anya Taylor-Joy opened to $9 million. The amazing story about that number is that it is Searchlight’s best opening weekend since Baggage Claim opened to $9.03 million back in 2013. This also happens to be the largest launch in the company’s history and the first time they’ve opened a film in over 3,000 theaters. TV commercials aired fairly regularly, and even though films with horror elements have traditionally not done well over the late holidays, perhaps The Menu will continue to find a crowd post-Thanksgiving as it becomes the studio’s highest-grossing film since their Oscar-winning Jojo Rabbit in 2019.

Warner Bros., on the other hand, is not closing out 2022 as they would have hoped. With no films in the pipeline until House Party (Jan. 10, 2023) and Magic Mike’s Last Dance (Feb. 10, 2023), two films they reinstated back into theaters from HBO MAX streaming, they had to rely on DC’s Black Adam, and it is proving to be a bust. Down to $4.4 million in weekend five, Dwayne Johnson’s hyped kinda-maybe-anti-superhero has grossed just $156.9 million, which put it just ahead of where Marvel’s Eternals was last year. Eternals even grossed $4.09 million in its fifth weekend, ultimately finishing with $164.8 million. That’s exactly the range we’ve been saying Black Adam would finish for weeks. Worse for the film is that it has made just an additional $209 million internationally, meaning it is likely to come in under $400 million total. That could very well make this a $100 million loser for all involved and the studio’s biggest exclusive theatrical loser since 2017’s Justice League.

A film that is much closer to getting out of the red is Universal’s Ticket To Paradise. The current exhibit against the death of the big screen comedy had its biggest fall to date (47%) to $3.2 million this weekend, bringing its total to $61.5 million. With an additional $97+ million internationally, the film is still about $21 million away from recouping its pricey $60 million budget. Getting to $70 million domestically is still not out of the question, as it is pacing close to 1998’s Blade ($3.2 million fifth weekend, $61.3 million 31-day total). The upcoming holiday will keep its drop small, and if it can squeeze out a few more international dollars, Universal will have a minor success on its hands.

Two films in limited release that will be getting expansions on Wednesday are Steven Spielberg’s The Fabelmans and Luca Guadagnino’s Bones and All. The former, in its second week of release in just four theaters, added another $94,078, bringing its total to $314,000. It will move into 600 theaters before Thanksgiving. A much more aggressive launch will be seen with UA Releasing’s Bones and All, which grossed $120,000 in five theaters over the weekend. It will go wide into 2,500+ theaters on Wednesday, and its $24,000 per-theater average is the 10th best for a limited release in 2022. The Fabelmans had the fourth best last week.

On the Vine: Strange World and Devotion Key in on Thanksgiving Weekend

Thanksgiving has a number of offerings aside from the aforementioned wide expansions. The film with the best chance of dethroning the new Black Panther is Disney’s Strange World, which has the benefit of being the first new family animated film since the summer’s DC League of Super Pets. They did not exactly fare well with their other sci-fi adventure film this year, Lightyear, and that had name recognition. Will something original fare better over the holiday? Also hoping to capitalize a bit on the success of Top Gun: Maverick, there is the true story of Devotion with Jonathan Majors and Maverick co-star Glen Powell. Dogfights and war netted only $56 million for Midway back in November 2019. Could this be the dad movie of the holiday?