Tom Hardy's sequel chomps into the record books with expectations-shattering performance. Could it overtake Shang-Chi? See the full box office results for the weekend of October 1-3, 2021.

Before even seeing the numbers from this weekend, October was poised to be a big month – at least for franchises and big intellectual property titles like this weekend’s big winner. Ridley Scott’s The Last Duel and Edgar Wright’s Last Night in Soho will be interesting to watch to see if they can bring out the usual stay-at-home moviegoers. But some of those same customers have been waiting two years for No Time To Die, and other titles like Dune and Halloween Kills are going to test the already established limits of hybrid streaming titles. One thing is for certain though, the month is off to a killer start with the symbiote battle between Venom and Carnage climaxing in the biggest opening weekend of the pandemic. 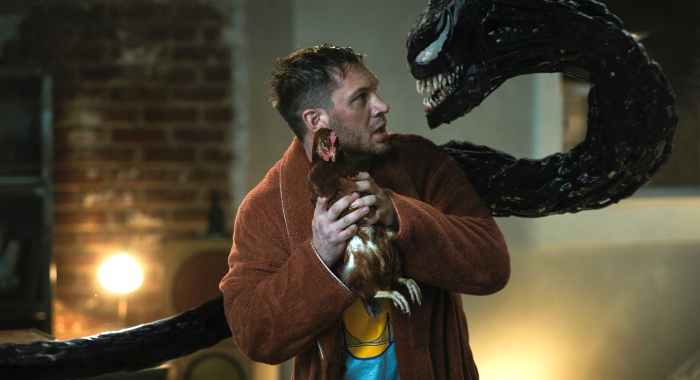 Venom first appeared on the big screen in Sam Raimi’s Spider-Man 3, which racked up an impressive $151.1 million opening weekend before suffering a very unimpressive 2.22 multiple towards its final gross, which was hampered by disappointed fans. The character was rebooted in 2018 with Tom Hardy in a standalone anti-hero take on the classic villain, and that film, Venom, opened to $80.2 million. While Rotten at 30% on the Tomatometer, it made it to $213.5 million (a 2.66 multiple), even if its competitor that October weekend (Bradley Cooper’s A Star Is Born) ultimately bested it with over $215 million. But that was then, this is now. The world has been through the downswing of a pandemic and not even the richest sequel or franchise film has been able to outgross its predecessor in that time. Until this weekend, when Venom: Let There Be Carnage opened at $90.1 million, beating the original film, marking the biggest three-day weekend of the pandemic era, and the second-best October opening ever behind Joker‘s $96.2 million opening in 2019.

Let’s trace the path of the weekend for Venom: Let There Be Carnage, which is currently registering a 59% on the Tomatometer – one precious percentage point away from Fresh. On Thursday night, the theater-exclusive grossed $11.6 million, which was second only to Black Widow’s $13.2 million pre-Premier Access Thursday for the pandemic era. On Friday the film grossed an estimated $37.3 million, again second to Widow’s $39.5 million start when it was available for $29.99 on Disney+ as well. Historically, the only film to open with over $35 million on Friday and not gross $80 million over the weekend was the first Twilight film back in 2008. The vampire flick and Black Widow have been the only films with $35 million-plus Fridays (out of 71 films) not to cross $100 million in their first five days of release (and subsequently not hit $200 million). Only Shang-Chi has reached that milestone as quickly during the pandemic, in part aided by the Labor Day holiday.

Let There Be Carnage‘s whopping $90.1 million weekend (at least $25 million higher than some of the best early estimates) would suggest that the Venom sequel could be on a path towards the new ceiling established by Shang-Chi and the Legend of the Ten Rings, but it is that very film that could stand in its way. Over four straight weeks, not a single film came close to challenging Shang-Chi for the top spot at the box office. Not one other film that opened throughout September opened to $10 million or more. In fact, the three other biggest openings included two HBO Max hybrids (Malignant at $5.43 million and Cry Macho and $4.42 million) and musical Dear Evan Hansen, which had the second-best opening of last month with $7.44 million (and dropped 68% this weekend to $2.4 million). Shang-Chi had no challengers and word of mouth was good. The latter remains to be seen on the second Venom, but the next three weeks are filled with significant competition in the form of No Time to Die, Halloween Kills, The Last Duel, and Dune.

The first Venom film dropped 56.4% in weekend two when faced with First Man, Goosebumps 2, and Bad Times at the El Royale, all of which grossed less than half of Venom’s second week at no. 1. It would take until its fifth weekend before any film other than A Star is Born or David Gordon Green’s Halloween would beat it. Let There Be Carnage is not going to have that luxury. A path will become clearer next week and we’ll see if it beats Shang-Chi’s $34.7 million second weekend. For now, some other good news: The total earnings of this week’s top 10, currently estimated at $126.93 million, make it the 10th-best October weekend for the top 10 films ever.

The Top 10 and Beyond: Addams Family 2 Proves Family Films Still Have Box Office Life, While Saints Fails to Draw Mobs of Fans 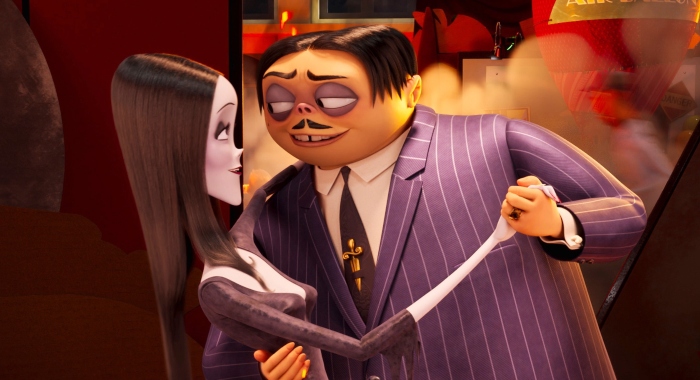 Opening in second place this weekend was The Addams Family 2, which is in theaters at the same time that it is available on VOD for $19.99. Remember this is the weekend that Sony initially abandoned its plans for an opener with Hotel Transylvania: Transformia. That film was sold to Amazon; Sony replaced it with Venom Deux and MGM/UA read the tea leaves that family films were still not up to full potential given the lack of vaccine availability for kids in their demographic. Nevertheless, an $18 million weekend is not bad all things considered. The Boss Baby: Family Business opened to $16 million in July and that was simultaneously streaming for free on Peacock. That was also a 68.1% drop from the original’s $50 million opening, while The Addams Family 2 is only about a 40.6% drop from the first Addams Family film’s $30.3 million start. It’s also the second-best opening since the reforming of UA Releasing, ahead of fellow reboots/remakes of Child’s Play ($14.09 million) and The Hustle ($13 million). So we’ll chalk this up as a minor victory for the time being.

Meanwhile, The Sopranos prequel film, The Many Saints of Newark, become Warner Bros.’ fourth straight film not to reach $6 million in its opening weekend. WB would have to go back to the end of 2006 to see a run of wide releases – The Fountain ($3.76 million), Blood Diamond ($8.64 million), Unaccompanied Minors ($5.81 million), and We Are Marshall ($6.11 million) – do as poorly as their HBO Max hybrids Reminiscence ($1.95 million), Malignant ($5.43 million), Cry Macho ($4.42 million), and now Many Saints ($5 million). Even their Entourage film opened to $5.37 million in its first day and $11 million in its first three. HBO Max actually feels like a pretty perfect place to watch a story about Tony Soprano’s uncle, but it’s hard to believe it wouldn’t have at least beaten the opening weekend of the epilogue about Vincent Chase and his cronies were it a theatrical exclusive.

Dropping down to third place is Shang-Chi and the Legend of the Ten Rings: with its first real test of competition, it fell 54% to $6 million, bringing its total to $206.1 million. After last weekend the film was at $196.2 million and in the realm of the paths of Star Trek Into Darkness ($228.7 million final gross) and Brave ($237.2 million final). Its $13 million last weekend was also higher than the respective $11.42 million and $11.16 million of those films in their fourth weekends. This week it fell slightly behind their $6.25 million and $6.04 million fifth weekends. Those films also had just passed $208 million at this time, suggesting that Shang-Chi’s final gross may be closer to $220-$225 million than the $230-plus million it was looking like a few weeks ago. Nevertheless, it could still be a very hard number to challenge for 2021’s top grosser. Although Venom’s challenger next week and his arch-nemesis in December are the likely favorites to give it a run for its money.

On the Vine: Daniel Craig Set to Save the World – and Box Office? – One Last Time 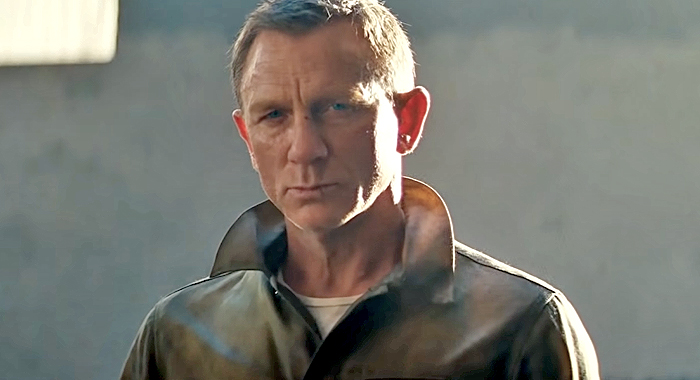 Bond. James Bond. No Time To Die finally opens in theaters after a nearly two-year delay. The 25th film in the Bond series (leaving out a couple of disputed titles) has already grossed an estimated $113 million overseas and hopes to become just the second wide domestic release to pass a half-billion at the global box office, a number that only F9 has reached since 2019. No Time To Die is currently Certified Fresh at 83% on the Tomatometer, behind fellow Daniel Craig outings Casino Royale (94%) and Skyfall (92%) but ahead of Quantum of Solace (64%) and Spectre (63%). Also look out for A24’s creepy black comedy/thriller/drama Lamb, the festival-favorite documentary The Rescue, and Bleecker Street’s drama Mass, which is Certified Fresh at 92% and marks writer-director Fran Kranz as a major new talent to watch.