Spidey continues to cruise as No Way Home steadily rises, setting its sights on a finish in the Top Five domestic earners of all time on the weekend of January 7-9, 2022.

So far, the new year has felt a lot like the past couple of years did, with postponements and cancellations, all of which could signal the beginning of a new studio approach to release strategies. Theaters and their display windows are still very much in the mix, but as 2021 has shown us, their attendance is reserved primarily for comic book heroes, sequels, and any kind of intellectual property easily sold to those younger than 35. We may be getting ahead of ourselves, but this weekend was certainly a tale of two diametrically-opposed releases.

King of the Crop: Spider-Man: No Way Home Sets Its Sights on Top Five Domestic Ranking 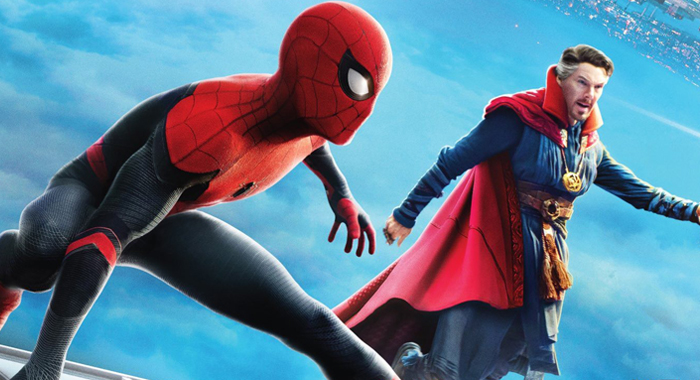 To no one’s surprise, Spider-Man: No Way Home leads the way again, and it also passes James Cameron’s Titanic on the all-time chart… again. Last week it surpassed Titanic’s original $600 million gross from its record-breaking run through 1997-98. This week, it passed its total with the additional $59 million it made from 2-D & 3-D re-releases. Its tally of $33 million may only be the 37th-best third weekend of all time, but adding it onto the $635 million it had coming into the weekend places the Marvel film as the 6th highest-grossing domestic film of all time, with just one more sub-$700 million film (Avengers: Infinity War) to go to put it in the top five. With $1.53 billion banked, Sony’s most successful ever gives the studio its first top 10 worldwide placement since James Bond’s Skyfall maintained a brief appearance on the list with $1.108 billion in 2012 until Avengers: Age of Ultron pushed it out in the summer of 2015. No Way Home is now up to 8th on the worldwide chart. Up next is $1.66 billion to pass the CGI remake of The Lion King.

Rotten Returns: The 355 Misses the Mark in Its Debut 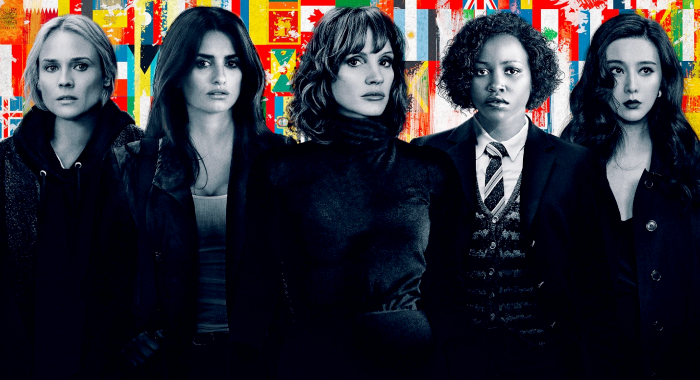 On the half-empty side, the first new release of 2022 – Universal’s female spy actioner The 355 – opened to just $4.8 million. On the half-full side, that is still better than Searchlight’s release of Guillermo del Toro’s Nightmare Alley, which opened against Spider-Man: No Way Home to a mere $2.8 million. Any way you pour it, those are the two worst debuts for films opening in over 2,000 theaters since the dual October closers of Antlers ($4.27 million) and Last Night In Soho ($4.17 million), neither of which made it to $11 million. Omicron surges and a poor critical reception (26% on the Tomatometer) have rendered The 355 a “wait for streaming” release, at least as long as Gunpowder Milkshake, Kate, or The Old Guard are still part of Netflix’s library.

The Top 10 and Beyond: Sing 2 Becomes First Animated Film of Pandemic to Reach $100 Million 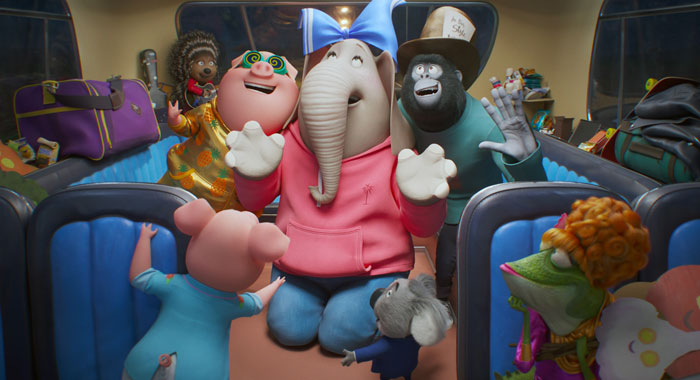 Universal has a much better claim to the half-full side of things with Sing 2, which became the first animated film during the pandemic to reach $100 million in theaters. Despite now being available on various streaming platforms as a premium VOD rental, the sequel mustered up another $11.9 million to become the 14th film of 2021 to reach the $100 million milestone. 2020 aside, that is the lowest number of $100 million grossers the industry has seen since 1995, when only 10 films reached it. Even with that success and Encanto making it over the $90 million hump when no other animated films could even surpass $60 million, Disney is taking their latest Pixar film, Turning Red, off its Mar. 11 theatrical slot and launching directly on Disney+ with no premium, the same strategy utilized for Soul in December 2020 and Luca in June 2021.

Only two other films within the Top 10 can even brag that they got past $35 million. Ghostbusters: Afterlife, which will be one of the 10 highest-grossing domestic films of 2021 even if Sing 2 surpasses it, has hung around for another week, adding to its total of just over $125 million, while Ridley Scott’s House of Gucci managed to cross $50 million. That makes the latter just the second film of 2021 that wasn’t a sequel, a prequel, an MCU title, a re-adaptation, an animated film, or something based on a theme park ride to gross that much (Free Guy being the first). It is also just the fifth R-rated film from last year to reach that marker after Halloween Kills, The Conjuring: The Devil Made Me Do It, Candyman, and The Suicide Squad; by contrast, 18 R-rated films made as much in 2019. After nearly two years of the pandemic, a month-and-a-half no longer feels like an eternity to wait for something people want to see.

Beyond that, what else is left from the holiday season? The Matrix Resurrections has made less than what The Matrix Reloaded grossed on its opening Thursday. Just Thursday. West Side Story is the first film from Steven Spielberg not to gross $40 million since 1987’s Empire of the Sun. The King’s Man has made only a quarter of what its predecessor, Kingsman: The Golden Circle, made in 2017. Even a true-life underdog sports story with a faith-based connection like American Underdog isn’t going to get $25 million in the collection plate. Paul Thomas Anderson’s Licorice Pizza did outgross his Inherent Vice, though in an environment where people felt safe and comfortable, it could have easily become one of his most successful.

On the Vine: Scream Hopes to Scare Up Some Nostalgia… and a Healthy Box Office Take 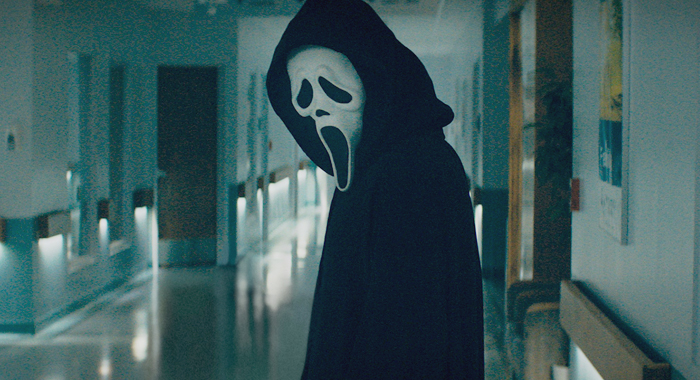 Scream opens next week. It’s the fifth film in the franchise, but its title is simply Scream, like the original 1996 horror classic that started it all, and it features Neve Campbell, Courteney Cox, and David Arquette, along with a whole new crew of victims and suspects. The last film, Scream 4, grossed just $38.1 million during its 2011 run. Eleven years later, will the series’ fans treat it like The Matrix Resurrections after universally agreeing its last two chapters disappointed them? Or will Paramount manage to grab the first big IP opening of the year, three weeks before it gets the next big IP opening of 2022 with Jackass Forever?