The holiday box office is still awaiting its best and brightest. For two weeks it has been filled with one underperforming title after another and that pile found some more company this weekend. Though the appearance of a success is certainly a smidge of good news this weekend for theaters, how far Ford v Ferrari will go to recover another extravagant budget remains to be seen. But it is the leader in spirit at the moment and could be a top five finisher for the next month to come.

James Mangold’s Ford v Ferrari opened to $31 million, and it checks a lot of boxes in box-office watching: Two major stars, a successful director and a November opening. Where it certainly stands out is amongst its very specific genre. Unless your racing movie involved Pixar, Will Ferrell, or was wedged into a faux Point Break remake advertising itself as “fast” AND “furious,” car racing is not a genre that has drawn great interest beyond its base. Renny Harlin’s Driven ($32.7 million), Ron Howard’s Rush ($26.9 million), not even the video-game inspired Need for Speed ($43.5 million) could make what FvF is going to make in its first 10 days. The star power certainly helps. Tom Cruise got Days of Thunder to over $82 million back in 1990 and with a $31 million head start, Bale and Damon may help this one go even further. (We ranked Ford v Ferrari as the likely eighth-highest–grossing film this season in our holiday box office preview.)

Terminator: Dark Fate opened to $29 million, dropping out of the top 10 in just its third weekend, and now looks like it will not hit $65 million. (For those looking for some history, Terminator: Dark Fate is the first film to open numbr 1 and only spend two weeks in the top 10 since Texas Chainsaw 3-D in January 2013.) FvF is hoping to be more on the Creed/Murder on the Orient Express side of the equation, hoping to cross the $100 million finish line. Frozen II and A Beautiful Day in the Neighborhood will knock it back to third next weekend, then Knives Out will put it in fourth in what could still be a very nice five-day weekend for FvF over the Thanksgiving holiday.

With little challenge over the December 6 weekend, Mangold’s film should be at worst in the top five and that helped get Wonder over $100 million in 2017 after starting with $27.5 million. Ford is still looking at a $96 million production budget to overcome, but has also grossed an additional $21 million internationally. 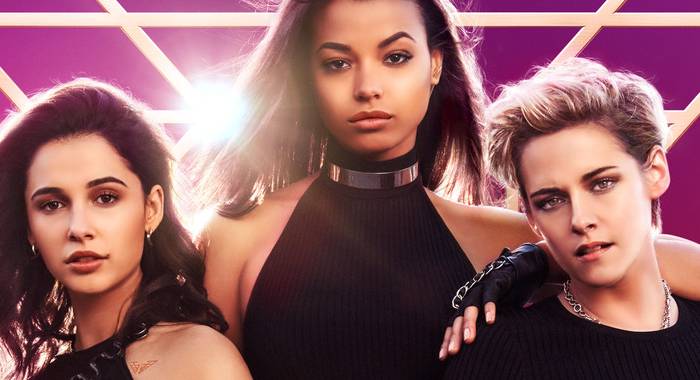 There is no sugarcoating the numbers on Elizabeth Banks’ reboot of Charlie’s Angels. Scoring 60% with critics on the Tomatometer so far may be the best number it is going to see going forward. The 2000 big-screen version took in $13.6 million on its first day; the 2003 sequel made $14.6 million on Friday. The 2019 version grossed just $8.5 million in its first three days. The $48 million production is not going to be the kind of disaster that Terminator: Dark Fate nor possibly Midway is headed for, but it is no question a major disappointment that has killed any hopes of it becoming a franchise of any kind. No film opening in November between $8 million and $9 million since 2000 has reached $26.5 million, which is less than Charlie’s Angels (2000) and Charlie’s Angels: Full Throttle grossed in their opening weekends.

The Top 10 And Beyond: Battle of Midway profitability, Joker crosses a billion

Last week’s number 1 managed to win the battle against Charlie’s Angels but it is certainly losing the war. Dropping 51% in its second weekend to $8.75 million, Roland Emmerich’s Midway now finds itself between The Bone Collector and Harlem Nights on the all-time November chart after 10 days. That would give Midway a final estimate between $60-66 million, except its weekend is roughly $2-3 million behind either of those films, so even that low bar is in danger of not being passed. The $100 million production has grossed just $18.6 million internationally for a total of $53.7 million to date and is looking like one of the biggest losers of 2019.

In the number 2 slot last week was The Shining sequel, Doctor Sleep. This week it is in sixth place after dropping 59%. With $25.03 million it is estimated right now to finish between $32 million and $35 million, below its $50 million budget. It has made just another $28.8 million overseas to date and, domestically, is looking like it will ultimately fall behind all of its challengers from last week. The John Cena family firefighter comedy, Playing with Fire, is on pace for close to $40 million and Paul Feig’s holiday-romance-with-a-twist, Last Christmas, could be looking at over $36 million.

Warner Bros. is probably not thrilled with Bill Condon’s The Good Liar getting started with just $5.6 million, but the thriller with Helen Mirren and Ian McKellen only carried a $10 million budget. The film should at least gross that much but will need some overseas love to cover its prints and advertising. Thankfully, WB still has Joker killing it. Not only did it become the first “R”-rated film in history to pass a billion dollars worldwide, but it also passed the 2008 total of Christopher Nolan’s The Dark Knight featuring Heath Ledger’s posthumous Oscar-winning role of the iconic villain. Joker is now the 43rd highest-grossing film of all-time with $322 million domestic and over $694 million internationally. (See our guide to the highest-grossing movies ever.)

Meanwhile, the holder of the best PTA of the year, Bong Joon-Ho’s Parasite ($128,072) pulled in another $1.9 million in 620 theaters in its sixth weekend. That is better than Moonlight did in its sixth weekend in 618 theaters ($1.21 million). Barry Jenkins’ Best Picture-winning film had made $8.54 million in its first 38 days of release. Parasite is at $14.4 million, which is almost exactly on par with what Best Picture nominee Good Night And Good Luck had at the same point.

This Time Last Year: A little grim for Grindelwald

The prequel extension of the Harry Potter universe, Fantastic Beasts: The Crimes of Grindelwald, opened atop the box office with $62.16 million, which was more than $12 million less than the first film in 2016, and ultimately grossed around $75 million less total domestically. The Mark Wahlberg/Rose Byrne comedy, Instant Family, opened in fourth to $14.5 million. And one of the bigger disappointments of the season, Steve McQueen’s Widows, opened in fifth place with $12.36 million. The Grinch held strong in second with $38.58 million in its second weekend. Bohemian Rhapsody was third with $16.04 million. In 10th place was the documentary, Burn the Stage: The Movie, about pop group BTS, which grossed $2.42 million in just 629 theaters. The top 10 films grossed $161.43 million and averaged 47.22% on the Tomatometer. (Burn the Stage still does not have an official score.) This year’s top 10 grossed an estimated $91.13 million and averaged 58.6% with critics.

On the Vine: A Beautiful Day and a Frozen Sequel

Parents are already making plans with their kids on when to see Disney’s Frozen II, the sequel to the studio’s highest-grossing animated film of all-time. Expect an opening in the nine-digit region and play throughout the rest of the season. While the children are engaged with Anna and Elsa, parents get a chance to spend some time with one of their childhood icons in A Beautiful Day in the Neighborhood. Tom Hanks plays Fred Rogers and may be looking at his sixth Oscar nomination and possibly his third statuette. Also vying for awards attention is the latest from Todd Haynes, Dark Waters, with Mark Ruffalo in a tale of environmental corporate malfeasance. From class action to just action there is also the oft-delayed cop thriller, 21 Bridges, with Chadwick Boseman. The film has was delayed July-to-September and then now to November 22.