Plus: Godzilla vs. Kong moves slowly towards $100 million and more from the box office for the weekend of April 30–May 2, 2021.

It was another fight for the top spot at the box office between the Demon Slayer and the Mortal Kombatants – though this weekend’s earnings suggest repeat business is not in the cards for theatrical viewings just yet. Even though the options have been limited, the big titles still continue to deal with challenges of reduced capacity and the alternative to view them at home at the time of premiere or after a few weeks. Godzilla vs. Kong, Tenet, and The Croods: A New Age are still the only films to gross more than $50 million since the pandemic began; though, on the bright side, the $40 million club is starting to get more crowded and it looks like last week’s releases may be headed for membership there.

King of the Crop: Demon Slayer Finishes on Top of Mortal Kombat, as Both Aim To Crack $50 Million 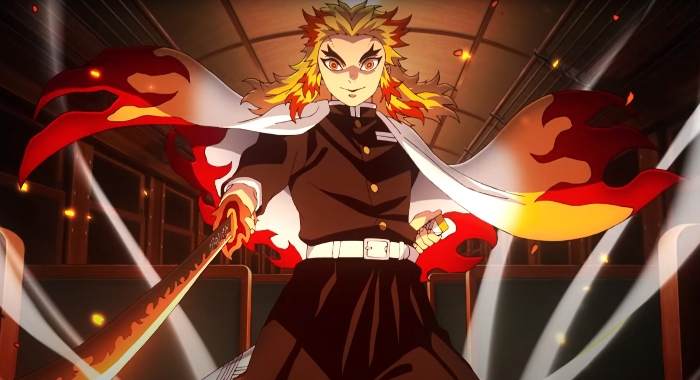 Funimation’s hit anime Demon Slayer, which topped the box office this weekend after coming in second last weekend, had actually been slowly gaining on Mortal Kombat’s total earnings throughout the week. Mortal Kombat led $23.32 million to $21.14 million after last Sunday; by Thursday, the race closed to $27.85 million–$27.70 million. While Demon may still trail overall, congratulations is in order to it pulling out the victory this weekend by an estimated margin of $6.4 million–$6.2 million; however, you may note that is a significant drop-off from last weekend for both genre films, and with no real competition to draw people away. Up until now, the biggest drop-off for a wide release during the pandemic was the 67.1 percent fall of Wonder Woman 1984 from Christmas weekend to New Year’s weekend. With a respective $6.4 million and $6.2 million each, Demon Slayer and Mortal Kombat fell 70 percent and 73 percent.

That brings their estimated totals to $34 million for Mortal Kombat and $32.2 million for Demon Slayer on their 10th days of release, which is higher than Wonder Woman 1984 ($28.43 million), Tom & Jerry ($22.84 million), and Raya and the Last Dragon ($16.04 million). All of those films are now part of the $40 million– to $50 million–gross club at the moment — and each of them also had or have same-day streaming options. That is something Demon Slayer does not offer as of yet. Those three films also grossed between $5.42 million and $6.5 million in their second weekends.

The drops could stabilize next week, but looking back to normal times, both Super Troopers 2 and the 2010 A Nightmare on Elm Street remake were the only April wide releases to drop over 70 percent in their second weekends. From their 11th days on, Elm Street grossed just an additional $14.6 million and Troopers Deux made only $8.4 million more. That was with theaters open in full and no pandemic. But it was also with more competition. So $50 million is not out of the running for Mortal Kombat and Demon Slayer, but the numbers are suggesting they will more likely be joining the second tier. Then again, given the circumstances, they are still amongst the highest-grossing films during this difficult period in history.

The $100 Million Watch: Godzilla vs. Kong Inches Towards Headline-Grabbing Milestone 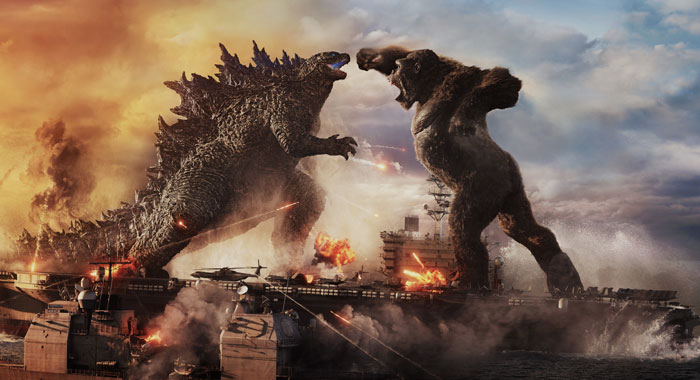 Another $2.74 million to its credit and Godzilla vs. Kong is over the $90 million mark. It is now available exclusively in theaters, with its one-month run on HBO Max finished, but there have not been any substantial numbers to show any sort of a boost because of that. GvK’s fifth weekend is right on par with Tom & Jerry’s $2.7 million. That family film has only grossed $7 million since then, which suggests the titans could still come up just short of becoming the first nine-digit release since Sonic the Hedgehog passed the milestone on February 23, 2020. This film is going to be in the top 10, however, through Memorial Day weekend and probably the first week of June, too. The numbers will drop, but theaters will be opening up more seats. Warner Bros. wants that number certainly for the headlines, but they may be even more satisfied if the film can surpass the $426 million worldwide total of Bad Boys for Life, which is still the highest-grossing film since the start of 2020. Godzilla vs. Kong has made over $408 million worldwide so far.

Horror just is not what audiences are looking for right now, it seems. Or should we say Rotten horror? Four weeks ago, The Unholy opened to $3.1 million and has quietly grossed $13 million with a 28% Tomatometer. William Brent Bell’s Separation grossed $1.8 million this weekend and currently sits with an 11% Tomatometer score (from just 19 reviews) — the worst score amongst all wide releases in 2021, one-upping Chaos Walking’s 23%.

On These Dates in Box Office History… 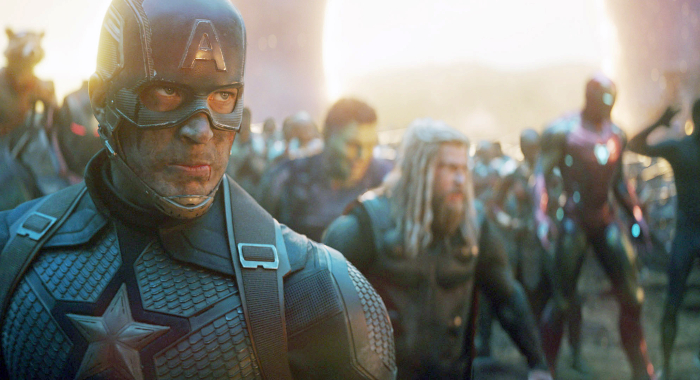 April 30: On this date in 2019, Avengers: Endgame became the fastest film ever to reach $400 million at the domestic box office when it earned $33.1 million on its fifth day of release.

Jason Statham reteams with Guy Ritchie for the first time since 2005’s Revolver in the thriller, Wrath of Man. Billy Crystal also returns to the director’s chair for the first time in 20 years since his HBO film 61* with Here Today, starring Crystal and Tiffany Haddish. Both films open wide in theaters next week.